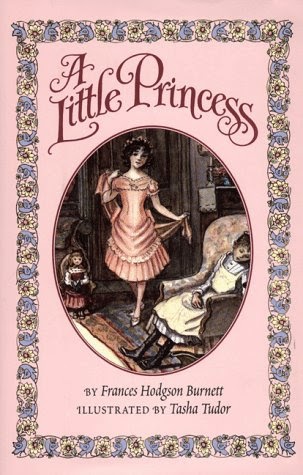 For my last reread pick, I went with a book from my childhood - A Little Princess, by Frances Hodgson Burnett.

While I remember enjoying it at the time, I always loved The Secret Garden more. This was for a number of reasons. First, Garden was pretty much Jane Eyre for kids and I was all over that. Think about it - the moors, the orphaned narrator, the dark angsty lord of the manor, secret damaged relatives locked away somewhere in the house. Also, Garden inspired an obscure Mandy Patinkin musical with an absolutely mesmerizing soundtrack which strengthened my devotion still more.

Finally, even as a young adult I recognized that Garden's Mary had more of a definite character arc than Princess' Sara. Mary starts her book as a pampered brat, then grows to appreciate the environment and the people around her. Sara, meanwhile, is a preternaturally kind, thoughtful, and compassionate child and, well, remains one throughout the book. At the time, I thought she was a little bit dull, even as the story itself was deliciously melodramatic and interesting.

However, reading it again as an adult gave me a little more insight. In case you're not familiar - A Little Princess is the story of Sara Crewe, a little girl adored and cosseted by her rich, silly father who sends her to school in England where she is further adored and cosseted by the headmistress, Miss Minchin. However, when her father abruptly dies after losing his fortune, Miss Minchin shows her true colours and forces the now-penniless Sara to work as a servant alongside Becky, the school's mistreated scullery maid.

If Secret Garden was Jane Eyre for kids, then Little Princess is the Book of Job. The book is not so much about how her character changes, but how her character endures in the face of hardship. Despite an extremely pampered upbringing, Sara isn't spoiled or unkind. She's always thinking of others and using her imagination to solve problems - she still does this when she's forced to live in an attic, with little to eat and under constant derision from almost everyone at the school, but it's just so much more difficult. Some of these scenes, even for me as an adult, were legitimately heartbreaking. In a lot of ways, Sara reminded me of Anne Shirley (of Green Gables) - another youngster who used her brilliant brain to escape a loveless initial upbringing.

As much as I adore narratives about flawed characters redeeming themselves, I think I've underestimated stories of Genuinely Good People who struggle to maintain that goodness despite dire obstacles.

A Little Princess also shines a pretty bright and painful light on privilege. A lot of this comes from Sara's friends Lottie and Ermengarde who attempt to maintain their friendship with Sara after her fall from grace. Most of their interactions end with Sara using her imagination and willpower to pretend her situation is better off than it is in order to make her friends feel more comfortable about her change in circumstances.

As often as I tried to remind myself that these two were upperclass children with no frame of reference for poverty, some of their interactions with Sara were excruciatingly awkward to read. In one scene, Ermengarde sighs that she wishes she was as thin as Sara - her starved orphan attic-dwelling bestie. Yeah, that's awful, but it's kind of the point - FHB points out how even the most well-meaning wealthy person can be utterly oblivious to the suffering of others.

Of course, with all that realness, there's also a fair about of delightful fantasy and melodrama - loving descriptions of expensive doll clothing, diamond mines, bad investments, intuitive Indian manservants, and mischievous monkey sidekicks. Reading it felt like eating my cake and my vegetables at the same time. 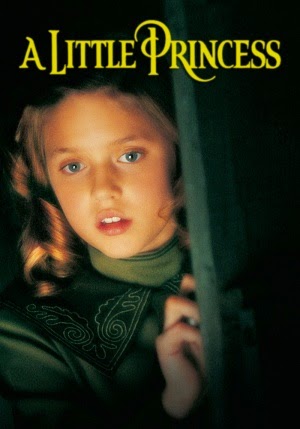 Once I finished the novel, there was really nothing else to do but watch the 1995 film adaptation, directed by Alfonso Cuaron (better known for his work on Gravity, Children of Men, and Harry Potter and the Prisoner of Azkaban).

There are a lot of things this film does right - the sumptuous visuals, the creative cinematography, and the gorgeous music, to name a few. The actress who plays Miss Minchin is flawlessly cast (Eleanor Bron), and you might recognize Sara Crewe's father as Sir Davos from Game of Thrones (Liam Cunningham).

While I was irked at them moving the setting from England to America (and from 1888 to 1914), some of the changes added interesting layers - particularly the casting of scullery maid Becky as African-American. That added an extra visual and contextual oomph to just how Becky was the lowest of the low in the school's social hierarchy.

That being said, all this goodness melts away the moment the actress playing Sara (Liesel Matthews) opens her mouth. Oy. While the visuals and the music for this movie are beyond compare, the acting and dialogue are laughably ham-handed, a stampeding bull of overacting through the exquisite china shop of FHB's original story. The underage acting in this movie is just awful.

The film's biggest deviation from the source material lies in the ending (mild spoilers). In the novel, Sara's father dies of a brain fever after learning he's been ruined. It's his guilt-ridden business partner who tracks Sara down and rescues her from drudgery to atone for fooling around with her father's money. In the movie, Sara's father is still alive - albeit mustard-gassed into amnesia. He conveniently recovers his memories in time to save her from the police (long story).

Unlike many others, I didn't take issue with this change. Both endings are equally, outrageously melodramatic - plus the film avoids the vaguely classist ending of the novel by having the Crewes adopt Becky. In the book, Becky remains a servant - albeit Sara's better paid, better fed servant. Appropriate to the politics of the time in which the novel was written, FHB always maintained a boundary between the torments of Sara (an upperclass girl forced into a servant's position) and Becky (a member of the servant class in her natural sphere who simply has the misfortune of a cruel employer).

The only real beef I have with the film (other than the acting), is the fate of the horrid Miss Minchin. The film takes an outlandishly childish and nonsensical turn with her cosmic punishment, showing us that this educated, well-connected woman of means has been reduced to a chimney sweep's assistant in a matter of a few weeks. A fate which makes absolutely no damn sense. If you really want to see Miss Minchin suffer, read the book, in which her humiliation is far more realistic, far more searingly personal, and thus much more delicious. 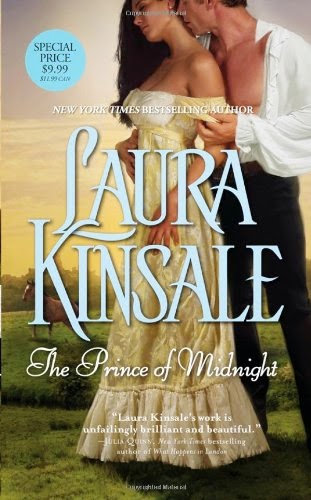 The Prince of Midnight is a rich, madcap novel that gives us a grounded, layered romance in the midst of a rollicking, insane, coincidence-laden plot. I highly recommend.
A+
Posted by AnimeJune at Thursday, January 01, 2015 No comments: