I won an Award! 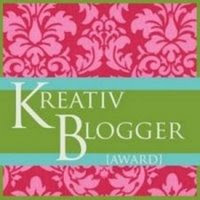 The wonderful Lusty Reader, whom I met in Washington D.C. during the RWA National Conference, nominated me for the Kreativ Blogger Award! Awesome! This is the first time I've won any sort of blogger award, and I'm so pleased. I have been feeling really Kreativ lately thanks to RWA - I finally started work on my novel's second draft, and I've already finished three chapters (prologue included). Sometimes it's difficult to get started writing. To me, writing is like pushing a boulder down a hill - the initial push is really difficult, the rock looks really big and it's really heavy - but once you go ahead and do it, it's gets easier and easier to keep writing, until whenever you're not, you're itching to go back and do it.

But I can't just sit on my electronic laurels:

The Kreativ rules state that:

Once you receive this award you are to list seven of your favorite things and then nominate seven other blogs.

Okay! In no particular order, seven of my favourite things:

1. Canadian spelling. I'm a bit like Anne of Green Gables - I believe spelling really can affect how romantic or beautiful a word seems to you (to my Nana Ann's dismay, I do think the e on the end of Anne makes it a prettier name). To me, flavour and honour and parlour look so much classier than flavor, honor, and parlor. Plus, it's always a bit of a jolt to read books set in historical Britain that use American spelling.

Pronunciation, too - I'm an Elizabeth with a zed, not a zee.

2. Mary Balogh. Mary Mary Mary Mary. Love her. Love her. I've only read four of her books so far (I'm too damn slow!) but every time she astounds me with how she takes romance cliches and turns them on their ear. Plus, she lives in Canada, only one province away from me (Saskatchewan). 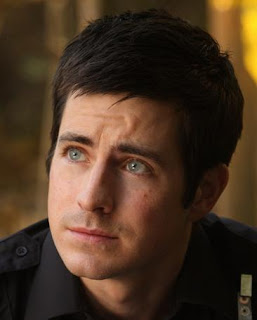 4. Craig Olejnik. He's a Canadian actor who stars in CTV/NBC's The Listener. Now, when I created the hero of my novel, The Duke of Snow and Apples, I didn't have a particular actor or real-life person in mind. Frederick Snow started out as rather a type of hero I like and rarely see - he's tall, lanky (not beefy), nimble, with dark curly hair and is the complete opposite of tanned (he blushes and sunburns). He also has huge blue eyes that are a source of his secret magic power, but are also his most distinctive and beautiful facial feature. Again, I had no image in mind when I created him a year ago - but then here comes Craig Olejnik and I just went, "Holy CRAP - he's got Frederick's eyes!" Weird. But cool. And pretty.

5. Books. They are my heroin. And RWA was an enormous "Heroin? You like heroin? Have some free heroin!" festival for me.

6. Choral Music. Weird, I know - but this pertains more to singing it than listening to it. I've been part of my University's mixed chorus for going on five years (even though I'm no longer *in* University) and I never fail to feel awed by the feeling of singing these gorgeous, enormous, epic songs with a hundred and fifty other people. Find an example of a choir singing "O Magnum Mysterium" on YouTube and you'll know what I mean. I love being a part of a mixed chorus. I'm a Soprano II, and I usually sit on the far left, and back, because I'm one of the louder voices (I'm the choral equivalent of a linebacker). There's even a video of me somewhere of my solo from The Little Mermaid medley we put on in 2007.

7. Instrumental Film Scores. I love movies, and I know some scenes just wouldn't be the same without the score. I have a great time imagining scenes from my novels when I listen to them. I love the bombastic themes by Danny Elfman and John Williams and Jerry Goldsmith (love the Rudy soundtrack!), although the subtler ones are good too (particularly James Newton Howard's theme for M. Night Shyamalan's Unbreakable).

Now, for the bloggers! Lusty Reader's already nominated a bunch I already know and love, so I nominate (again, in no particular order):

1. Ramblings on Romance. Not only do I love Kristie J's take on romance (and So You Think You Can Dance), but she's a truly amazing woman in person, too!

2. The Misadventures of Super Librarian. Wendy is an inspiration in so many ways - first, I love her blog and her lightning reviews, but she also writes about the importance of romance in libraries (my public library, for all of its good qualities *cough*booksales*cough* has a sucky romance section it does not organize). Is also super-rad in person.

3. The Booksmugglers. Love these gals. They blog about three of my favourite genres - romance, fantasy, and YA. Their reviews are hilarious and often spot-on (although we've disagreed on things before). They asked me to do a Guest Dare and instantly turned me into a Linnea Sinclair fangirl. One of my favourite blogs ever!

4. Babbling about Books, and More. I got onto her blog thanks to her posts on Ramblings on Romance and Powerpuff Reviews with the Booksmugglers. Seriously awesome - and she's also a romance blogger who's trying to make it as a romance author (like me).

5. Leslie's Psyche. Just an all-round excellent blogger, who reviews both fantasy and romance, my main genres. At the same time, she also does reviews of much older books, which is very interesting to me, who is just getting into the genre and can usually only find the newer books. She's the one who piqued my interest in Westerns.

6. The Book Binge. They always impress me with the sheer number of reviews they do, always one or two a day. This means I always check in with them, even if a good chunk of the romances they review tend to be outside my circle of interest.

7. Smart Bitches, Trashy Books. Last but certainly not least - are these gals. They don't review too often on their site anymore, now usually posting news in the industry and discussion topics, but these are the women who got me started in romance. They're the ones who suggested the first romance novel I ever read (Jennifer Crusie's Bet Me), back when they were still called The Smart Bitches Who Love Trashy Novels, and they got me hooked. I can't even remember what website I was originally on when I clicked the link to the Smart Bitches, but the beautiful site design attracted me, and the hilarious reviews that kicked bad romance novel ass while celebrating wonderful, intelligent romance inspired me to start reading a genre I'd never thought of trying. They're pretty much the reason I am where I am today.

So that's about it! A big thank you to Lusty Reader and all my reader fans!
Posted by AnimeJune at Tuesday, July 28, 2009