Oh me, oh my, there are many things in life to which I am immune - H1N1, cilantro, and the lure of Robert Pattison and the rabid muskrat surgically embedded onto his scalp.

But one of the things which I absolutely cannot resist is a Library Book Sale. Ooooh, the tables lined with books, like adorable (slightly bent and battered) puppies wondering why fate has abandoned them - and won't you please take them home, for only a dollar each?

To me, Library Book Sales are my hunting sport, and I grab my rod and my reel and a bunch of friends and see what literary fishies I can pull into my boat. This time around, I got a relatively huge haul - for the price of two regular novels, I picked up 16 used books all total. Now, having clumsily compared books to both puppies and fish, let's see what I picked up this time:

I first started this series with Melusine and was blown away. We have two half-brothers - Felix, the cultured, pompous, unabashedly gay but very, very damaged wizard - and Mildmay, the hardscrabble, razor-sharp, humorous and decidedly straight thief.

Throw in some evil mentors, great worldbuilding, magic, several inappropriate sexual advances, and brotherly bonding that may sometimes stray beyond what is culturally acceptable, and you have a heady fantasy series. Not only that, but the chapters are told by a different brother each time and it is obvious which one is narrating because they both have such distinct voices. Loved Melusine, but I checked The Virtu out at the library. I took the opportunity the Library Sale provided and snatched up a copy of The Virtu to keep, along with the next volume, The Mirador. I haven't read them all in at least several years, though, so it looks like I may have to re-read. 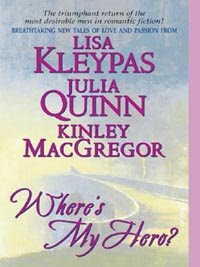 These were books written by authors I knew and liked (or had, at one point anyway). Yes, I succumbed and decided to try Lisa Kleypas, even after the tremendous silliness of Again the Magic and Scandal in Spring convinced me that there is such as thing as Too Much Alpha. I do have the balm of Julia Quinn's story in Where's My Hero? and perhaps with a contemporary such as Blue-Eyed Devil, Kleypas' purple-candy-coated writing style may be toned down just a tad. I normally avoid Highlander romances, but I enjoyed Ashley's The Madness of Lord Ian Mackenzie so much I decided to try Highlander Ever After - primarily because even if the ochs and ayes and ye kens overwhelm me, I can rest easy in the knowledge I only wasted one dollar on the experience. 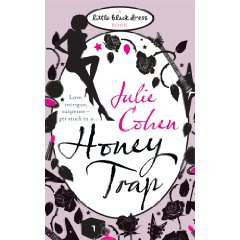 These are the books I just decided to go for - the ones where I said - "hey - that book's about a preacher with (let's count 'em) an 8-pack, why not?" Yes, basically books by authors I've never read. If I like them, more power to me, and if I don't - well, it's a dollar lost. Oh well. I picked up Sebastian because I distantly recall a discussion on a romance blog about Anne Bishop, plus it sounded like a nice romance fantasy. I've similarly heard good things about Wells, and went with The Dangerous Duke because it sounded more drama heavy than Scandal's Daughter (also at the sale).

As some of my regular readers may know, I tend to have one rule when it comes to book buying - that is, I won't buy more than one book by an author I haven't read yet. It really sucks to read a highly-anticipated book only to discover it's a dud, but it's worse when you realize you have the next two books on the shelf, too (*cough*CLWILSON*cough*). I have broken this rule on occasion (with Judith McNaught and Kate Noble, for instance), but as I've discovered it's usually a better bet to take it slow and see if you like an author before you devour their backlist.

I totally broke that rule for Gayle Callen. She's awesome in person, but I have heard disturbing rumours on the nets that her books are, how shall we say - le crap. I already have Never Trust a Scoundrel on my TBR, but then I saw this copy of The Viscount in Her Bedroom and I HAD to have it! It has a blinded hero! And - and something something something BLIND HERO. Sorry, but I tend to have soft spot for stories where the hero or heroine has been permanently hurt or disabled in some way that makes me re-evaluate life and their priorities. I think I'll read Viscount first and save Scoundrel for later.

And last, but certainly not least:

Catches of the Day:

Ah yes, les pieces de resistance. The reason why everyone should try a Library Book Sale - you really never know what you're going to find, but you're just as likely to find something fantastic, as not.

For the second time, I have managed to find an out of print Loretta Chase novel at a book sale, something so precious I snatched The Lion's Daughter up with a high-pitched squeal, then proceeded to hide it under my coat so that none of these other bitches could steal it from me! Along with that, I also found another Jo Goodman, one of those writers who, even though I've only read two of their books, I want every single thing she writes. And yet another Loretta Chase with Lord Perfect, with a cover laminated to razor sharpness, but who cares! Hooray!

So I am momentarily sated in my book-buying for now. Keep an eye out for Library Booksales of your own - you never know what you might find!
Posted by AnimeJune at Saturday, February 06, 2010