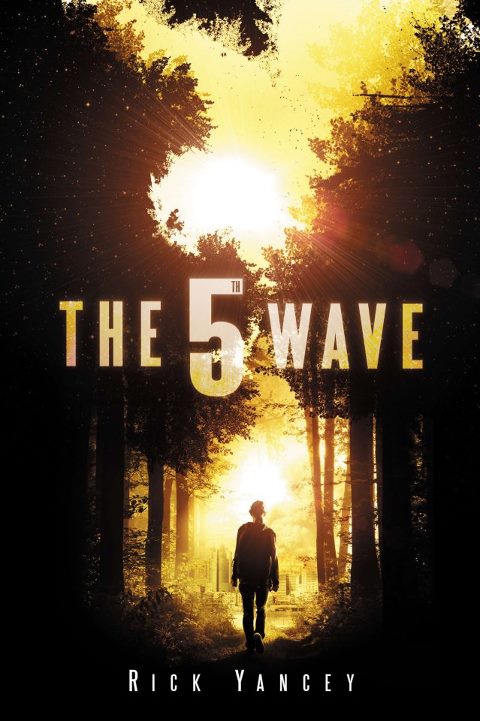 Cassie: A 17-year-old survivor of the alien attack who needs to rescue her little brother, Sammy, after he's kidnapped by aliens.

Zombie: A former high school  football star who's rescued by the surviving military who want to turn him into a soldier to fight the alien menace. But is he brave enough to make up for his past mistakes?

Sammy: Cassie's little brother who is kidnapped by alien soldiers (or was he?)

Vosch: The commander of the surviving military who helps train Zombie to fight in the human resistance (or is he?)

Evan Walker: A lonely farm boy subsisting in his family's farmhouse who rescues Cassie from a snowbank (or is he?).

Ringer: A hardbitten but talented recruit on Zombie's team who gives him another perspective on the alien menace (or is she - okay I'm done).

The Word: I realize that I'm relatively late to the 5th Wave party. This book has been touted up and down the blogosphere and, for much of that time, I remained more or less apathetic. I wasn't in the mood for yet another super-depressing dystopian YA. But I kept reading the reviews.

The first wave (heh) were all rapturous reviews, all about the details and the worldbuilding and the super-strong heroine, and the lack of gender-specific and homophobic violence to unsubtly show teen readers that Hating the Gays and Ladies Is Bad (an unfortunate trait in lesser dystopians). The second wave of reviews were the naysayers - the ones who said it was boring and meandering and who didn't like the super-creepy stalkery Twilight-esque romance halfway through.

Well, I've finally finished the book, and while I understand the negative reviews about it, I generally liked it. A lot. A hell of a lot. Even - perhaps especially - the romantic subplot.

The 5th Wave is about an alien invasion - only the aliens are definitely not the type to let Will Smith and Jeff Goldblum take them out with a '90s-era computer virus. No, these are aliens who know how humanity thinks. Thanks to electromagnetic pulses, tsunamis, and engineered diseases, they've successfully exterminated 97% of the human population. And those were just the first three waves of their plan.

Cassie, our teenage heroine, discovers the hard way how horrible the fourth wave is when official-looking soldiers visiting her refugee camp turn out to be aliens in disguise, who swiftly butcher every survivor over the age of twelve. Cassie manages to survive, but now the aliens have her little brother, Sammy.

While this is going on, another survivor named Zombie is rescued by the remaining military, who have found a way to identify which humans are real, and which ones are infested by aliens. Zombie undergoes extremely strenuous training in order to help fight the alien menace - but how far will he be expected to go to keep humanity from going extinct?

Yancy creates a truly hopeless situation for humankind - the fourth wave (aliens who look like humans) psychologically hamstrings any sort of last-ditch human resistance. It's hard to join forces against a common enemy when your enemy is indistinguishable from your friend. The resulting tension, isolation and paranoia further shape our characters and their respective grips on humanity. The 5th Wave is an extremely effective thriller, not least of which because the conflict is just as much internal as it is external.

As for the romance - well, it'd be hard to go into detail without spoilers so you've been warned. While Cassie is injured looking for Sammy, she is rescued by a reclusive boy named Evan Walker. He takes care of her, helps her heal, cooks for her, and eventually falls in love with her (and vice versa). The only problem? He's an alien (of course). While I fully understand the people who thought Evan was a creepy, morally-compromisd, stalkery Cullen from Space, I actually really liked him and his relationship with Cassie.

For one, it is so, so heartbreakingly understandable why Cassie would fall for him. After months without real human contact, Cassie runs into an adorable boy who gives her hot baths and homemade hamburgers. Someone she can relax around. Talk to. Be with. The fourth wave turned even ordinary conversations with other people into an unthinkable luxury. But still - Evan's an alien. And he's not exactly forthcoming about that fact.

The big difference (to me) between Twilight and The 5th Wave is that both the narrative and the heroine of 5th Wave acknowledge the romantic subplot's problematic nature. Evan's stalking of Cassie isn't chalked up to his "being in love." He's a Silencer - an alien in human form who is trained to hunt down and kill other humans. And he does so. Many times. The narrative is pretty clear cut on all of this, with no sugar-coating. And yet he can't manage to take out Cassie. The part of him that is human longs for human contact as much as Cassie does, and that part of him might just be strong enough to overpower the part of him trained to exterminate.

Moreover, when Cassie finds out Evan's an alien (using her own brainpower, thank you!), it is a huge conflict for her. She does not take his being a Silencer lightly or excuse his actions before he met her, and we've already spent the first third of the book understanding her as an uncompromisingly intelligent character. So when Evan continues to fight for her, and she continues to feel for him, it results in a hugely satisfying emotional payoff.

In short, Evan is not so much an Edward Cullen from Twilight as he is Spike from Buffy - he's killed people, both story and heroine acknowledge and respond realistically to this, but he wins us over with his heroism is the present.

To me, what makes The 5th Wave so powerful a novel is that the protagonists' victory doesn't come from surviving to beat the aliens, but from their choice to survive even though they know they're doomed. The aliens have all but won - what's the point of going on? Why bother? Why continue? When everything is all but over, just the act of placing value on human life is an act of defiance. Of course, the flip-side of this is that the novel is extremely dark and depressing. The reason this review isn't an A+ or even an A is because, well, there is a surfeit of navel-gazing what's-the-point? internal monologues from Cassie and Zombie. We get it. Life sucks. That's kind of the whole novel's point.

But if you can get past that, The 5th Wave is a well-developed, psychologically tense yet thoughtful novel with a fantastically-realized heroine.
A-
Posted by AnimeJune at Saturday, September 14, 2013