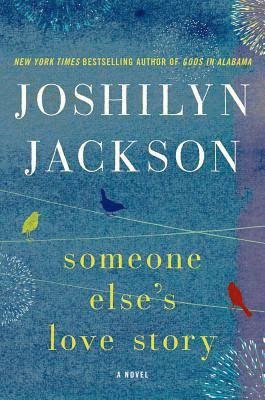 Shandi Pierce: A young woman with a 3-year-old son who decides to finally find out the truth behind her son's conception.

William Ashe: A brilliant, autistic chemist who is still is mourning his lost family thanks to a car accident.

Natty: Shandi's genius-level son, and the love of her life, regardless of how he came into the world.

Paula: William's bitchy and AWESOME attorney BFF - who does not like Shandi or the moves she's been putting on William.

Stevie: The hopeless loser who tries to rob a Circle K and winds up holding everyone hostage.

Bridget: William's wife. Was planning to become a nun before he wooed her away with his autistic charm.

The Word: In Joshilyn Jackson's engaging and unconventional romantic story, our hero and heroine meet during a robbery at a Circle K. Shandi is a single mother who's spent the last four years repressing the fact that her beloved son Natty was conceived from rape. William is a brilliant chemist with high-functioning autism who's still struggling to recover from the loss of his wife and infant daughter a year after their car accident.

When William ends the hostage crisis by incapacitating the gunman, taking a bullet in the process, Shandi becomes convinced that their meeting is destiny. She insinuates herself into William's life by asking him to help find the man who fathered Natty (with SCIENCE! Just roll with it), all the while taking care of him, getting to know him, and showering him with good ol' southern hospitality. Unfortunately, she faces fierce opposition from William's best friend Paula, her own BFF Walcott, and William's own fixation on his lost wife.

With this novel, expectations are not your friend. Jackson builds the novel on well-written but instantly-recognizable cliches - the jealous best friend, the over-critical mother, the chirpy female protagonist who flutters about in frilly sundresses dispensing home cooked meals to the reclusive male protagonist. However, just when you think the narrative is about to turn left, it veers right. Without giving too much away, the novel is about Shandi, William, and why destiny brought them together - but not in the way you think.

I really enjoyed how the novel establishes a thematic conflict between logic and faith, elements both our protagonists consistently struggle with. For Shandi, this is internal as she relinquishes her irrational belief in Natty's immaculate conception in favour of confronting what really happened. William explores this theme as he reminisces on his marriage to a woman who almost became a nun. William, thanks to his autism, is extremely literal and finds his wife's deep religious faith difficult to reconcile. And yet, despite this, William is just as guilty as Shandi of retreating from painful truths.

Joshilyn Jackson crafts an incredibly empathetic, warm-hearted novel that satisfies on an emotional level without being overtly manipulative (except perhaps at the end). While I'll admit I wasn't entirely happy with the too-sudden swerve at the end, by that time, I'd come to love the characters too much to abandon ship. I'll be keeping this one on my shelf for a while - I suspect it will improve upon repeated readings.
A-
Posted by AnimeJune at Thursday, December 12, 2013