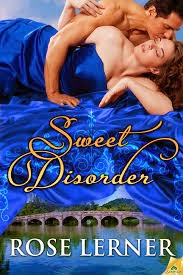 The Chick: Phoebe Sparks. The widow of a freeman, whoever marries her inherits her husband's right to vote - which makes her a target for unscrupulous election agents.
The Rub: Despite her unwillingness to marry again, Phoebe's hands are tied when her sister is impregnated by a callous seducer. Phoebe will need to marry before the next election in order to preserve her sister's future.
Dream Casting: Ginnifer Goodwin.

The Dude: Mr. Nicholas Dymond. Tired of the pitying looks from his zealously political family, he agrees to help his brother's campaign by finding a suitable Whig husband for the recalcitrant Mrs. Sparks.
The Rub: Nick's matchmatching hits a speed bump when he starts falling for Phoebe himself.
Dream Casting: Chris Evans.

The Plot:
Phoebe: Even though I'm poor, I refuse to marry again!

Nick: Even though I'm rich and privileged, I'm going to stay in bed and angst!

Nick: DAMMIT. Well, Phoebe, I found you a sexy baker to marry!

Phoebe: We have sexy baker, we have a sexy baker. Can I get a sexy factory owner?

The Tories: We have a sexy factory owner with a motherless daughter!

Phoebe: You're going to have to up the ante, Nick.

The Tories: Um, our candidate has Racism and White Privilege?

Phoebe: LOL NO. SOLD! To the Angsty Wounded Lord's Son with Abs!

Helen: Except my Secret Baby has a dark past!

Nick: Screw it! I'll dump my crazy family for you!

Phoebe: SOLD! To the Angsty Wounded Regular Dude with Abs!

The Word: Rose Lerner is kind of like the Olympics. Sure, a book of hers only comes out once every two to four years - but when one does, I lose my everlovin' mind over it for two weeks.

In the small town of Lively St. Lemeston, only freemen are allowed to vote in elections. Our heroine, Phoebe Sparks, is the widow of a freeman - which means whoever marries her acquires that freeman status, and thus the ability to vote. With such a close election coming up, both the Whigs and the Tories see Phoebe as the perfect way to guarantee a vote for their sides: by providing her with a husband.

Nicholas Dymond, the older brother of Tony Dymond (the Whig candidate), is charged by their mother to interact with Phoebe and find a worthy (and Whig-loyal) husband for her. Feeling depressed and useless since his military-career-ending injury in Badajoz, Nick feels he should at least try to do this much for his ambitious and highly political family. The only problem? Phoebe Sparks, despite her impoverished status, has no desire to get married and repeat the experience she had with her first husband, a newspaper editor.

Unfortunately, fate forces Phoebe's hand when her teenage sister Helen shows up on her doorstep - desperate, pregnant and unwilling to name the father. The only way Phoebe can acquire the resources necessary to provide for Helen's baby and protect her reputation is by marrying a political party's chosen husband in return for their protection. Nick promises to help her - for reasons that grow increasingly less political and more personal.

Rose Lerner once again provides a thoroughly entertaining and unerringly insightful romance rife with fascinating historical detail and unconventional situations. There is a sharp political divide between the Orange-and-Purples (Whigs) and Pink-and-Whites (Tories) in this town, and almost everyone has a political opinion one way or the other. Phoebe, although politically Whig, has to consider turning Tory if that party offers more security for her fallen sister, and her observations are thought-provoking - even as she worries about the compromises she's making.

Of course, the great thing about Rose Lerner is that not only does she give us great settings and unconventional situations, but she's a master at creating realistically flawed and nuanced characters. Both hero and heroine are Good People, who do Good Things - but they're not above feeling the occasional surge of resentment at having to sacrifice so much for a foolish sibling.

Phoebe is a strident, intelligent, passionate woman who's convinced, thanks to her manipulative mother and unhappy marriage, that such traits make her a shrew and unfit to be a wife. She's constantly struggling between her instinct to storm in and fix things and her fear of being perceived as a crass, interfering harridan. Despite her tendency to shoulder the blame for other people's unhappiness, she never comes across as a hapless martyr.

Nick, meanwhile, isn't just any ol' Angsty Loner Noble With a Limp from Romance Central Casting. His limp is a cunning physical metaphor for Nick's feelings of uselessness and inferiority as the apathetic black sheep in a family of flamboyantly political overachievers. Having grown up with campaigners and double-speak his entire life, he's instinctively trained to say what other people what to hear - and utterly unable to speak for himself.

The secondary cast is also stellar - including star-crossed lovers, racist Tories, gormless bakers, oily election agents, and two of the most brilliantly-characterized Bad Mothers I've ever encountered in romance.

As much as I joke about how I wished Rose Lerner wrote faster, it's worth the wait when each novel she writes invokes such a superb balance between romance, humour and history. Absolutely flawless.
A+
Posted by AnimeJune at Sunday, March 16, 2014