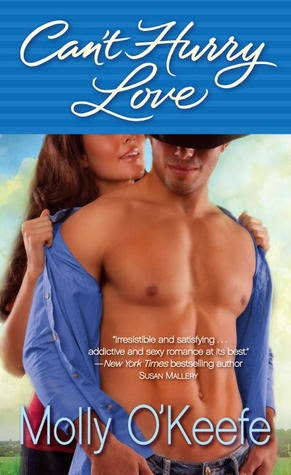 The Chick: Victoria Schulman. A penniless (and notorious) widow with a young son, she hopes to use the cattle ranch she's just inherited to rebuild their lives.
The Rub: After being an emotionally fragile failure all her life, does she have what it takes to follow through on her dreams?
Dream Casting: Sandra Bullock.

The Dude: Eli Turnbull. Generations ago, the cattle ranch used to belong to his family, until Victoria's ancestors took it away. He's grown up trying to follow through on the family grudge.
The Rub: He should hate Victoria for getting the land that should be his - but could she be worth giving up decades' worth of enmity?
Dream Casting: Jake Gyllenhaal.

Victoria: I know you wish this land was yours and not mine, but can we work together?

Eli: ...I am strangely okay with that decision. We should make out some time.

Victoria: Sure! So long as you don't mind that I'm turning the ranch you wanted into a spa!

Victoria: And for the architect, I've hired the mother who abandoned you to the tender mercies of your drunk father when you were eight!

Eli: I AM THE OPPOSITE OF OKAY WITH THAT.

Victoria: And my cute fatherless boy also looks up to you!

Eli: Hot Cowboy to the Rescue!

Because from the very first page of Molly O'Keefe's second novel, Can't Hurry Love, I fell right into the best parts of enjoying romance - the drama, the tension, the banter, the emotion, and the writing.

The sequel to Can't Buy Me Love (which is equally awesome sauce), this novel centres on Luc's achingly desperate sister Victoria. She was the leader of New York high society - until her husband committed suicide rather than face the consequences of his Bernie-Madoff-style embezzlement. Penniless, friendless, jobless, hopeless, Victoria crawled back to Texas with her young son in order to build a better life with the cattle ranch her father, Lyle Baker, left her in his will.

The only problem? She owns the ranch, but Eli Turnbull, the ranch foreman, was willed the cattle - and he's furious. After working under Lyle Baker for years, he expected to inherit the land that used to belong to his family before the Bakers bought it up. Having his ancestors' land pass into the hands of yet another Baker is just another log on the fire of the Turnbull/Baker feud so he repays the favour by selling the cattle - rendering Victoria's property useless (no cows = no income to support the ranch).

When Victoria confronts him on this, he impulsively kisses her and when he takes it too far, she fires him. Unfortunately, this does nothing to douse their passionate mutual attraction.

Both characters are so nuanced and real that their fears and insecurities bleed across the pages. I love me some drama, and O'Keefe dishes up the best kind - the drama that springs from vividly realized characters confronting powerful conflict. Victoria spent her life being abused, punished, and lied to by the people who were supposed to protect her, and she internalized it all. It's delicious to read her come into her own as she decides to turn her ranch into a first-class spa - but she has to struggle every step of the way against her instinctual mistrust in herself. Eli is a little more grounded - until the mother who abandoned him when he was eight years old shows up in his life again, hoping to rebuild the maternal bridge she burned, splinter by charred, damaged splinter.

The past is a weighty thing in Can't Hurry Love - almost physically weighty. Victoria's spent the last couple of years bowed near to breaking beneath the strain of her guilt and self-hatred. Eli, meanwhile, has struggled beneath the pressure of his family's anger. As Victoria decides to turn the ranch into a spa, and Eli uses his newfound freedom to pursue horse breeding, it looks like they might be able to leave their heavy baggage behind. But when they give into lust and engage in an affair, their fear of history repeating itself threatens their attempts to strengthen the relationship.

See what I mean? Drama. These are vibrant, visceral characters and Molly O'Keefe's gorgeous writing draws out their pain with lavish, layered brushstrokes. But it hurts so good.
A+
Posted by AnimeJune at Thursday, April 03, 2014