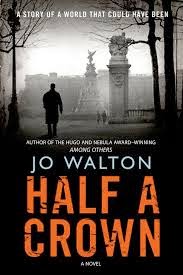 I suppose you could say she wrote herself into a corner where any positive ending would have seemed like a cheat, but it could have been accomplished far less ham-handedly than it actually was. A disappointing conclusion to an otherwise interesting series.
C
Posted by AnimeJune at Thursday, November 13, 2014