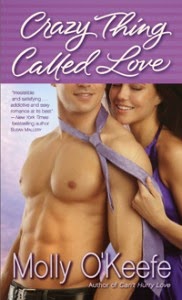 Crazy Thing Called Love is no different. A marvellous addition to Molly O'Keefe's growing canon.
A
Posted by AnimeJune at Thursday, November 13, 2014