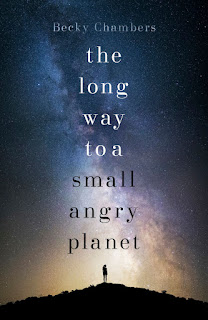 The Long Way to a Small Angry Planet is a brilliant, rare science fiction novel that successfully explores vast galaxies and alien themes without sacrificing the warmth and empathy of character-based storytelling. Put down what you're reading and read this instead.
A+
Posted by AnimeJune at Wednesday, May 11, 2016