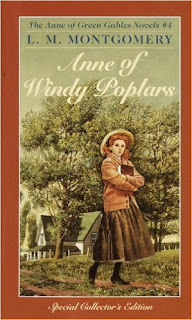 A very sentimental, rose-coloured A+
Posted by AnimeJune at Sunday, May 22, 2016