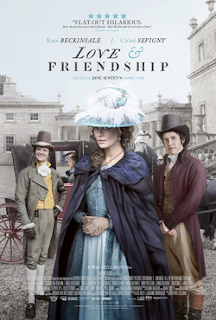 Perhaps I might have enjoyed this movie more if I'd read the book first. But as a film on its own merits, Love and Friendship is a hot mess. Give this one a pass.
C-
Posted by AnimeJune at Wednesday, June 01, 2016