It's time for the Weekly Wanting, folks! This week was a surprisingly fertile one for books that caught my interest, as this longer than usual Wanting post will demonstrate. 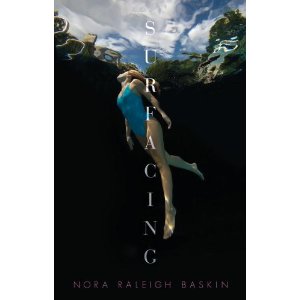 Genre: YA, Contemporary, Magical Realism.
Cover Snark: Teen Angst Now Comes with a Swimsuit Competition
The Story: Our heroine, who dreams of becoming a professional swimmer, is rendered an outcast by her near-magical ability to force people into revealing unwanted truths in her presence.
Why I Want It: The story sounds so interesting - what would you do if your mere presence made people uncontrollably start TMI'ing around you? What would it be like to be friends with or hang out with someone with this power? And what secrets will she wind up finding out? Unfortunately, looks like I'll have to wait until March 2013 to find out. 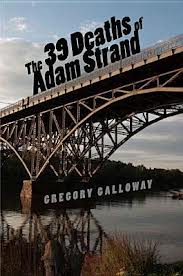 The 39 Deaths of Adam Strand, by Gregory Galloway

Genre: YA, Fantasy.
Cover Snark: Perfect book for the bridge-and-tunnel crowd.
The Story: Teenager Adam Strand is so very bored with his life that he's killed himself 39 times - even though, inexplicably, he keeps coming back to life afterwards. It'll take something truly special to make him appreciate life and the bonds of connection that come with it.
Why I Want It: Well, mainly because the idea sounds a lot like Groundhog Day. That being said, the blurb does make Adam out to be an obnoxiously selfish ass so we'll have to see if the creative story and good writing will counteract that. (Released February 26, 2013) 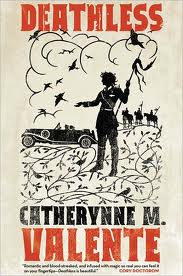 Genre: Historical, Fantasy.
Cover Snark: Old-School is the Best School.
The Story: Valente takes on the Russian folktale of Koschei the Deathless, with a nuanced, modern twist.
Why I Want It: Cathrynne M. Valente. See: In the Night Garden, Cities of Coin and Spice, The Girl Who Circumnavigated Fairyland and The Girl Who Fell Beneath Fairyland. Case closed. (Already released) 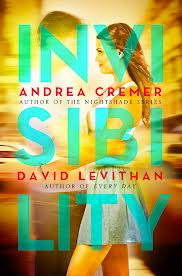 
Cover Snark: This cover looks so radioactive I think I got cancer just from saving this image to my computer.
The Story: Our hero has been invisible his whole life thanks to a curse his magician grandfather cast on his mother. When he finally meets a girl who can miraculously see him, life's peachy - until his grandfather re-enters his life and the magical poop hits the fan.
Why I Want It: Magic, wizards, teen romance, and David Levithan. That's a match made in heaven if I've ever heard one. (May 7, 2013)

And that's it for this week! What books are you guys eagerly wanting?