"The Lady's Secret," by Joanna Chambers 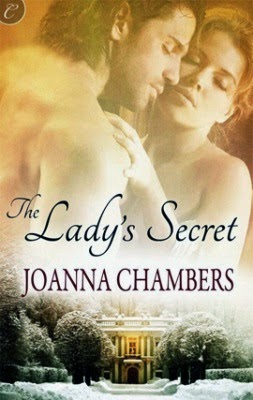 The Chick: Georgy Knight. She works her fingers to the bone as an assistant to a theatrical troupe - even though the blood of an earl runs through her veins.
The Rub: A chance to prove her true parentage comes up - but it involves dressing as a boy and waiting hand and foot on a super-hot aristocrat.
Dream Casting: Gwyneth Paltrow, circa Shakespeare in Love.

The Dude: Lord Nathan Harland. A cultured dandy who discovers, to his cautious delight, that his mysterious valet is secretly a woman in disguise.
The Dude: Even as he means to toy with her, he discovers he's starting to love her - in earnest.
Dream Casting: Cillian Murphy

Georgy: I need to find evidence of my parents' marriage! I'll disguise myself as a valet!

Nathan: OH THANK GOD YOU HAVE BOOBS. I am TOTALLY cool with that. But secretly.

Nathan: I am less cool with that.

Nathan: Not cool! Let's not just throw silly words around!

Georgy: *leaves in heartbreak, almost gets killed by Crazy Murderer*

Nathan: OMG, Georgy, don't ever leave me, lets get married and have gender-norm-defying babies!

The Word: Full disclosure, Joanna Chambers and I are Twitter buddies. I bought a copy of her novel thanks to a great review and because I followed her on Twitter, but - then I kind of forgot about it. It's harder to remember the books I have on my Kobo since they aren't staring at me every day the way my aggressive paper books do.

Anyhoo - Georgiana "Georgy" Knight and her brother Harry have spent the better part of their lives trying to prove their parents were married. Their mother was a humble actress, but their father (now deceased) was the younger son of the Earl of Dunsmore. When the eldest brother died, the title should have fallen to Harry, but all evidence of their parents' scandalous marriage had been hushed up years ago by their disapproving grandfather, so the earldom went to a cousin instead. Then their mother was murdered by an anonymous cutpurse mere hours after applying to the Dunsmore family for help.

Harry's continued their search for legitimacy since then, but now he knows they have to be discreet about it. The impostor Earl of Dunsmore clearly can't be trusted.

While Harry's searching the countryside for parish registers, Georgy seizes an opportunity to infiltrate Dunsmore's household when she learns his close friend, Lord Nathan Harland, is looking for a new valet to accompany him to Dunsmore's for a house party. Posing as a man, she gets the position, but serving the sophisticated Lord Nathan proves to be more of a challenge than expected. The duties of her position bring her into shockingly close proximity with him, and Nathan is an extremely intriguing, attractive man with hidden depths.

I love clotheshorse heroes. Nathan is someone who puts a lot of care (or else hires an expect willing to put a lot of care) into how he looks, as well as someone with an appreciation for beautiful things. Not because they are valuable - but because he likes to look at them. Like his valet George. He finds out about Georgy's true gender quickly enough (albeit not before he gets a confusing boner during a neck massage) and then he becomes fascinated by the mystery of her deception.

Of course, Nathan is a very privileged character, and Chambers makes pleasingly dramatic hay from the distorted power balance of the master/servant (in disguise!) pairing. Nathan is initially interested in Georgy as an object of mystery, an object he feels entitled to puzzle out and manipulate because a) she's a servant and b) she's a lying servant. However, he soon starts to care about her as a person, someone of worth. But Georgy isn't a fake valet - she performs all the same tasks and duties, and now Nathan has to reconcile how much he cares about her with what he's made her do and see in her line of work. Which is quite interesting. It doesn't resolve in any serious way (Nathan doesn't really come to care about any of his other servants), but it's an interesting dynamic.

Chambers' writing style is simple and elegant, describing the sumptuous luxury of Nathan's lifestyle (and Georgy's servitude in it) with clean, beautiful phrases. However, the villain is clearly telegraphed from the beginning, and the "twist" at the end even more so. I also felt Nathan and Georgy missed a few opportunities to go deeper (emotionally) into the power dynamics of their relationship. Otherwise, though, The Lady's Secret is a charming romance with an interesting cross-dressing twist.
B
Posted by AnimeJune at Sunday, July 06, 2014