At 5:00 am on the morning of our final day in NYC, I was woken up by the ringing of my hotel room's phone. I picked it up, blearily thinking the hotel must be on fire, only to have a stranger with an accent start screaming at me, "Who is this? Who's calling? Who's in the room with you?" Um, hello, you called me, terrifying creeper! The fact that he kept asking, "Who's in there with you?" made me terrified I was going to be robbed (since I'd sleepily responded, "No I'm alone.").

I called the front desk, who discovered the call was internal (the call was coming from inside the house!), and I realized it was likely another guest who thought he was calling the room of his travelling companion. That didn't really explain why he didn't just hang up right away when he realized he'd called the wrong room - did he think I was hiding his friend in my closet? Did he think I was some one-night stand who'd picked up his friend's phone?

Tired and shaken, I later joined my mum for breakfast and explored the Bookmarks Lounge at the top of the hotel - it converted into a dimly-lit bar after 4pm but in the mornings it was light, airy and comfortable. We both regretted not exploring it earlier. 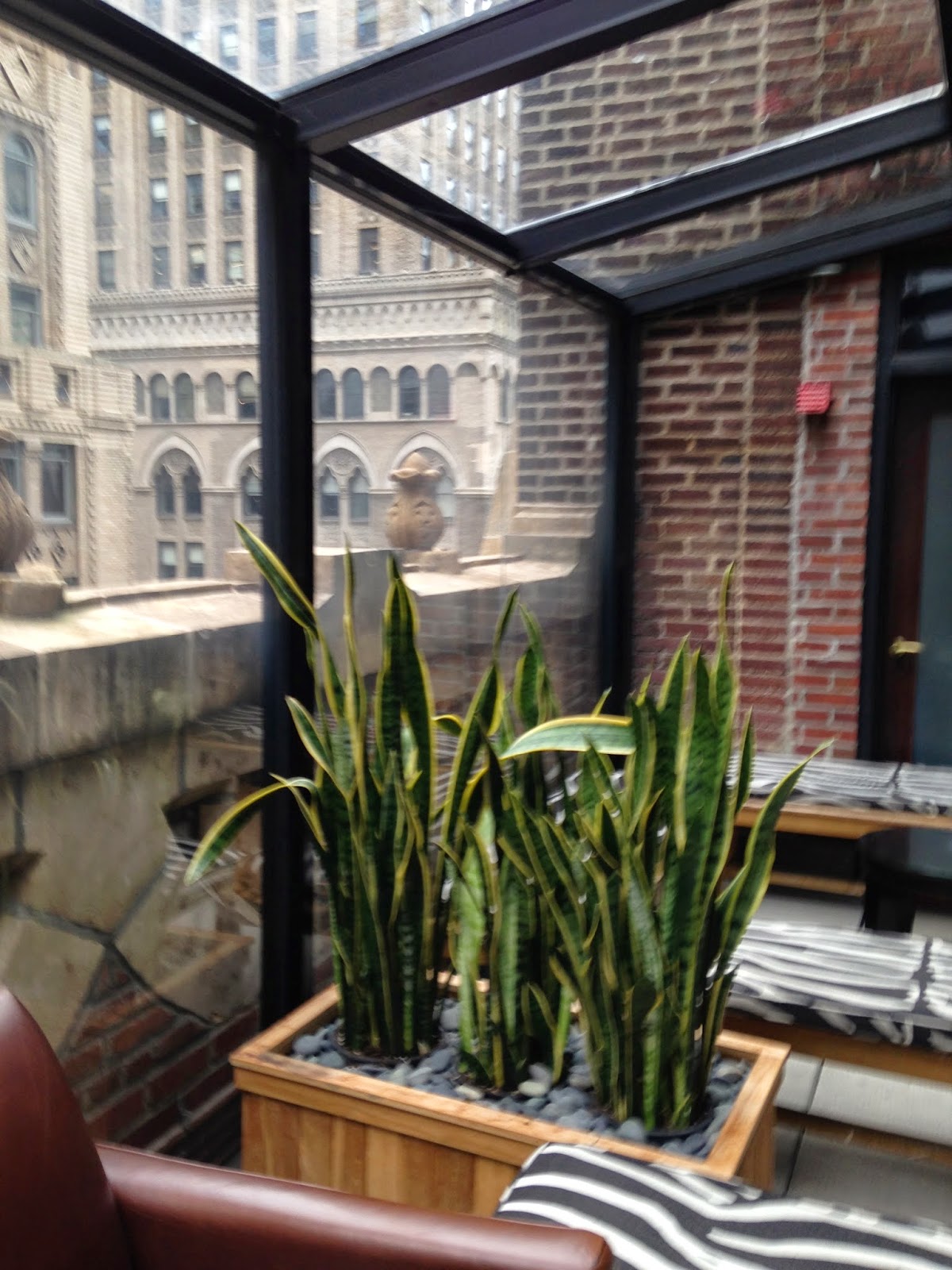 Afterward, we went for Sunday mass at St. Patrick's cathedral. That was kind of a wash - the whole cathedral, inside and out, was swathed in scaffolding and tarps for their massive renovation project. It felt like having mass in a parking garage - however, we did have the lovely consolation prize of having the mass performed by a cardinal (Cardinal Dolan, who waved to us after!). I felt strangely tense and weepy through the whole thing - again, I was going through some tough stuff that year and was not on the best terms with God. But at least Mum enjoyed it.

We returned to Madison and Vine - the Library Hotel's companion restaurant - for brunch. I had eggs benedict, and while I devoured the eggs, bacon, and hollandaise sauce, I hadn't recovered the confidence to try the English muffins. I've grown more wary of bread products over the years, which makes absolutely no sense since I've eaten bread my entire life without an allergic reaction. But anxiety doesn't really listen to logic.

After that, we took a taxi to the Jewish Museum - set in the astoundingly pretty Felix M. Warburg House - to see the Chagall exhibit. Mum is a huge fan of Marc Chagall and her enthusiasm swept me up in the artwork as well. We also explored the Art Spiegelman exhibit there - his work is exceptional, but often disturbing.

We finished off the day with a long, long, very long walk from Central Park to the hotel, 50 blocks of walking during which we were accosted by a would-be rapper named Mo' Pain who sold us his demo CD. I was intimidated (and as it turns out, being approached by aspiring rappers in New York is actually a popular tourist scam), but Mum was charmed and gave him $10. He whipped out a sharpie to sign the CD. "Who should I make it out to?"

Mo'Pain: "That's a sexy-ass name!" When we admitted we were from Canada, he said he was a huge fan of Drake. Scam or not, it was at least a very memorable experience and Mum now has a CD of questionable music as a very special souvenir. We also passed by (intentionally) bloodied PETA protesters who were screaming at the customers of Bergdorf's before we finally made it back to the hotel.

We had time for a brief, relaxing cup of tea before the town car arrived to take us back to the airport. We'd reached the end of our trip, and the only exciting thing to happen afterward was when I really thought I saw Paul Rudd enter the first class lounge. He had rumpled hair and thick-rimmed glasses - plus he'd just hosted Saturday Night Live so he would have been in NYC at the time. It was one of those blink-and-you'll-miss it miracles that I'm still doubting myself over. Did I see Paul Rudd? Or was it just an extremely lucky man who looked like Paul Rudd and could afford first class?

We'll never know. Even as I write about this trip more than a year after it happened, it still seems fresh in my mind. Maybe I remember it all so well because it was a truly magical Christmas trip, at a truly magical hotel. Or maybe I remember it because I'm only recently back from my second trip to NYC with my mum where we stayed at the Library Hotel - another adventure I'll try and recount to you before the year is up. I promise.
Posted by AnimeJune at Saturday, February 21, 2015