(Sorry for the lateness, I've been very lazy - I now have a second trip to New York with my mum to write about so I'd better hurry and catch up!)

For our third day in New York City, Mum and I started out bright and early for the Morgan Library and Museum. 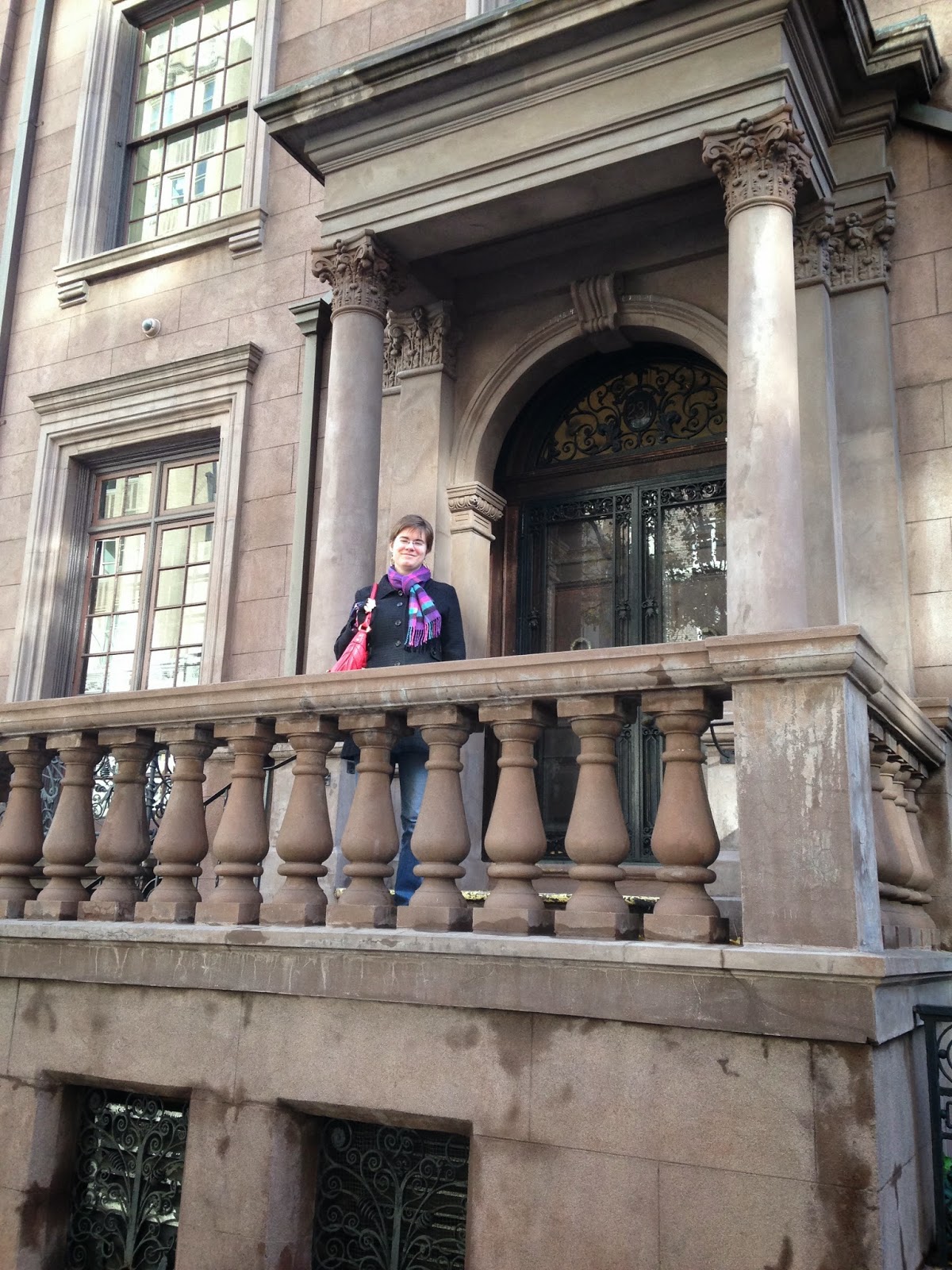 For NYC-bound book lovers, the Morgan Library is not to be missed, because, well, it's a fancy mansion filled with zillions of books! Piermont Morgan was a fanatical book collector and his massive library was on full display, along with exhibitions on Edgar Allen Poe (including some of his original notes), Charles Dickens (we spotted the original manuscript copy of A Christmas Carol), clay Sumerian seals (a surprise exhibit that utterly enchanted my mum), and Queen Elizabeth I's letters. 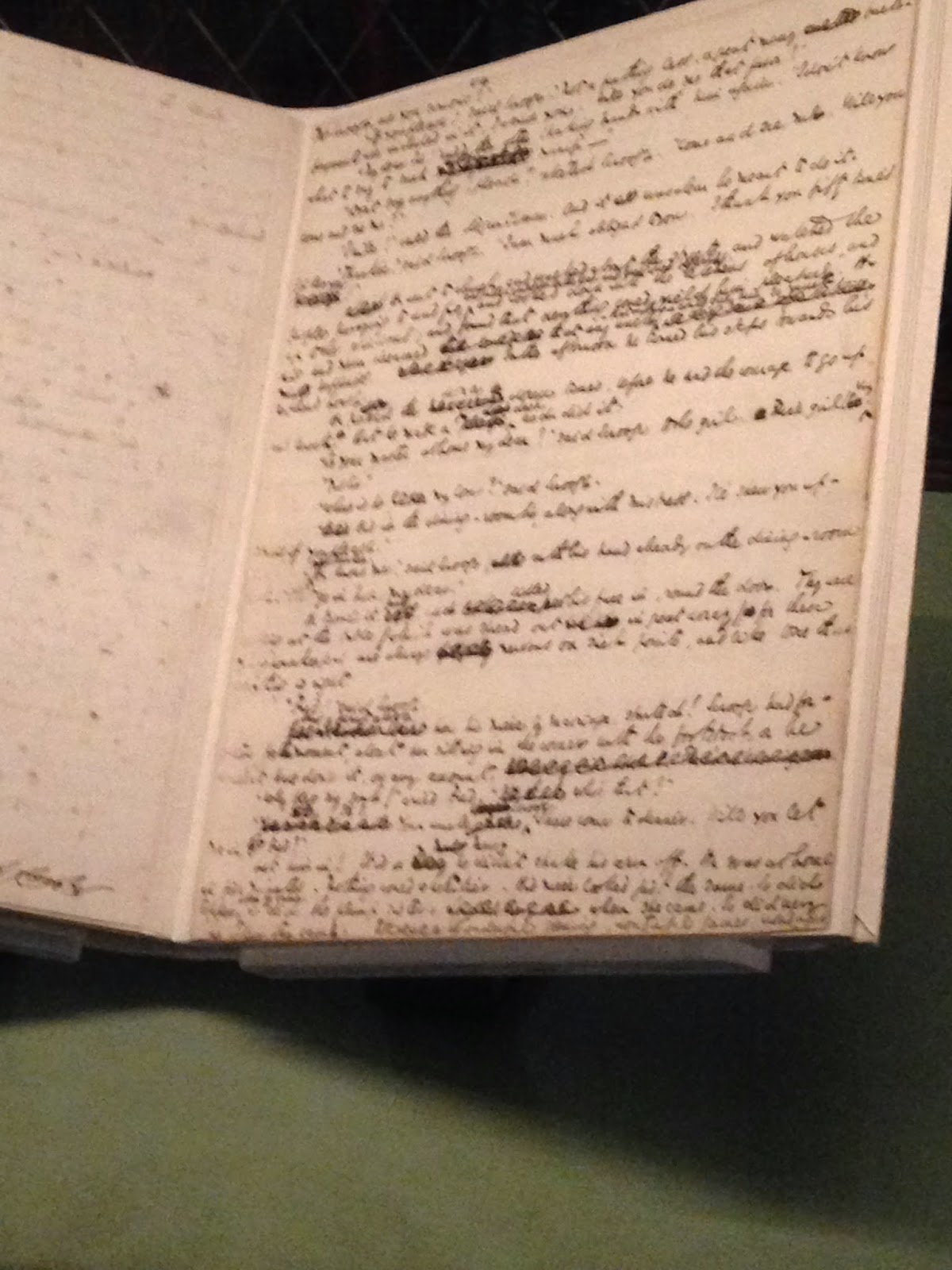 The main library was absolutely breathtaking - three stories of leather-bound books stretching to the exquisitely-painted ceiling in tightly-packed shelves protected by iron grates, interspersed with stained glass windows and an enormous tapestry, and well-lit displays of rare illuminated manuscripts and jewelled Bibles. This museum was all about the power of books and authors and the devotion of those who love them. Is there anything more powerful than reading a sentence that was hand-inked by a monk half a millennium ago? 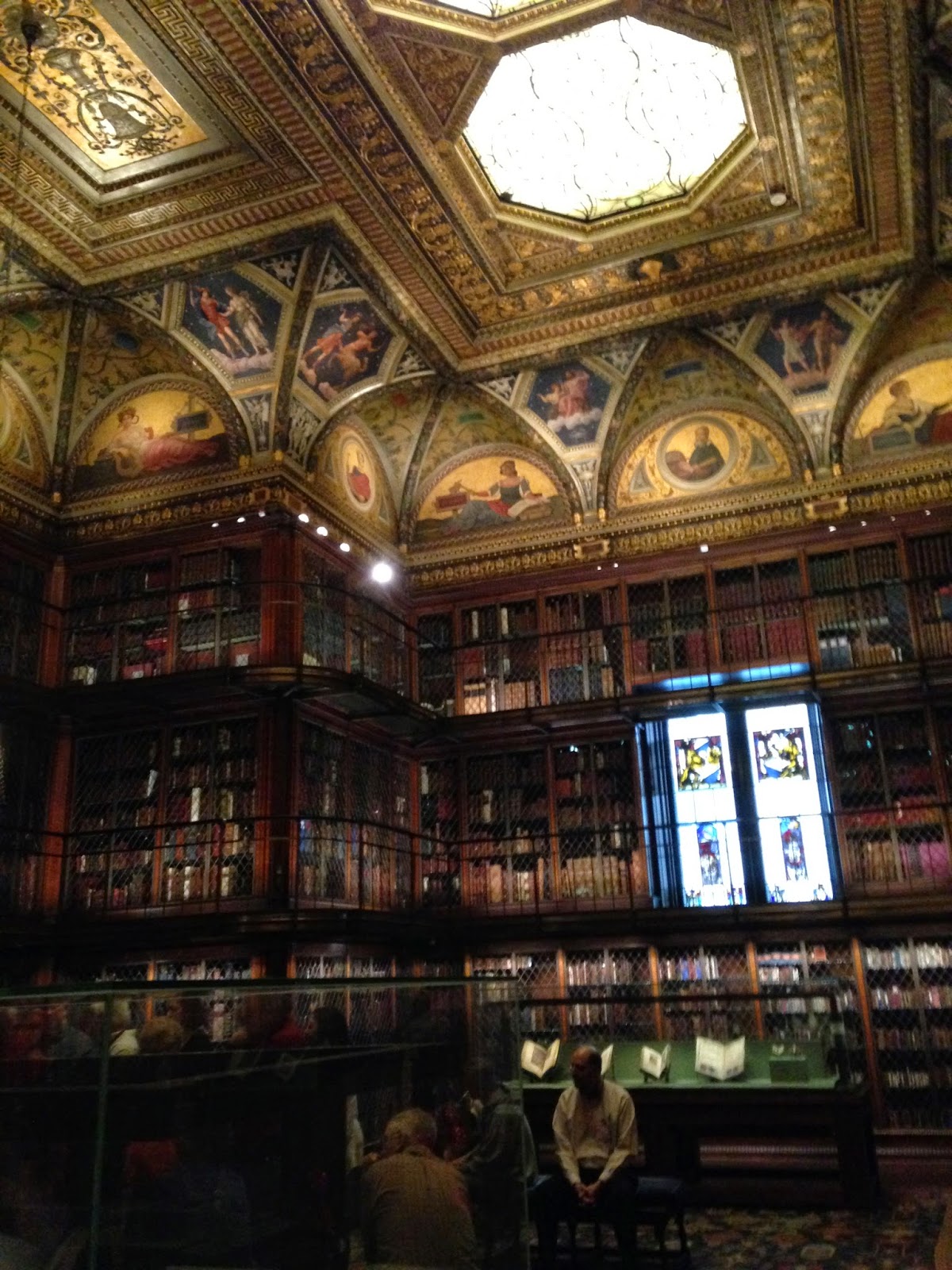 A true reader's paradise. And that's not even mentioning the gift shop! Once we were finally able to pry ourselves away from all that literary luxury, we dined at the Morgan Library's top-notch cafe - where the ham and cheese sandwiches came on fresh-baked brioche with hot mustard aioli. New York museums don't mess around with the grub.

After the Morgan, we wandered down to Rockefeller Center to see it in daylight. The streets were so massively crowded the police had to set up barriers around the sidewalks just to prevent people from being accidentally pushed out into the street. The area around the Christmas tree and the skating rink resembled a turned-over anthill.

We made a few aborted attempts to shop in the area but were scared off by the savage crowds at Michael Kors and the dead, glassy eyes of parents entering their second hour waiting in line to get into the American Girl store. Instead, we skipped back down to some quieter side streets, where we found a nice, quite Coach whose flock of bored, nattily-dressed attendants were all too eager to wait upon us. Mum bought me a pair of presents there, under the promise that I not open them until Christmas morning.

We returned to the hotel after that, far too exhausted to even contemplate finding an appropriate restaurant for dinner. We stayed in, instead, and snacked on celery, cheese, and Prosecco at the Reading Room before heading off to our second Broadway show: Kinky Boots. 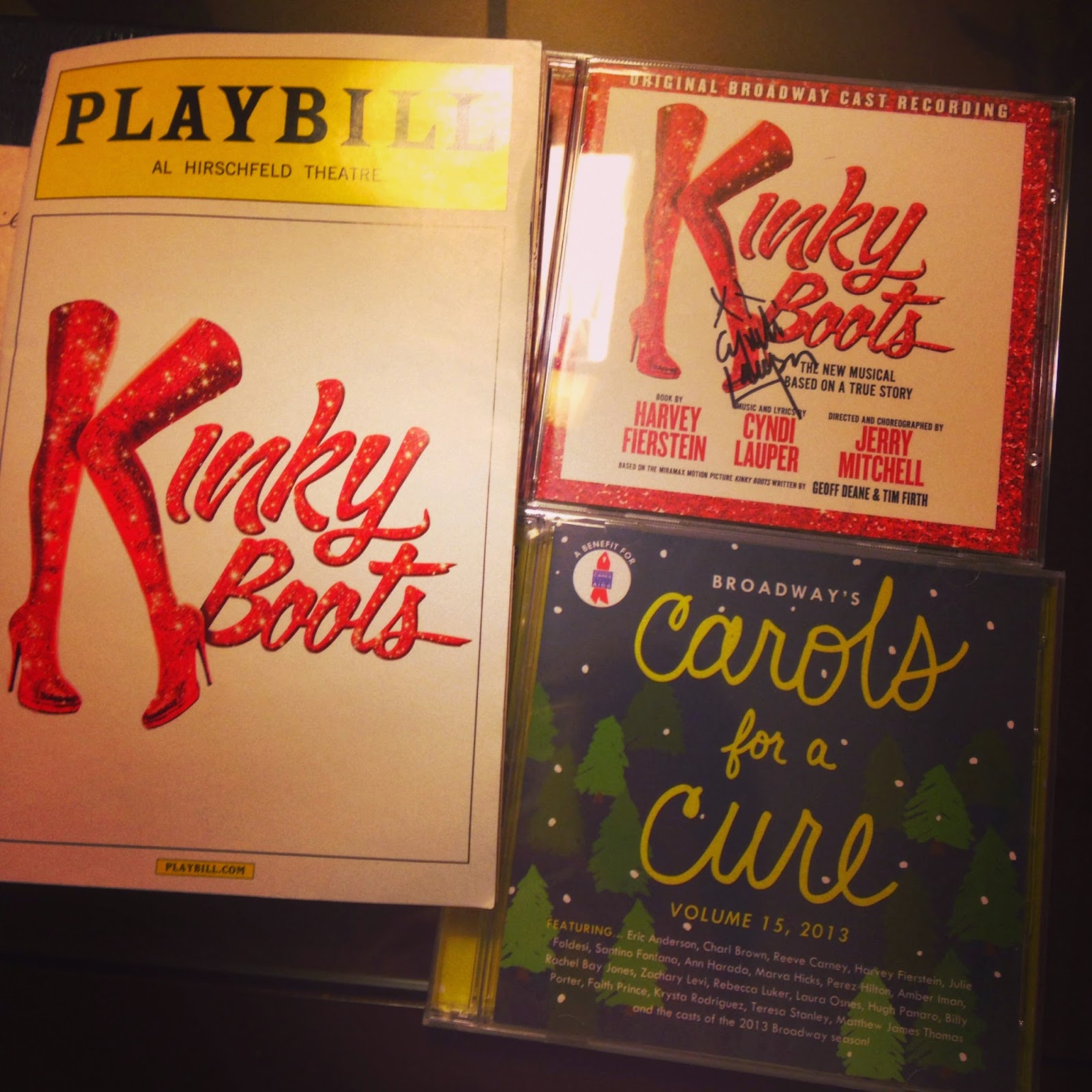 Billy Porter was astounding in the lead role - charismatic, gorgeous, confident in heels with a killer voice to round out the whole package. The other drag queens were equally talented. Mum was convinced some of them were women dressed as drag queens, until she read the playbill and discovered they were all named Trevor and Kevin. It takes major cahones to perform a jumping split in a string bikini in front of a live audience without damaging yours. Less good was the rather milquetoast while male protagonist who got a few too many solos about how unsatisfying his life is. The biggest surprise of the night came when Mum bought me a soundtrack and it turned out to be signed by Cyndi Lauper herself!

After the show, we shared cocktails in the dim Bookmarks Lounge at the top of the Library Hotel. Three days down, one more to go!
Posted by AnimeJune at Wednesday, February 11, 2015