"Whitney, My Love," by Judith McNaught 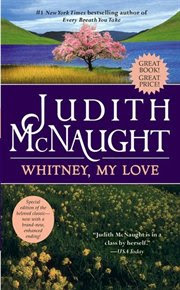 The Chick: Whitney Stone. She's in love with her neighbour, Paul Sevarin, and will do anything in her power to get him.
The Rub: Too bad there's a guy out there willing to do anything in his power to get her - and because he's got boyparts, his stalking is far more effective and romantic.Dream Casting: Ashley Rickards.

The Hero: Clayton Westmoreland, Duke of Westmoreland. He gets what he wants.
The Rub: ...But he doesn't always want what he gets.Dream Casting: Rufus Sewel. Or the Devil. Whichever.

But I'll suspect you're a whore,
So I can mistreat you some more.
What are apologies for?

Whitney: Wow, you're a total jerkface.
Who wants to keep me in my place.
I should spray you with mace.

Clayton: WHO SAID YOU GOT YOUR OWN VERSE?

Clayton: Love you. Now go make me a sandwich.

1 Bitchy McBitchFace
The Word: How does one begin to review the most offensive, frightening, repulsive book one has ever read?

Well, I suppose I could begin with an apology to Fern Michaels, who previously held that esteemed title on on this blog. I may have hated your writing, Ms. Michaels, but the worst you ever did was inaccurately use the English language and include too many dogs.

And before you get all up in arms, I read the sanitized re-issue of Whitney, My Love, where the hero almost whips and almost rapes Whitney. How almost romantic.

But this really isn't a romance. This is a dark, psychological horror story of how a mentally-unhinged stalker and psychotic mastermind emotionally, physically, and sexually abuses a teenage girl into loving him. And he wins in the end. Hooray.

But maybe I should back up, and talk about Clayton's victim sexual obsession romantic interest: Whitney Stone. She starts out the novel as a pretty hateful little hellion with a budding stalker career of her own: she's determined to pursue and catch her hot gentleman neighbour, Paul Sevarin, with or without his consent. Her antics have already resulted in considerable damage to Sevarin's pride, personal property, as well as his person when one of her more brilliant attempts leaves him with a broken leg.

The entire neighbourhood kind of hates her because she takes her Angst and Daddy Issues out on other people in the form of "harmless" but actually quite dreadful and humiliating pranks. Finally, Dear Old Daddy has had enough of Whitney's crazy and decides to pack her off to France with her kinder and more tolerant uncle and aunt. There, Whitney comes to her senses and decides to clean up her act and win over Sevarin the old-fashioned (consensual) way.

Unfortunately, in France, she comes under the gaze of Clayton Westmoreland, who, after three years of silently watching her and one conversation during a masked ball, decides he must possess her. Despite the fact that he doesn't love her because he doesn't believe love exists.

Our Totally Rational Hero then hands Whitney's debt-ridden father a crisp cheque for one hundred thousand pounds in return for Whitney's hand in marriage, under the condition that Daddy Dearest keep Clayton's betrothal and true identity a secret so that Clayton may have a chance to court Whitney and give her the pretense of having a choice.

However, while Clayton has no problem putting a hundred thousand pounds towards new servants, dresses, and jewels for Whitney - he's not paying for backtalk. When they first meet, Whitney takes an immediate dislike to him, since he spends a great deal of their first conversation talking to her boobs. When they meet again at a ball, Clayton tries to get handsy and Whitney tells him off. Clayton responds by sexually assaulting her for the first time, on page 137:

It happened so quickly, there was no time to react. A hand like a vice shot out and seized her wrist, spinning her around back into the shadows, and jerking her into his arms. "I think," he enunciated in an awful voice, "that your problem is purely a matter of inexperienced teachers."

His mouth crushed down on hers, mercilessly bruising her lips, forcing them to part from sheer pressure.

Whitney writhed futilely in his iron embrace while tears of impotent rage raced down her cheeks. The more she struggled, the more insolent and punishing his mouth became, until she finally grew still, defeated and trembling in his arms.

Clayton really knows how to put the sensual in non-consensual. This sort of behaviour continues for much of the first half of the novel - he continues to spar with an increasingly-irate Whitney until his store of Amused Tolerance for Feminine Defiance runs dry (which doesn't take that long), after which he swiftly resorts to force, manipulation, or outright violence.

As I mentioned in my article over at Heroes and Heartbreakers about "How Alpha is Too Alpha?", an overly-aggressive hero is only tolerable if the heroine is capable of taking care of herself, and if the power in their relationship is evenly divided. The lack of this is exactly this novel's main problem. Through the entire novel, Clayton has all the power in their relationship. He's bought and paid for Whitney, and he's a hugely powerful and influential Duke. Whitney never wins a single argument or confrontation with Clayton, because Clayton has no qualms with crossing the line and using force once the argument doesn't turn his way.

What's worse, and what made this novel tear at the insides of my heart and brain, is how Whitney - and every other "good" character - slowly comes over to Clayton's side of things through copious amounts of victim-blaming. The worse he gets, the worse Whitney blames herself. Oh, if only she could control her fiery temper, then she wouldn't try poor Clayton's patience so badly he tried to beat her with a riding crop! Oh, if only she hadn't hurt Clayton's feelings, he wouldn't have sexually assaulted her for a second time! Oh, if only she'd put a stop to other people's gossip, than she wouldn't have embarrassed Clayton into trying to rape her! Oh, if only she hadn't been so stubborn and just capitulated to Clayton's advances, Clayton would never have had to get angry and force himself on her.

Woe is Whitney, her uncontrollable uppityness just keeps getting her into scrapes! GOOD THING SHE FOUND A MAN STRONG ENOUGH TO KEEP HER IN HAND.

Book - meet wall. Literally.
But enough about violence against women - let's talk about how this book fails as an actual book. For a novel that really is all about Clayton Westmoreland, we get little to no backstory or character development for him. He just shows up as a Big Dark Duke and we're supposed to go, "Oh, that's cool. Don't bother telling us any more about your life and personal interests and foibles and fears. You're hot and rich, which is clearly all that we care about when it comes to romantic heroes. No personality necessary."

And this book needs a reason - because the primary source of drama in this novel is Clayton's Mindbogglingly Irrational Ignorance and Distrust of All Things Whitney. Clayton's mind follows a pretty simple pattern:
The biggie, of course, is when he overhears gossip of Whitney and Paul's engagement (that Whitney had been unable to quell) - and he immediately assumes that Whitney has been cheating on him and by the time he tracks her down he's also convinced she banged a hella lot of other dudes, including stableboys. This, of course, precedes the scene where he drags her off to his estate, literally rips her clothes off, and takes out his trust issues on her hymen, consent-optional. He then apologizes by showing up at a wedding she's attending and looking sadly and soulfully at her until she feels sorry for him.

Whitney, My Love would have been slightly more palatable if this had been the worst and last thing Clayton did. But no.

At that same wedding reception, Whitney's rude to him while they dance - and he then assumes she's an uncontrollable slut again and dumps her again and starts dating some nasty bitchy rival and has to be dragged back, kicking and screaming, by his brother and Whitney herself to see fucking reason. Yes. Whitney, sixty pages after being pretty much raped by Clayton, has to go and BEG Clayton to take her back.

You'd think that would be end. You'd think that discovering he stole his soulmate's virginity for the wrong reason (because there is a right reason?) would make a guy a little more careful about interpreting ambiguous signals, BUT NO.

After he wrongfully accused Whitney of Ho'ing it up and was proven wrong ON TWO SEPARATE OCCASIONS, after they're married and Whitney's preggers, he comes across a scrap of a letter Whitney had written about possibly being pregnant months ago and a) assumes Whitney's kid ain't his, b) decides Whitney's a dirty, dirty whore who never loved him and c) conveniently forgets THE FIRST TWO FUCKING TIMES HE CAME TO THE SAME CONCLUSION AND TURNED OUT TO BE TOTALLY AND COMPLETELY AND UTTERLY WRONG.

And by this point, Whitney won't even let him apologize - the book implies it's because she wuvs him too much let this proud glorious manly man debase himself by admitting he could be wrong about anything, but I like to think it's because even Whitney doesn't want to stretch the story out any longer.

Again - there's no character development, backstory, or motivation given for why someone like Clayton would jump to all these heinous conclusions about Whitney. His actions also beg the obvious question of why Clayton would bother paying 100,000 pounds for a woman he's clearly afraid to leave alone with a vibrating showerhead. But whatever.

This book - ugh. I've never felt so angry reading a book. I also wrote an article about it over at Heroes and Heartbreakers - but even now, I still feel so full of words and emotions about how terrible, how hurtful this book was. It said so many wrong things about men (particularly, how men who are respectful and take "no" for an answer are weak and simply don't "want" it enough) and incredibly, offensively wrong things about women (particularly a scene where a secondary female character finally uses her "natural feminine wiles" - to lie in order to manipulate her man into proposing marriage. Wonder why all McNaught's heroes suspect women are lying, conniving, sluts?).

ROMANCE: YOU ARE DOING IT WRONG.
F-
Posted by AnimeJune at Tuesday, October 25, 2011