Shows You Should Watch If You Know What's Good For You, Part Two 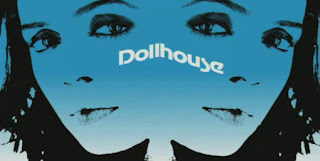 Now that I've described the merits of Chuck, an established TV show, it's time for me to hype my second favourite show, the rookie series Dollhouse.

I could just tout this show by saying that it's created by Joss Whedon, the auteur behind Buffy the Vampire Slayer, Angel and Firefly, and that I'm pretty sure the Bible says you're bound for Hell if you don't support his shows with unquestioning loyalty (don't believe me? It's ... it's somewhere in the back. Yeah.). Ahem.

But the reviews and ratings for the show's first few episodes have been shaky, so I've taken it upon myself to encourage newbies and doubting Whedonites alike to keep watching the show. It gets better. I swear. I'll admit it - the first few episodes were weird, and a little disjointed, but the episodes have been increasing in quality at an exponential rate and I'd hate for Whedonites and sci-fi fans to abandon the show before it shows its true potential.

The premise for Dollhouse is admittedly a bizarre one: the titular establishment keeps a stable of "dolls" or "actives" - human beings whose original personalities have been wiped, and who can be programmed with completely new personalities in accordance with the wishes of the Dollhouse's select and high-paying clientele. The Dollhouse's brilliant but amoral whiz kid Topher Brink (the adorable Fran Kranz) can imprint memories, skills, and subconscious desires into the dolls to fit with the client's needs - turning an active into a skilled hostage negociator, a hulking Russian thug, an experienced midwife, or even an assassin. The Dollhouse's pull comes from the fact that the Dolls truly believe everything they've been programmed to be - they won't pretend to be in love with you, for example - they'll be imprinted with a personality that genuinely believes itself to be in love with you.

While the Dollhouse insists that the Dolls all "volunteered," they work in secret, with the 'House remaining an urban myth to the general public. When clients come in, the 'House staff program a doll to suit the assignment, and once the dolls complete the assignment, their handlers return them to the Dollhouse where their minds are wiped clean again. In between assignments, the Dolls exist in a murky, childlike tabula rasa state of innocence.

Our main character is Echo (Eliza Dushku). Currently, she's the House's most popular doll - probably because she's hot and limber and looks a lot like Faith from Buffy. Her handler (sort of a Watcher figure, whom the active is programmed to trust implicitly) is Boyd (Harry Lennix), an ex-cop who supervises her remotely while she's on assignment, with orders to extract her from the situation should things get ugly. While Echo's brain is supposedly scrubbed to within an inch of its life after every assignment, she's started showing unexpected bursts of ingenuity and initiative on her assignments that weren't part of her programming.

Echo's eccentricities worry the Dollhouse higher-ups, particularly Lawrence Dominic (Reed Diamond), the chief of security. Months prior, another active named Alpha who displayed similar quirks wound up going insane and butchering a number of the Dollhouse staff before escaping, and Dominic doesn't want to see it happen again. Meanwhile, on the outside, renegade cop Paul Ballard (Tahmoh Penikett) believes the Dollhouse really exists, and is determined to expose it for the human-rights-violating, science-fictiony-prostitution ring it really is.

I'll admit the show has a slow build-up - particularly in the fact that most of the characters who are allowed, er, characters are the shady operators of the Dollhouse who are pretty nasty people for the most part. Echo shows some spunk, but it's subtle, and slow, and she's still called upon to be a different personality every week.

However, while the audience expects more from Echo, they might forget the subtler, quieter dynamics that take place behind the scenes as the storyline accelerates - each episode is substantially better than the last, and next week's episode, "The Man on the Street," is believed by many Whedon fans to at last provide a crux for the series' story. But until then, we've had tiny interactions, blink-and-you'll-miss-it references with regard to minor characters that add delicate layers to the overarching plot that will surely come into play once the main story really get's going.

While Echo (and her fellow dolls Sierra and Victor) remain more or less empty canvasses (barring a few hiccups), we learn more about Boyd, Echo's empathetic handler who is strangely disdainful of the whole Dollhouse operation despite his participation in it; about Ballard and his obsession with Dollhouse; about the Dollhouse boss Adele DeWitt and the uphappy situation with her own, unrevealed, employer; and the ever-present threat of former Doll Alpha, who, without revealing his identity, makes his displeasure with his former employers known in sinister ways.

While the show suffers from a an almost-too-original plot and a shaky first couple of episodes, the show's rapid improvement over the last few weeks demonstrates, I suspect, only the tip of the iceberg of potential this series holds. Is a person more than her personality? Are the dolls' assignments considered consensual? How can you develop a character out of nothing? Could wiping a person's personality be considered murder? This last episode alone ("True Believer") demonstrated all that I love about Joss Whedon - thought-provoking symbolism, hilarious dialogue, exciting twists, and girls punching people in the face. Yes, it's weird - but when has Joss Whedon ever been normal? While FOX reportedly kissed mucho Whedon derriero to get Whedon to return to Friday Nights at Fox (a.k.a. The time slot where Firefly died), ratings are ratings. Don't let what happened to Firefly happen to Dollhouse. Keep Whedon on the air!
Posted by AnimeJune at Saturday, March 14, 2009