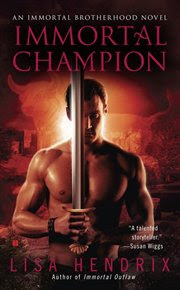 The Chick: Lady Eleanor de Neville. When a brave knight saves her from a burning building, she envisions him as the perfect champion to rescue her from an unwanted marriage.
The Rub: Unbeknownst to her, this rescue will be four years and countless pages of angst in coming.Dream Casting: Zooey Deschanel.

Eleanor: OMG, you're so amazing! We should totally run away together, what's your favourite colour, I wonder what we'd wear if we got married...

Eleanor: ...and I would like to have three girls and three boys, and at least one of them would have to be named Mary, because hello, we're barely out of the Middle Ages, and our first house would be...

Gunnar: How the hell are you still talking about that? Er, I mean, yay, romantic?

Random Storyteller: Did I ever tell you guys the story of how a bull totally turned into a sexy man and got it on with a lady?

Eleanor: No but do go on even though it's not like this story will have any future relevance to me!
Gunnar (as a bull): *un-bull-ed**re-man-ified*

Eleanor: Well shit. Who knew? Let's get it on!

Eleanor's Dad: Hell no. Then the novel would be too short! Eleanor, go marry some Random Dude! We need at least three more chapters of angst!

Gunnar: Can we get married now?

Gunnar: Can we get married NOW?

Cwen: Dude, I haven't even gotten to cackle yet! *defeated* Crap.

Gunnar: I HAVE WAITED SIX HUNDRED DAMN YEARS CAN WE PLEASE JUST GET MARRIED ALREADY?

1 (Not Quite) Unbreakable Curse

1 Evil and Yet Somewhat Ineffective Witch

1 Whore Wife (Deceased)
The Word: Okay, the here's the deets - Nine Hot Vikings killed One Poor Dude while trying to rob a treasure. The One Poor Dude had One Bad Mutha, a witch named Cwen, who, to punish the Nine Hot Vikings, cursed them to live half their days as animals and the other half as men, with pesky immortality thrown into the bargain.

So two of the vikings (in Immortal Warrior and Immortal Outlaw) have attained their (literal) happy endings, and the other seven are still on the trail of the evil witch, who had fled into hiding at the end of Immortal Outlaw.

This particular story takes place in 1408, and is, if not directly connected to the War of the Roses, is at least War of the Roses-adjacent. Gunnar, a Hot Viking who is a man by night and a bull by day, is sheltering from a bitter winter at a neighbouring castle when a fire breaks out. He rushes in and rescues a young 14-year-old girl named Eleanor from the flames. While Gunnar tells a white lie to the injured Eleanor that he will return, he wisely hightails it out of there before he can garner any more unwanted attention, but not quickly enough to escape becoming Eleanor's First and All-Consuming Crush.

Eleanor's to be wed, you see, to her cousin, Richard Le Dispenser ("Pez," to his mates?), and that concept squicks her out to a major degree. She spends the next four (!) years pining over Gunnar and daydreaming about him rescuing her from her dreary normal life.

Four years later, Gunnar runs into Eleanor again, totally by accident, and in one of the novel's most awkward moments, completely forgets who she is. Whoops. While Gunnar would much rather slip away to sit peacefully under his cork tree and smell flowers, Eleanor is not willing to let her brave knight slip away as easily as he did the last time. Eleanor turns up the seductive charm to eleven, pretty soon Gunnar can't bring himself to leave, and he and Eleanor start getting along famously.

And that's when the novel runs out of conflict. Gunnar and Eleanor hit it off right away, and there's little to no angst or arguing or friction between them (beyond the usual hey-sometimes-I-turn-into-a-wild-animal angst). For the next hundred or so pages the novel's pace completely bogs down into historical detail, more of Gunner and Eleanor Making Nice, and a secondary romance between Eleanor's maid Lucy and Henry Percy that isn't as relevant or interesting as it thinks it is.

The pacing is pretty much the albatross around this novel's neck. We get long stretches of lagging, conflict-less scenes, some sudden and blessed drama, then more moping scenes. The conflicts that come up don't arise so much from the actions of our protagonists as they do from "fate" or because they kind of need to happen, and similarly, aren't solved due to the actions or decisions of our characters but rather through convenient fate.

Eleanor would normally be squicked out by the idea of a man turning into a bull - until a storyteller conveniently decides to tell the tale of Zeus and Europa around the fire. Eleanor doesn't know Gunnar turns into a bull during the day - until she goes under a weird trance and then encounters him in bull form. Eleanor is eventually forced to marry Richard le Dispenser - but hey, he suddenly gets a cough and then dies. Eleanor and Gunnar are still separated by distance - until some random kidnappers carry Eleanor off (in an encounter that happens off screen, by the way) and all but dump her in Gunnar's lap. Huh. Well, that was convenient.

And then, right on cue, Cwen shows up to make her contracted M. Night-ish appearance to reveal She's Known the Heroine the Whole Time and try (and once again fail) to un-save the day.

As always, I love the settings and the way the characters are incorporated into different periods of English history but the incorporation isn't enough. There needs to be more conflict from the characters, and this has always been one of the series' weakest elements. We need genuine character conflict and it can't be "Secretly I Turn Into An Animal" every time.

To be fair, in Gunnar's case we have actual backstory from him (an unfaithful wife) that colours his interactions with Eleanor and his perceptions of her behaviour. I liked that, and it did contribute to some of the romantic conflict - but it wasn't enough. Most of their conflict arose from elements in the book keeping them apart rather than their own actions.

As for Eleanor - I'll put it mildly and say I didn't much care for her. She's selfish - not so selfish that I can completely despise her for being insane but selfish enough to dislike her and find her intensely annoying. She's manipulative, deceitful, ungrateful - but she's self-righteous about it in a way that seems very anachronistic to me. I compare her to Melanthe from Laura Kinsale's For My Lady's Heart.

Melanthe is the epitome of selfish manipulation and working things to further her own interests - but she accepts what she's doing, what the consequences may be, and what she's getting out of it. She does what she does because she is practical and she wants to survive. Eleanor does what she does because when she wants something, she wants it - hang the consequences. That's what annoyed me and made her come across as anachronistically 21st-century minded - she has the drive for independence but none of the practicality to appreciate or understand the consequences of her actions. She's in love and that's all that matters.

I tend to really dislike characters in historicals who either don't realize or choose to ignore the realities of their historical periods, or judge the people who do work with the realities of their historical periods. In this case, I actually felt sorry for Eleanor's husband, Richard. To Lisa Hendrix's infinite credit, he turns out to be neither impotent nor a giant prick. He's actually a sweetheart who respects and listens to his wife. And okay, so he's no bull, but getting to marry a wealthy, influential guy like that who is also Not a Wife Beating Asshole is kind of like winning the lottery in 1400s England and Eleanor treats its all like it's the worst kind of torture. Oh no, not the comfy chair!

But then again, throughout this series I've also been a huge sympathetic fangirl of Cwen, so take my subjective opinions with a grain of Nordic salt.

As it is, with an annoying heroine and slow pacing, I couldn't really get behind this particular Champion.
C+
Posted by AnimeJune at Sunday, December 04, 2011