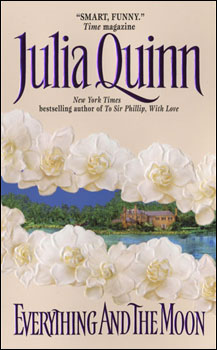 The Chick: Victoria Lyndon. A young vicar's daughter who fell in love with an earl - until he abandoned her when she wouldn't put out.
The Rub: When she meets him seven years later at a houseparty, can she resist her still-burning attraction to him?
Dream Casting: Anne Hathaway.

The Dude: Robert Kemble, Earl of Macclesfield. A privileged, wealthy jackass who dumped the love of his life on a foolish pretext.
The Rub: Can he treat her badly and hold her captive long enough for the Stockholm Syndrome to kick in?
Dream Casting: Matthew Goode.

Robert: I love you for no reason!

Robert: I'm going to get you fired because I still think you're a dirty whore.

Victoria: How about fucking NO.

Robert: How about I kidnap you until you say yes?

Victoria: NO! ARE YOU FREAKING KIDDING ME?! LET ME GO!

Victoria: Why didn't you say so? Take me! Take me, you consent-obtaining fool!

The Tweets: I Storified my tweets here.

The Word: If you've been reading my tweets for the last week, you'll have deduced by now that I didn't quite care for this novel.

So, you may be asking, just how bad was Everything And the Moon? Let's just say it made me rethink my reaction to Whitney, My Love.

The novel opens on our protagonists' meet cute. She's a 17-year-old vicar's daughter. He's a 24-year-old earl. They fall in love in a day Just Because - but since it's Twu Wuv, everyone who opposes their love is Automatically Evil and not, oh I don't know, Legitimately Concerned With Their Mental Health.

Victoria's father fears Robert will only take advantage of her and not marry her because he's an earl, and earls are dicks (he's not wrong).

Robert's father fears Victoria's only after Robert's money and threatens to cut Robert off if he marries Victoria.

So they decide to elope. Unfortunately, Victoria's father catches her sneaking out and ties her up to prevent her from leaving - and of course this is an Evil Act and not a father's Entirely Understandable Objection to his underage daughter's decision to run off with an aristocrat seven years her senior.

When she doesn't show up to their meeting as planned, Robert sneaks over to her house and peeps in the window. Seeing her lying in bed under a blanket, apparently asleep (although he never calls out to her or tries to wake her up in any way), he jumps to the flimsiest of conclusions and assumes she's a Gold-Digging Whore. Because he's a moron.

Victoria frees herself the next day and rushes over to Robert's mansion to explain herself - only it's too late. Robert's fled to London, leaving his asshole dad to give her the "sorry you were a booty call" speech. Woe is her!

Cut to seven years later. Victoria is now a Professional Governess of Terrible Children, and Robert's just earned his Ph.D in Jaded Rake Studies after successfully defending his thesis on Why Women are Good At Touching My Penis But Nothing Else. By sheer coincidence, they wind up at the same house party - Robert as a guest and Victoria as the governess for the host's Terrible Child.

Robert is a terrible hero. Sure, he's Dead Inside because his Poor Widdle Heart got broke - but he's still rich. Still powerful. Still in line for a Marquessate. And his ex is a governess - a woman who is already vulnerable, being neither a servant nor a peer. A woman on her own, with no support system, whose life depends on continued employment, regardless of the drudgery required.

And yet Robert's Heart Was Broke - therefore he still feels entitled to personal recompense after seven years. Try to picture any sort of man who would intentionally threaten a woman with poverty and starvation while still claiming the descriptor of "heroic."

So Robert gets all up in Victoria's grill with his sleazy dub-con shenanigans until Victoria is almost raped and murdered (!) by another guest in an interaction that is indirectly Robert's fault. Robert is stricken. Oh God! He never wanted her to die! He just wanted her to have no job or money or reputation and wallow in miserable destitution cursing her whorish ways!

I feel bad for Victoria. I really do. She's actually a well-drawn and intelligent heroine - she's smart and self-aware and can stand up for herself. She immediately recognizes that Robert's behaviour is not okay and she shouldn't have to put up with it. When she loses her job anyway, she goes out and gets another one - an even better one. A job she actually enjoys.

Unfortunately, she's still the heroine of this romance novel, which means at some point she's going to wind up touching Robert's penis which will magically make all of her Entirely Reasonable Objections to his behaviour go away.

And here starts the novel's second half, which is (if possible) even worse than the first half. Sometime in between Victoria getting fired (thanks to Robert) and Victoria acquiring better-payiing and Rape-Free employment (no thanks to Robert), Robert finally learns the truth of what happened during their foiled elopement.

In most romance novels, this would lead to pages upon pages of romantic grovelling, involving frequent applications of chocolate, diamonds, romantic gestures, and the hero's apologetic genitals.

However, Robert is only capable of analysing situations in terms of how they meet his own needs, so now that Victoria's cleared of being a Gold-Digging Ho, he can own her without guilt and he goes about trying to force her into marrying him. When the traditional Asking Nicely tactic is meet with a rousing "HELL no" from Victoria (mad props, girl!), Robert's plan B involves stalking her, assaulting her, and eventually abducting her to his own personal unsupervised seaside rape cottage to "pursuade" her into saying yes.

The most infuriating aspect of this second half of the novel is Robert's attitude. He's a moronically oblivious narcissist - he abducts Victoria from her home, locks her in her hotel room, leaves her with no possessions or alternate clothing except for a skimpy nightgown he purchased himself, and remains genuinely baffled when Victoria "unreasonably" continues to try and escape. She won't even try the lotion he bought her to put on her skin!

Robert is such a thinly-drawn character. He and Victoria's Magical First Love is written so lazily and briefly that it never really conveys what sort of a person he is. We're just supposed to assume he's good because the heroine loves him and their First Love was Speshul and Perfect. Only instead of developing Robert's character through his behaviour and treatment of women, Julia Quinn cheats by making literally every other male character who isn't related to the heroine a rapist. We have three - count 'em, THREE! - rape attempts on the heroine from three different dudes.

So apparently Robert is this Amazing Paragon of Manhood because he stops just short of the border to RapeyTown. He can kidnap the heroine to an isolated location, restrict her movements, and deprive her of all agency and resources and still be considered a "good" man because he doesn't try to stick his willie in while doing it. Worse, the narrative supports Robert in this - it implies that Victoria's refusal to marry Robert stems from a character flaw. She's just too hung up on her heartbreak of seven years ago to notice her incredible luck in nabbing the Only Man In Britain who's not a Registered Sex Offender.

Neither protagonist really meshes with the other - Robert is a throwback to McNaughty heroes of yore who Shoot First and Ask Questions Never Because Ladies Can't Be Trusted To Answer Correctly, but Victoria is a surprisingly enlightened and modern heroine. Her attitudes only underscore how awful Robert's are, so her giggly capitulation to Robert's advances doesn't really make much sense.

It's probably a good thing I never read this book first - I'd never have read another Julia Quinn otherwise. And to be fair to Quinn, none of her other books even come close to this level of sexist offensiveness. The worst I could say about her other books is that they can be twee and irritating.

So consider this an aberration in the Julia Quinn canon. A revolting, offensive, rapey aberration.
F+
Posted by AnimeJune at Friday, July 12, 2013