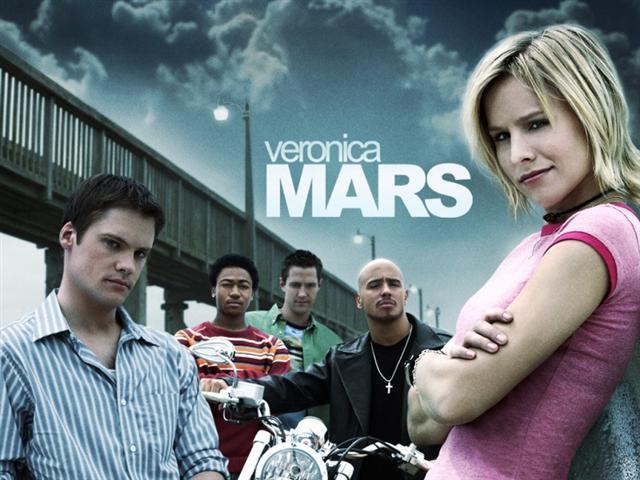 The Mystery: What happened to Yolanda Hamilton?

When gangsta rap impresario Bone Hamilton's daughter goes missing, he goes to Keith Mars for help.   Thanks to his thug-life past, he and the police aren't on good terms and hopes he'll find a sympathetic ally in Keith.

Unbeknownst to Bone and Keith, Veronica has a much more personal stake in the case - a long time ago, she and Bones' daughter Yolanda used to be friends with Lilly Kane. That is, until last year when Veronica caught Logan kissing Yolanda at a party. Despite Yolanda's protestations that she never invited Logan's attentions, Lilly cut her off completely and Veronica, out of BFF loyalty, followed suit. Now that Veronica's felt the sting of outcast status herself, she hopes to mend fences by making sure Yolanda's okay.

Unfortunately, Bone Hamilton is Not A Very Nice Man, and his list of enemies runs a mile long - from his brilliant scientist son Bryce, whom Bones considers a disappointment because he's too "soft;" to the rapper Dime Bag who signed with Bone after Bone dangled him out of a window to help him decide; to his former lawyer Sam Bloom, who was left paralyzed from a drive-by shooting two days after his testimony sent Bone to prison for tax evasion.

After Keith's and Veronica's hunches turn up no substantial leads, Bone finally receives a ransom note and decides to try and inflict his own personal brand of justice on the kidnappers.

Meanwhile, Logan and Aaron Echolls are dealing with the fallout of Lynn Echolls' apparent suicide. Aaron takes his wife's death surprisingly hard, and ultimately decides to retire from acting after his agent tries to pressure him about business during his wife's funeral. Logan, on the other hand, seems almost blasé - making sarcastic jokes and asides to the guests. When Duncan finally calls him on it, Logan admits he doesn't feel grief because his mother's not dead.

Apparently, she left behind a treasured cigarette lighter from her father engraved with the words "Free At Last," despite the fact that she's never gone a day without it. Logan believes his mother faked her own death to escape their sham of a lifestyle and left the lighter as a clue. To prove this, he approaches Veronica at the end of the episode to enlist her help in finding his mother.

Whodunnit: Yolanda wasn't kidnapped - she eloped with Ben Bloom, the son of her father's nemesis Sam Bloom. They grew up together and fell in love and refuse to have anything to do with their fathers' feud. It was Bryce who arranged things after their elopement to make it look like a kidnapping, and he was also behind the ransom demand - all of it done to prove to his father that he's not nearly as "soft" as he seems.