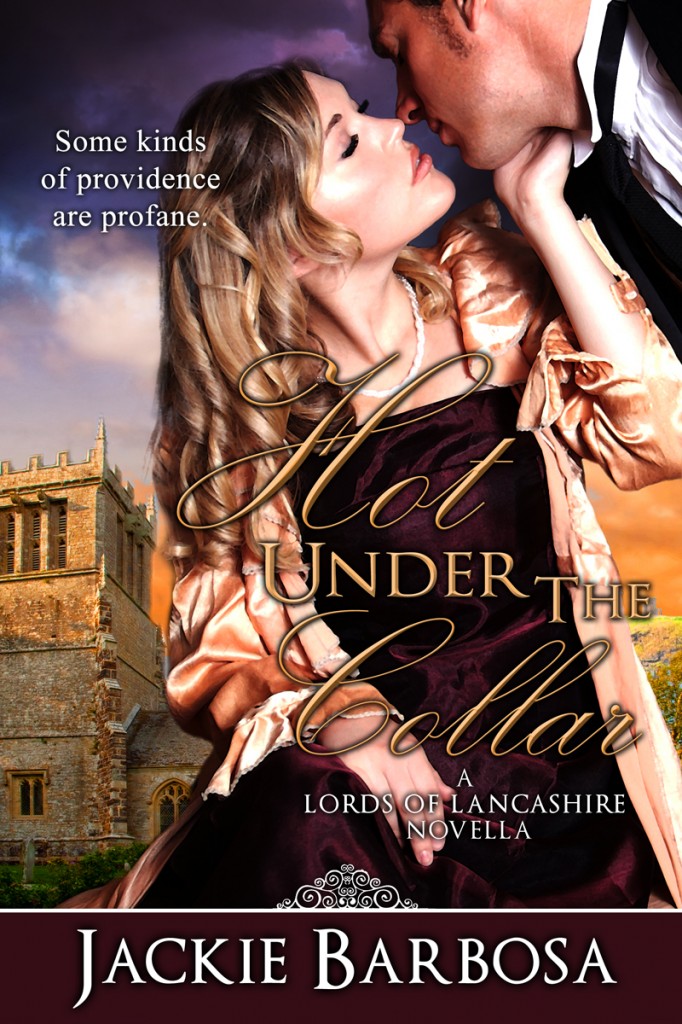 The Chick: Artemisia Finch. A famous courtesan, she remains in a town that despises her in order to take care of her ailing father.
The Rub: The hot vicar proposes an affair - but is she willing to risk ruining the man's career if they're caught?
Dream Casting: Georgia King.

The Dude: Walter Langston. A settled rake-turned-vicar who discovers he's more fitted to his vocation than he originally thought.
The Rub: Would he be willing to risk that in order to find justice for the woman he loves?
Dream Casting: Guy Pearce.

Walter: You're hot. We should bone.

Artemisia: I can't dispute either of those statements, but don't you care that I'm a whore?

Robert, Evil Earl's Son: I care that you're a whore! And I'm going to tell EVERYONE!

Walter: Hey, congregation, 's'alright if I marry this superhot courtesan? Especially if I quote some Scripture at you while I'm at it?

Congregation: We are uncharacteristically okay with that idea!

Romance Convention Checklist:
The Word: Hot Under the Collar was one of my very first eBook purchases - and then I sort of forgot about it. Mainly because I hated reading on my hand-me-down Kobo Vox, and also because you can't see your eTBR staring you in the face the same way your print TBR does. Thus my print book pile always seemed more urgent.

But now that I have my shiny, lovely Kobo Mini? I'm on the eTrain!

Walter Langston never really wanted to be a vicar. As a ne'er-do-well third son, however, he had little choice - it was the church or the army. And as the hot, young, single vicar of the small village of Grange-Over-Sands, he's a tempting target for every devout family with a marriageable daughter. The only woman who doesn't threaten him with matrimony is also the only woman who never enters the church.

Walter is intrigued and attracted to Artemisia and proposes a clandestine affair. Artemisia is also attracted to Walter, and more than a little lonely, so she agrees. Before too long (this is, after all, a novella) they start to develop deeper feelings for each other. But how can a vicar marry a courtesan?

Fairly easily, as it turns out. There are plenty of good aspects to this novella - I love how the roguish Walter grows to actually enjoy his position and his impact on the community, which only raises the stakes since the parish council has the ability to sack him at a moment's notice should he stray from propriety (by, say, carrying on with a courtesan). I also enjoyed how Artemisia is a sexually mature heroine. She carries no shame or regret for the choices she made to survive, and she recognizes the awful double standards that allowed the earl's son to walk away unscathed.

That being said, I felt this story pulled way too many punches. Everything just seemed too easy. Walter worries - but he's never too worried. He's fairly confident he can win the people over, and he does so without too much trouble. Considering how badly people treated Artemisia for years, I had a hard time swallowing how easily (and hypocritically) they re-accepted her into the fold.

As well, there's little to no external conflict. We get a stereotypical moustache-twirling turn from the earl's son, but he's defeated so off-handedly with the casual melodrama of a teen soap that I could never understand how he was considered a threat to begin with.

While I liked both characters and Ms. Barbosa's writing is stellar, the story is just too lightweight to retain my attention.
B-
Posted by AnimeJune at Tuesday, July 30, 2013