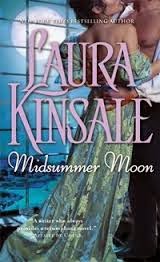 The Chick: Merlin Lambourne. A famous lady inventor.
The Rub: She's dumb as a post at anything that isn't mechanics. How will she cope?
Dream Casting: Alison Brie.

The Dude: Ransom Falconer, Duke of Damerell. A high-handed duke who must protect Merlin from evil French spies who want to kidnap her for her inventions.
The Rub: Unfortunately, after "accidentally" having sex with her, protecting her becomes a whole lot more complicated.
Dream Casting: Cillian Murphy.

The Plot:
Ransom: Hey, I'm here to save and protect you!

Merlin: What are you wearing?

Merlin: Mercy me, a hat! How exciting! I've never seen a hat before, what is it for?

Ransom: Crap. Now we have to get married!

Ransom: No! Bad Merlin! GO TO YOUR ROOM RIGHT NOW!

Literally Every Other Character: Hey there, we're totally interesting and have really intriguing backstories but go ahead and focus the story around the Teletubby and her babysitter. We'll wait.

Merlin: *falls into a coma, wakes up with amnesia*

Literally Every Other Character: ... really? You'd rather read about AMNESIA than us? When we have secret lovers and acrimonious divorces in our pasts? Oh well. There's no accounting for taste.

Merlin: Okay I'll marry you now! How do we petition to stork to bring us babies?

Romance Convention Checklist:
The Word: I will hand it to Laura Kinsale - her heroines are a varied bunch. Some are practical, some are romantic, some are stone-cold bad-asses, and others are emotional and compassionate. Unfortunately, with Midsummer Moon, I spun the Kinsale Heroine Wheel and wound up with Helpless Baby Duckling Woman.

Our heroine, Merlin, is a wide-eyed, chipmunk-cheeked, oblivious dithering idiot of a woman who is (allegedly) a genius at physical engineering and a sleep-deprived six-year-old at literally everything else. Perhaps the author intended her to be an Absent-Minded Professor, but she wound up closer to Nell, instead. And of course, the novel presents her as the Cutest Widdle Special Snowflake, rather than a woman with severely stunted social, interpersonal, and self-preservation skills thanks to an abusively isolated upbringing that is only barely hinted at.

Our hero Ransom Falconer, named in the ancient English tradition of picking two random words out of the dictionary, is a duke/government agent who has been sent to protect Merlin because one of her inventions has attracted the notice of Evil French Spies. His task is to figure out what Merlin's trying to invent, and protect both it and her from falling into Evil French hands.

Ransom makes his own task (among other things) much harder when he accidentally ingests Magical Sex Salt and winds up despoiling Merlin (twice!) on her dead uncle's bed not five minutes later. This contrived coitus-causing condiment is never explained nor mentioned again. But that makes sense - why write Ransom as an Irresponsible Rake when you can just give him a magical potion that makes him one for three pages? Then he can go back to being your Man of Honour Hero without taking any pesky responsibility for his actions. The magical salt made him do it. Right.

Adding a crank of Creepy Pepper to this Gumbo of Stupid is the fact that Merlin clearly has no idea what's going on while it's happening, giving us a scene that reads pretty darn close to statutory rape.

See, this is why you don't have sex with children. If your partner is incapable of understanding what sex and its consequences are, you're doing it wrong. And if you write a heroine who talks like a baby, thinks like a baby, and fiddles with her lower lip like a baby, it's going to look really creepy when your hero fucks that baby.

Anyway, Ransom recovers from his, uh, sodium-induced boner to realize he's been an Exploitative Dick, so he decides to kidnap Merlin so she can continue to work on her inventions under his supervision and protection.

The novel picks up a bit at this point, because Ransom's family members are also in residence, and each one of them is about a billion times more nuanced, colourful, and interesting than our main pair. How could Laura Kinsale write women as complicated and interesting as Ransom's politically-minded sister Blythe, or his dramatic opera-singer ex-sister-in-law Jacqueline, and decide to make Professor Honey Boo Boo the heroine instead?

Yeah, I absolutely despised Merlin. While she's not quite as unbearable as Olympia from Seize the Fire, at least that book acknowledged Olympia was an idiot once in a while, whereas Merlin's utter incomprehension of language, social conventions, adult behaviour, and advanced reasoning is depicted as Just So Precious by everyone in the novel. Merlin acts like a child - and the other characters coddle and treat her like one, which makes her burgeoning relationship with Ransom come off like Regency Lolita.

The secondary characters are pretty much the only reason I didn't DNF the novel. The main conflict between Ransom and Merlin is that Merlin's determined to build a flying machine, which scares the utter bejesus out of Ransom because he's so terrified of heights he's never even visited the second floor of his own house. Merlin tries to work on her machine, Ransom tries to talk/force/trick her out of it, Merlin gets angry, Ransom whines and apologizes, then tries a dirtier trick - until Merlin winds up kidnapped and has to be rescued. She gets kidnapped (and subsequently rescued) a lot. Because she's about as sharp as a bowling ball.

Their relationship is founded on Ransom constantly saving or easily tricking Merlin away from the danger she constantly puts herself in, and that is the last kind of romance I care to read about. I grew out of the Babysitters' Club books when I was in elementary school.
C-
Posted by AnimeJune at Sunday, September 14, 2014