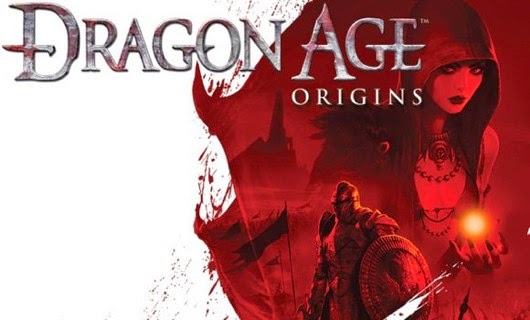 You didn't think I was much of a gamer, did you? Neither did I, to be honest. As a kid, I howled at my parents for a Nintendo 64 after spending several semi-interesting afternoons with my sisters in our neighbour's basement playing MarioKart and Banjo Kazooie. Once I finished howling over the injustice of receiving a Playstation for Christmas instead, I spent several years enjoyably bouncing along in Crash Bandicoot and Jak and Daxter, and scrolling my way through the Japanese soap operas of Final Fantasies VIII through X-II.

Once I grew up and moved out, I kind of lost interest in videogames. It wasn't that games were getting worse, far from it. To me, they seemed to grow more complicated, more difficult, and demand more investment than I was willing to give. My interests lay elsewhere - in books, writing and blogging. I didn't have time for games, and I didn't really miss them.

So this year, I dusted off my Xbox 360 and realized I hadn't turned it on in over a year. Yes, I'd bought an Xbox 360, and I'd tried Skyrim, LA Noire, and Batman Arkham Asylum, and nothing had clicked. I didn't even use it for Netflix anymore (I had a Blu-Ray for that). I figured it was finally time to give it away and turn my back on gaming for good.

But still, I felt guilty. There were games I'd bought that I hadn't even tried yet. I figured I couldn't give my Xbox away until I had tried every game I'd already bought for it. There was only one game I hadn't gotten around to opening - a secondhand copy of Dragon Age: Origins.

And that one game was enough to suck me right back in to gaming, and in a big way. Dragon Age introduced me to game and storytelling elements I'd never experienced fully in games before, it changed my whole view of gaming and turned it right back into the addictive experience it was in my teens. 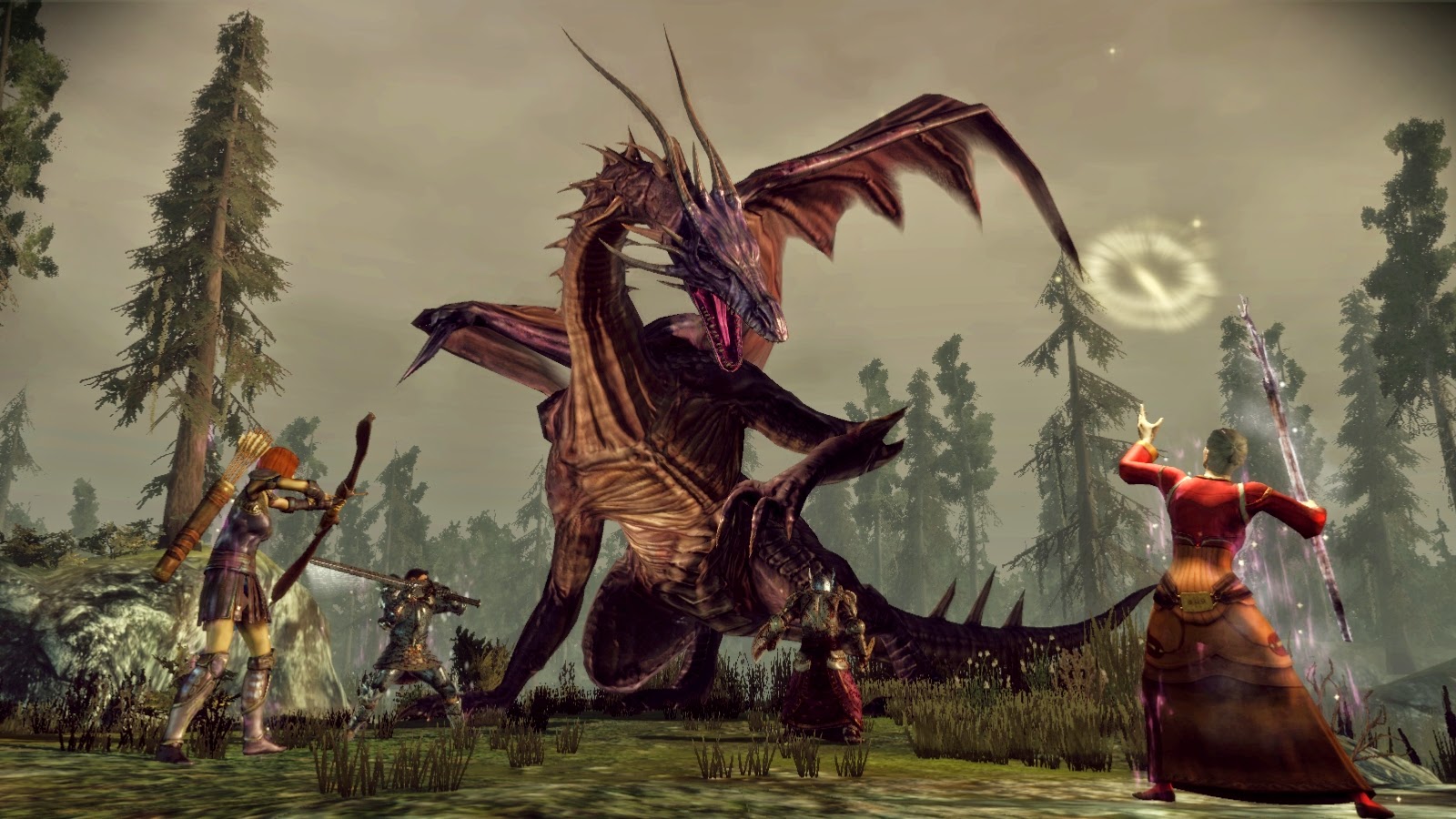 The Story
So what's the story? Well, that depends. The main story is that the darkspawn, a race of subterranean demons, have amassed into a horde and are now invading the kingdom of Ferelden in a terrifying phenomenon known as a Blight. Your character, through one way or another, has just been recruited into the Grey Wardens, a secretive order of warriors dedicated to fighting darkspawn. Unfortunately, not long after you're recruited, the Grey Wardens and Ferelden's king are betrayed and slaughtered during a key battle, so you and your ragtag band of survivors, stragglers, and outcasts have to use the Grey Wardens' binding treaties to enlist the aid of the different peoples and races to end the Blight before it overruns the rest of the earth.

Your Story
The aspect of Dragon Age that shocked me the most (and had me scrambling to keep playing) is the the actual power you, the player, have over the story in the choices you get to make. In all the other RPGs I ever played, I controlled a specific character while experiencing a specific story. I didn't get to make any choices - I sat back, experienced the narrative, and continued it by fighting monsters and bosses.

Well, in Dragon Age: Origins, a large part of the story depends on your decisions. Those decisions change the story and actually have far-ranging consequences that can affect other quests in the game. The first choice you can make is your character - depending on your race (dwarf, elf, human) and class (mage, rogue, warrior), you get a different origin story and characters will interact with you differently. Other choices involve your character's personality - you can be righteous and altruistic, or hardened and practical, or sarcastic and only out for yourself.

Other choices are pretty huge, and have major repercussions throughout the game. Your ultimate quest is to amass enough allied forces to take on the darkspawn army and their Archdemon (head honcho). This takes you to several areas in the game, where you will have to complete a major task or quest - and how you complete it determines which type of forces will end up fighting for your side in the final battle. For instance, when your party encounters a mage training school overrun with demons, will you side with the Holy Templars and kill all the mages to eliminate the threat of demons, or will you side with the mages and protect them? Or when the dwarves you want to ally with are too busy with their civil war, which candidate for King will you support?

The best thing is - there are no wrong choices. There are certainly more moral choices, or more effective choices, or more hilariously evil choices (during one mini quest, I could choose between feeding a starving prisoner to get his treasure key - or simply stabbing him and taking it!). In some situations, there are no easy answers - for one particularly difficult quest in which a child is possessed by a demon, you can save him by sacrificing his mother to forbidden blood magic, or you can kill him to defeat the demon. Have fun with that one!

Not only that, but the choices make this game endlessly replayable. You played the game as a casteless, amoral dwarf rogue who romanced Leliana? Why not see how the game plays as a righteous human noble who seduces Alistair? The possibilities are endless. 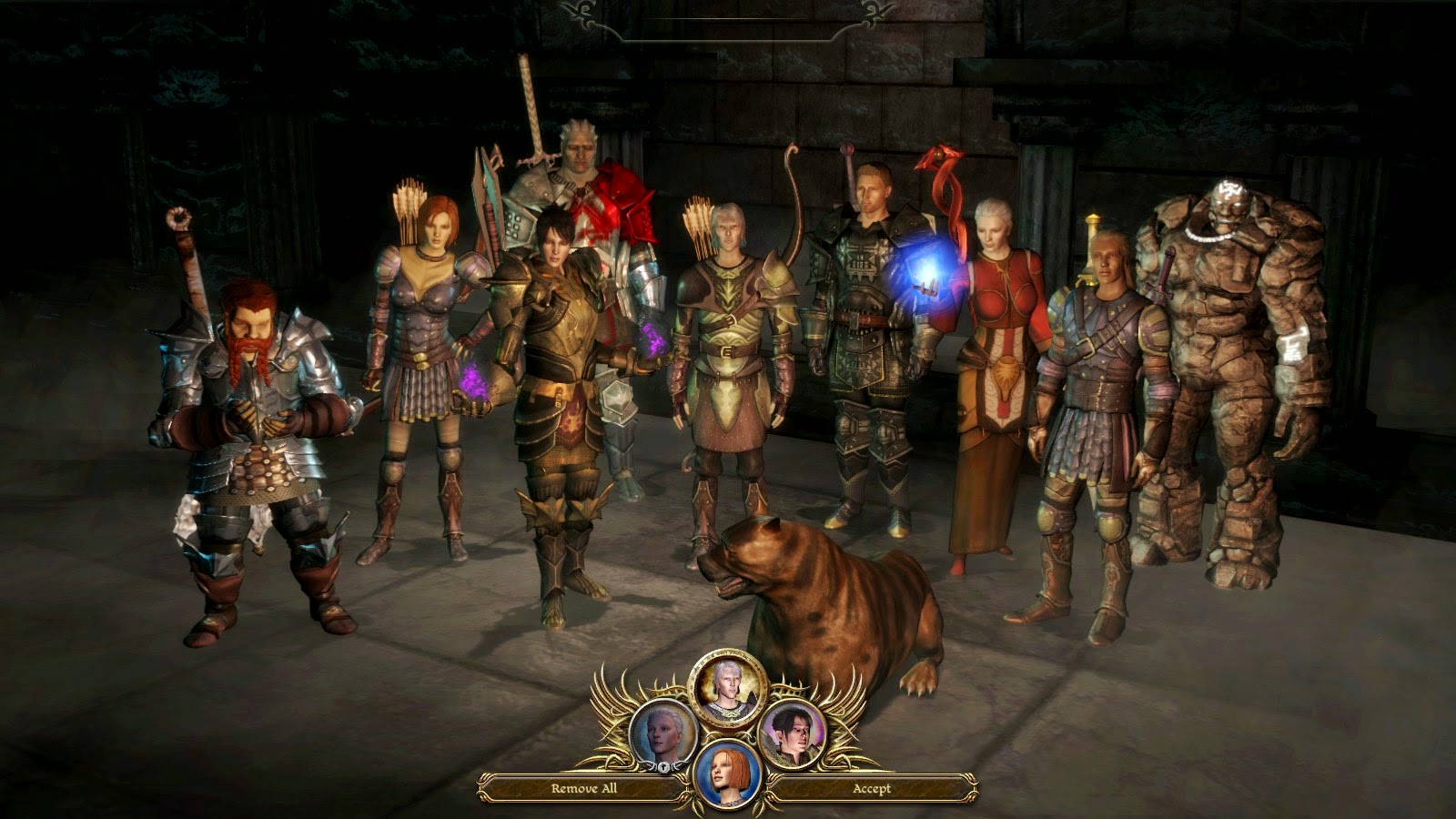 The Characters
It's not only you fighting out there - you can also collect a varied cast of characters who will fight and interact with you (and with each other, if they're in the same party!). Each of these characters come with their own personalities, backstories and moral codes (or lack thereof) and will react differently to the decisions you make. There's Alistair - the bashful but righteous Grey Warden who shows you the ropes. Or Morrigan - the mysterious swamp witch with her own hidden agenda. Or Leliana - a religious sister who follows you after seeing you in a vision. Or Zevran - an elven assassin initially sent to kill you. And those are just a few.

They're all voiced expertly by talented voice actors (seriously - the voice acting in BioWare games is beyond compare), and their interactions with your character are one of the most entertaining aspects of the game. Not only that, but their loyalty and affection are not guaranteed. If a character disapproves of you enough, they might opt to leave your party - or betray you! Conversely, if their approval rating for you is high enough, they might pursue a more, shall we say, intimate alliance with you (and you can do the same!). It's your story, after all - and what's a story without a romance?

The Rest of the Story (Lore)
There's also a lot of lore. Picking things up or looking at certain things will upload books and information to your Codex. You can easily ignore this if you want. However, if you're like me - a diehard high fantasy reader, this is all delicious, delicious gravy. The worldbuilding in this game is amazing - it borrows from the common tropes regarding elves and dwarves and mages and such, but also adds unique touches to them. The idea of dwarves having a caste system, or elves being a persecuted nomadic people, or the church's control of magic with templars were all really fascinating to me.

Not all of this information is relevant to the exact quest at hand, but it's all interesting - and a lot of it carries over into future games. It gives the game and your decisions some context.

The Actual Game Stuff
Now - the gameplay. It's ... fine. It's serviceable. I played it on Casual - it's fun to explode enemies or decapitate them and there are interesting abilities and potions and stuff, but those things have never been very important to me in games. That may sound ridiculous, but that's the type of gamer I am. I'm a story person - and what I love about Dragon Age is that, instead of feeling like I'm reading an interactive fantasy novel (like with the Final Fantasy games), I feel like I am the hero of a fantasy novel. The combat and the game elements contribute to that, definitely, but all those other games I played and got tired of - they all had great gameplay elements. They just didn't have the story and the choice-based aspects.

That being said, from my inexperienced perspective, the gaming aspect is pretty sweet. Every time you level up you have the choice to improve certain aspects of your character (stamina, willpower, strength, cunning, etc) as well as learn new skills required outside combat (herbalism, lock picking) and in combat (spells, weapon moves, etc). There are also Tactics - you have the choice to actually program how your supporting party characters will behave in a battle. You can program them to use a certain spell if they're surrounded, or come to your rescue if your health is low - or you can leave it alone entirely as I did and let the automatic tactics work for you.

That's basically why I love this game - it can be as difficult or as easy as you want it to be. You can play on Casual, like me, and enjoy the story, or you can play it on Nightmare (the hardest setting, where you can actually do damage to your own party members if you're not careful enough) with strategically-programmed Tactics.

This is an older game - ha! It's from 2009! - but an enjoyable one nonetheless. I'd recommend it to any serious fantasy fans - and most especially to people who have played the new Dragon Age: Inquisition who want some more background information on what came before.
A+
Posted by AnimeJune at Friday, December 26, 2014