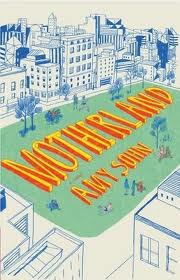 Rebecca: A well-off Park Slope mother with a successful husband and two children - only one of whom's her husband's. Keeping the secret is slowly unravelling her, and the reappearance of her celebrity lover doesn't help things.

Gottlieb: The director of a film school who worries his failures as a filmmaker and screenwriter are affecting how he's raising his sons and interacting with his wife. When he gets the chance to go to Hollywood to pitch a screenplay, he leaps at the chance.

Marco: A gay dad in Park Slope who never wanted to be a parent,  whose partner, Todd, pressures him into adopting a second baby. The stress of being the unwilling primary caregiver to two young boys leads him into an addiction to booze and anonymous gay hookups on Grindr.

Karen: A former pampered stay-at-home mom, she struggles to regain her life and independence after her husband leaves her for a transsexual prostitute, but she's been out of work her entire child's life and her money situation is uncertain.

Melora: A Hollywood actress back in New York to try theatre after her last film bombed - she's at odds with her combative director and smartass costars, but an encounter with a strange, harsh artist on a plane gives her a new inspiration - and obsession.

Theo: Rebecca's husband. Kind of clueless - but may have a surprising secret life.

CC: Rebecca's best friend and Gottlieb's wife - also rather unsatisfied in her marriage.


Todd: Marco's inconsiderate ass of a boyfriend who pressures Marco to adopt another child, only to spend several months away at work.

The Word: I wasn't quite sure what to expect when I picked up this book by Amy Sohn at the BEA Book Blogger con. The author had pitched at my table during the Networking Breakfast and she made it sound like a soapy read about pretentious, unhappy rich parents.

And, essentially, it is. Motherland follows five loosely-connected protagonists (Rebecca, Gottlieb, Marco, Karen and Melora),  all of them parents from the privileged New York City neighbourhood of Park Slope. All of them are unsatisfied in some way, most of them make numerous expensive, selfish, strange, and disturbing attempts to escape from the misery of being pretentious, bored, and wealthy (although not as wealthy as they'd like to be - they have to simply scrape by to afford forty thousand dollars a year for the nanny!), and few of them exhibit much empathy for anyone else.

I'm at a bit of a loss as to how to review this novel. Ultimately, for this sort of book, I must rely on the basics: did this novel entertain and satisfy me? To that, I reply sort of and not quite. Motherland entertains on a voyeuristic level - on being able to peek into the lives of privileged people and the details of their clothes, lifestyles, and personal problems. However, I only found it entertaining in a very superficial way. It was very difficult to become invested in the storyline or connect with the characters because none of them seem capable of healthily connecting with anyone else, including their kids.

They're all quite isolated in their pursuit of satisfaction, and perhaps that was the novel's point. Honestly, Karen was the only character I felt any attachment to. I could understand her loneliness and living under the stigma of being a single parent in a neighbourhood full of smug marrieds, trying to figure out what the hell she's supposed to do if her husband decides to stop paying child and spousal support. I understood her feelings and her motivations, and I appreciated her attempts to find herself and what she's good at - even when the story takes a bizarre turn and she starts pimping out a toe-sucking masseuse/prostitute in her co-op building (don't ask).

If I feel distanced from the characters, I can usually at least take some enjoyment from the events in their storylines, the progression of the characters' mindsets, and the satisfying conclusions to some if not all of their problems - however, Motherland doesn't provide that, which leads to my second biggest problem with the novel. Most of the storylines either a) go nowhere and are ignored or else remain unresolved or b) end with a sudden, unforeseen and random conclusion that feels unearned. I suppose that's meant to invoke the "it's just like real life" voyeuristic appeal, but to me, stories need to be told for a reason - there is a reason we're seeing these people at this particular stage in their lives right now - which usually means that something has to be achieved at the end of the novel. Instead, the narrative kind of peters out as if bored with itself and none of the characters (save perhaps Karen and Melora) have changed or grown in any way. This left me feeling cheated - particularly in regards to a surprisingly disturbing storyline hidden in the spoilers:


In the storyline where Gottlieb goes to Hollywood to pitch his screenplay, he has a fantastic one-night stand with a mysterious and much-younger woman at around the same time he gets an E-mail from a sperm bank he used in college to say that he has a child. Yes, it turns out to be exactly as awful as you're thinking: he discovers he's had sex with his own daughter. Bizarrely, after the initial shock, he simply takes the news as a sign from the universe that he's a luckless schlub just like everyone else, and he should just start over. Except - sleeping with your daughter isn't an ordinary Everyman screw up. It's horrifying and almost made me dry heave while reading - even worse, his narrative fades out after that, although he does move to L.A. to "keep in touch with his daughter." GROSS.


As well, there is a lot of name-dropping in this novel, and certain real-life people are brought into the fictional narrative and given dialogue - a technique which gave me pause. Fictional cameos of Sacha Baron Cohen and Gwyneth Paltrow seen in passing seem harmless enough and appropriate to the Hollywood and Broadway settings but in Melora's storyline, Jon Hamm (of Mad Men fame) is given several nasty scenes and lines where he comes off as a smarmy jackass. Why do that with a person who actually exists (and can sue you)? Why not invent a character? I found myself feeling uncomfortable and a little sorry for Jon Hamm.

As it is, Motherland went down easy - too easy. I read this novel with an increasing detachment and nothing stuck in my consciousness as being particularly memorable (except the nasty storyline in the spoilers that I would really care never to remember ever again).

Motherland will be available August 14 - you can preorder here.