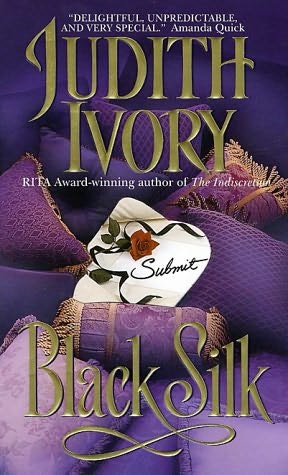 The Chick: Submit Channing-Downes. With her husband dead and his illegitimate son contesting his will, she is left alone and penniless with nothing to do - except deliver a mysterious black box to her husband's former ward, the infamous Earl of Netham.
The Rub: The Earl wants nothing to do with the box, and, impossibly, sees her loving husband as a cruel despot. Submit's attempts to understand him pull her closer and closer into his orbit.
Dream Casting: Romola Garai.

The Dude: Graham Wessit, Earl of Netham. Currently embroiled in a lawsuit in which his dirty linen has made him a public laughingstock, he has no desire to revisit past humiliations when the wife of his former guardian Henry tries to make him accept something that is clearly a final attempt from his guardian to shame him.
The Rub: His guardian's widow is unnervingly young and pretty - and, impossibly, she loved and adored her husband despite their age difference.  Graham then begins to see changing her mind about Henry's true nature as a delicious kind of challenge.
Dream Casting: Ioan Gruffudd.

The Court: And yet you're such a public Duke of Slut that we're going to believe her!

The Court: BTW, Submit, your illegitimate stepson's contesting your husband's will so we're going to tie up all your funds.

Graham: Let's have tea instead!

Submit: What? Oh, fine, whatever. Dammit! Why can't you be as sleazy as everyone says you are?

Graham: Why can't you let me kiss you and tell you that I'm falling in love with you?

Submit: Despite my condemnation of everything you purportedly stand for I can't stop coming to visit you, rummaging through your private drawers, and secretly writing about your exploits!

Graham: Aw, that's so sweet - wait, what about that last part?

Submit: Oh, BTW, I'm going to go marry this boring dude because my love of writing has made me independent.

Submit: You're right, that was a stupid idea. Let's get married then!

Romance Convention Checklist:
The Word:
I first read Judith Ivory after a recommendation from Jessica of The Hypeless Romantic. I adored The Proposition (a gender-reversed retelling of My Fair Lady), and appreciated Untie My Heart (even though my personal distaste for the relationship dynamics in that novel  kept me from wholly enjoying it).

With my third outing with this remarkable author, I've returned to my fangirl phase.

Graham Wessit, Earl of Netham, is the perfect Rake - one part Unsatisfactory Childhood, one part Disapproving Guardian, mix with two parts Scandalous Past and one part Ennui. He lives his life as he sees fit and actively cultivates his coal-black reputation.

After Henry Channing-Downs, Graham's former guardian, dies, his widow tracks Graham down to deliver a particular black box Henry bequeathed to him in his will. Submit Channing-Downs is desperate to hand the box over and discover why her husband kept it all these years - but Graham is just as desperate to refuse it. They both know what the box contains (although this revelation is painfully recent in Submit's case): exquisitely-rendered pornographic paintings.

Submit has no idea why her husband held on to those pictures, and hopes Graham's answers might vindicate Henry, a man she loved dearly despite their 50-plus-year age difference. However, Graham has an entirely different view of Henry that doesn't mesh at all with hers: that of a cold, self-righteous, and rigidly logical curmudgeon who made his adolescence a torment. Despite - or rather, because of their differences, Graham and Submit can't escape their fascination with each other.

They also share a major thing in common: both are currently embroiled in legal battles. For Graham, a sixteen-year-old girl whom he's never met accuses him of impregnating her and files a paternity suit. Half of society believes Graham should face justice, the other half support him (while smirking behind their hands), but everyone believes him responsible.

Meanwhile, with Submit, her recently deceased husband's illegitimate son William is contesting the will that leaves her the marquess' entire fortune. The suit effectively ties up all the Marquess' funds, leaving Submit penniless and vulnerable to William's efforts to coerce a disadvantageous deal out of her.

Above all else, Black Silk examines the power of perception - how one is perceived, and how one perceives oneself. Not only do Submit and Graham struggle to reconcile their entirely different perceptions of Henry, but Graham's forced into an excruciatingly public identity crisis. Thanks to the paternity suit, his scandalous exploits are not only dragged through the courts but lampooned in The Rake of Ronmoor, a popular serial written under a nom de plume. The glare of society's magnifying glass forces Graham to reevaluate his life choices but he's no longer sure he knows how to separate his own judgement from that of society's.

Black Silk is a fascinating and gorgeously written romance - and a highly unorthodox one. Despite the book's enormous length, Graham and Submit don't even share a kiss until more than 80% through the novel. Their development is subtle and slow - while Graham is more than eager to physically express his affection early on, Submit is such a quiet, low-key, repressed character. She values logic, and fairness, and reason, and Graham has to chip away at several layers of reserve to reach her emotional awakening.

Part of her fascination with Graham stems from how Graham refuses to fit into any one category. He's not a misunderstood bad boy, he's not a saint, but he's not a villain - and he refuses to see other people in similarly black-and-white terms. For example, he continues to support William financially (even though he's suing Submit), because Graham sympathizes with him and does believe that Henry's will was cruelly unfair. And yet he'll offer to let Submit live in his flat on a whim. He expresses affection for her, but continues to live with his married mistress, Roslyn (who is crazypants but awesome and not a bitch, amazingly). Submit finds herself falling deeper and deeper in her quest to understand him and pin him beneath some concrete definition.

And honestly, as long as you're fine with a slower pace, Judith Ivory's prose is breathtaking. Not only with the lyrical writing style and the beautiful way she focuses on minute but lovely details, but her use of repetition and visual metaphor. For instance, Ivory pays a lot of attention to Submit's crinolines - the enormous hoops under her skirts that keep everyone else at a distance, in much the same way that her firm but reserved manner keeps anyone from getting too close.

Black Silk is an amazingly beautiful, original novel that remains unabashedly romantic despite being downright merciless towards tired romantic tropes.
A+
Posted by AnimeJune at Friday, April 19, 2013