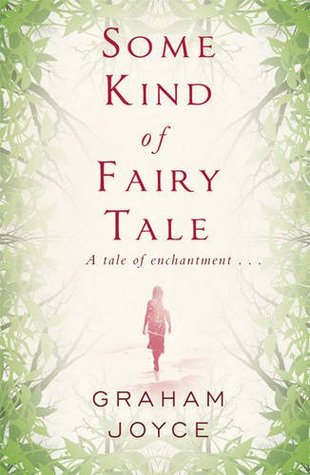 Tara: Before she turned sixteen, she wandered into the woods and vanished without a trace. 20 years later, she's back, seemingly unchanged, with one whopper of a story to tell.

Peter: Tara's brother. Now a hardworking father of four, he's forced to revisit the painful past when his sister turns up out of the blue.

Richie: Tara's boyfriend - and the prime suspect in her disappearance. The experience cost him his best friend and his faith in himself - now that Tara is back and his name has been cleared, can he start to rebuild?

Vivian Underwood: Tara's psychiatrist, who examines Tara and questions her about her experiences while trying to find an underlying cause for her apparent delusions.

Mrs. Larwood: An elderly neighbour of Peter's with a mysterious link to Tara.

Hiero: The name of the unearthly gentleman who led Tara away from her family and into another, magical dimension.

The Word: Peter is a middle-aged man content with his life. He works as a farrier in a small English village, he shepherds a boisterous clan of children, he adores his loving but frazzled wife, and he continually fixes his falling-apart cottage. His complacent, uncomplicated life abruptly shatters when he receives an astounding phone call on Christmas Day: his sister, Tara, has returned home - after going missing twenty years ago.

Two decades ago, Peter was eighteen, and losing his sister wounded him to his core and destroyed his relationship with his best friend Richie, whom he and his family blamed for Tara's disappearance (Richie was Tara's boyfriend at the time). He's always wondered and worried about Tara - but now that she's actually back...

Tara doesn't look any older than 16 (the age when she disappeared). She wears dark glasses all the time. Worse - she clings to an inexcusable, unbelievable, impossible excuse for her absence for all these years. She met a man on a white horse in the woods, she says, and was carried away to a strange land. She fought to return for six months - but six months in that world turned out to be twenty in this one.

Peter is furious. Their parents are bewildered. And for Richie - now a down-on-his-luck musician - it's one hell of a wake-up call. After years of sleepwalking through life and writing songs about his first love whose disappearance broke his heart, Richie has to confront that girl and the choices of his past, face to face.

With Some Kind of Fairy Tale, Tara's fairy abduction is part of the story without actually being the story. Rather, Tara's miraculous reappearance serves as a fantasy-tinged catalyst for a poignant, thoughtful exploration of growing up and the inevitable passage of time. Peter, while trying to mend fences with Richie, discovers their friendship will never be quite the same since they're no longer stupid teenagers who can get away with drunken shenanigans (although they still try to). His own children are growing up far too quickly for his liking - his daughter Zoe is now the exact age Tara was when she vanished. Yet the novel also looks at characters for whom time has stopped (magically in Tara's case, emotionally in Richie's) and how isolating and destructive that can be.

While the fantastical set-up is entertaining, the novel shines most in its themes, its character development, and its use of perspective. I love novels with multiple perspectives, and here, we have a whole host of colourful, detailed people from both the present and the past weighing in on Peter, Richie, and Tara's shared history. Joyce aptly conveys each character's struggle to accept Tara's story and reconcile that with how they adapted to her absence.

Honestly, the "real world" portions of the book are full of such vibrant humanity, depth and warmth that the "fantasy" portions (Tara's recollections of fairyland) seem paler and shallower in comparison. If you are reading this novel looking for a pure fantasy read, you're going to be disappointed. This isn't really a fantasy novel - it's fiction with fantasy elements. The story hinges on Tara's disappearance - but the hows and whys behind her actual absence aren't really that important. The story is compelling all on its own - even if the ending wanders into bittersweet territory.

I must give a shout-out to The Book Smugglers for recommending this novel, because otherwise I might have passed it by, and that would have been a shame. With its diverse points of view, well-developed themes and rich cast of characters, Some Kind of Fairy Tale is an imaginative, satisfying read.
A-
Posted by AnimeJune at Saturday, May 04, 2013