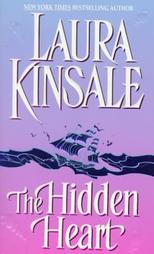 The Dude: Gryphon Arthur Meridon, Sixth Marquess of Ashland, a.k.a. "Gryphon Frost." A penniless adventurer, he's tasked with helping Lady Tess find a suitable husband.
The Rub: Gryphon wants Tess for himself, but after losing love too many times, is his heart willing to take the risk again?
Dream Casting: Chris Hemsworth.

Tess: Hello! I'm an aristocrat raised in the wilds of the jungle!

Gryphon: Hello! I'm a secret aristocrat who's become a penniless sea captain when my family was murdered by pirates!

Tess: Awesome! I love you!

Tess: Welp, I married an Obvious Abusive Pedophile instead. Looks like I learned my lesson! Make-up sex?

Tess: How about make-up sex on A DESERTED ISLAND?

Tess: That was awesome! I can't wait to start our happily ev---

Gryphon: Oh look at the time, it's I Never Really Loved You O'Clock!

Tess: Are you fucking kidding me?

Stephen the Pedophile Husband: Time for an action-filled climax! *kidnaps*

Tess: Um, I had your kid. I think my uteruspain outranks your manpain.

Tess: And I was kidnapped. And locked in a CELLAR. Cellarpain, kidnapped pain > manpain.


The Word: Lady Tess is the only daughter of the Earl of Morrow, a noted botanist and adventurer who's spent the last ten years of his life (and Tess's) exploring South American rainforests. While he lies dying of a fever, his final wish is for Tess to return to England and marry.

However, the Earl's friend, Mr. Taylor is worried for Tess' wellbeing. It's going to be hard enough for her to re-adapt to England's stifling social customs after ten years gallivanting about the rainforest and performing amateur taxidermy (for reals), but with her enormous fortune she will also be a tempting target for scoundrels and fortune hunters. Mr. Taylor decides to hire Gryphon Frost, the man captaining the ship destined to return Tess to England, to pose as a gentleman and help Tess separate the marital sheep from the goats.

This poses a significant problem for Gryphon, as he's half in love with Tess already. Unfortunately, he's broke and Mr. Taylor's willing to pay top dollar, so he signs on to nurse a six-month-long boner and help Tess find the upper-class man of her dreams.

Gryphon, of course, is hiding a Dark Past worthy of a Gilbert and Sullivan musical - if Gilbert and Sullivan were clinically depressed. The grandson of the Marquess of Ashland, Gryphon was only a boy when his mother, father, uncle, and sisters were brutally murdered by pirates while returning to England from India. The captain of the accompanying ship, a man who married a cousin of Gryphon's family, refused to rescue them in order to obtain the marquessate for his own son.

While Gryphon mourns his old life and his family, after his one teenage attempt to return to Ashland nearly resulted in his own murder, he knows he has little to no chance of proving his identity seventeen years after the fact. Falling in love with a wealthy aristocrat like Tess only pours salt in the wound.

Especially since his feelings are reciprocated. Like him, Tess was born into the peerage but spent most of her life outside of Society's ken, and relearning the rules and strictures is a struggle. However, to please her father's ghost she continues to receive titled suitors - like Stephen Elliott, the current Marquess of Ashland who casually invites Gryphon to his Whips, Sticks, and Pedophilia Club after a single night's acquaintance.

Eventually, Tess and Gryphon admit their love for each other, but before they can seal the deal a Random Pregnant Villainess shows up and casts our two lovers adrift. The rest of the novel follows our protagonists as they make their long, slow, circuitous way back to each other.

The plot pretty much loses all structure at this point. For the next several hundred pages, Tess and Gryphon ping pong between several continents and their own impenetrable angsts, as dangers of varying degrees of melodrama (tropical storms, misunderstandings, murder trials) rise up to swat them in new directions. The novel is definitely an example of an epic romance, encompassing months and years of our protagonists developing, reuniting, breaking up again, and rushing back to save each other, and all of it in interesting and well-described situations and settings (Brazil, Tahiti, England).

Thanks to the aimless plotting, the novel's enjoyment rests solely on our characters and here's where the novel succeeds - and stumbles. Tess is a fairly interesting heroine. Yes, she's naive and a bit of a doormat when Gryphon mistreats her, but she knows how to get angry and knows how to take care of herself in dangerous situations, which is more than I can say for Olympia and even Leda. There's a particularly hilarious scene where Tess, upon discovering an intruder in her house, flees to the shore, jumps into the ocean and swims to Gryphon's ship.

Gryphon, on the other hand... Well, he starts out adorably enough. Kinsale is a master at writing bumbling lovestruck heroes and Gryphon is no exception. Unfortunately, after the initial event that separates him and Tess, he develops severe Philophobia and repeatedly sends Tess away because Love and Attachment Cause Pain, and His Heart Can't Take It Again, blah blah blah. Much like the hero of this novel's sequel, Gryphon neglects and mistreats Tess (and eventually their child, which was extremely hard to swallow) in order to drive her away. I realize these sorts of heroes often think they're acting in the best interests of the heroines, but it's their manpain and their mantears they're really concerned about and I lost patience with Gryphon after the first two times he shoots Tess down.

So what, really, did I think of The Hidden Heart? It's a solid debut, with delicious backstories, unconventional locations, and lots of drama. The foundations of Laura Kinsale's writing are all here. There's a lot of room for improvement - but thankfully, as we already know, Laura Kinsale does.
B
Posted by AnimeJune at Sunday, July 28, 2013