Review Round-Up: "The Sweet Dead Life," "The Governess Affair," and "The Third Angel"

Okay, let's look at the facts. I read a lot of books, and I recently spent some time away when I didn't have time to update my computer. The result is a bit of a review and post backlog, so, in the spirit of efficiency, I will be combining these three books in one mega-review in order to clear my schedule and start reading the truly monstrous number of books I lugged home from Book Expo America. 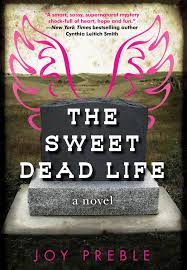 This was a novel I'd actually picked up last year at Book Expo 2012 but hadn't read yet. A slim but weird tome, it benefits from having a truly hilarious voice in its POV character, Jenna Samuels.

The novel starts out with a typically dark-YA situation. 13-year-old Jenna and her stoner older brother Casey have been scraping the bottom of the barrel to make ends meet. Their father walked out on them five years ago, and their increasingly depressed mother no longer goes to her job, leaves the house, or puts on clean clothes.

Oh, and Jenna's also suffering from a mysterious, debilitating illness that no doctor's been able to diagnose. When she collapses in a seizure, her brother rushes her to the hospital - but because he's also stoned out of his gourd, he crashes the car and dies.

Or not. Suddenly he turns up in the hospital - miraculously alive, healed, acne-free, and accompanied by a sudden new purpose in life and a mysterious mentor named Amber. Apparently, Casey was not destined to die this year, so the Powers That Be have imbued him with angelic powers and sent him back to protect his sister and save their family - since their father's disappearance, their mother's depression, and Jenna's illness might be the result of nefarious design instead of simply bad luck.

The plotting of this story is a little hit-or-miss (and it gets downright science fictional at the end), but beneath it beats an entertaining, sympathetic heart as Jenna enlivens the story with her hilarious observations about Texas, Mexican food, nosy angels, and how much she loves and depends on her brother more than she'd like to admit. A solidly entertaining story.
B 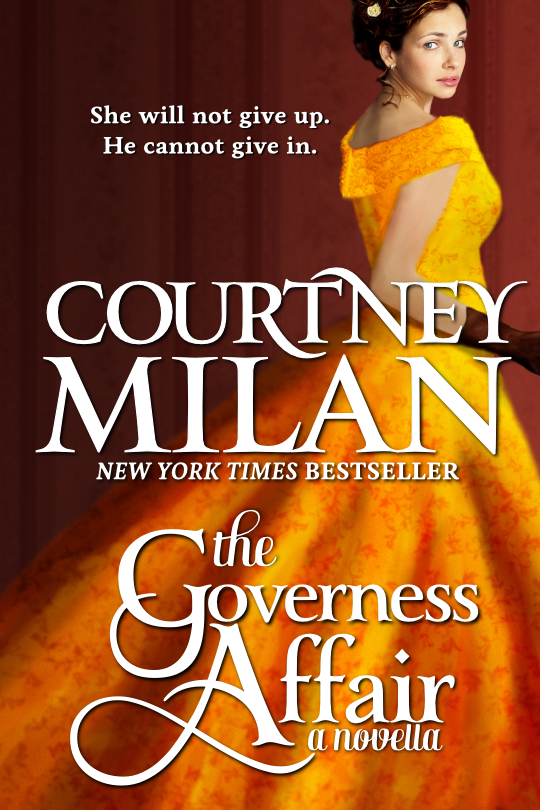 The Governess Affair, by Courtney Milan (2012).

I chose a novella to read on my plane ride over to Book Expo America - mainly because I knew I would want to dive into my swag books as quickly as possible.

The prequel to Courtney Milan's Brothers Sinister series (this story involves the parents of the future protagonists), our hero is Hugo Marshall, a coal miner's son who dragged himself up from nothing and currently works as an unofficial Fixer of Problems for a spoiled and cruel Duke.

His boss is in dire financial straits thanks to being on the outs with his purse-string-wielding duchess, and if Hugo can clean up the Duke's messes enough to merit a reconciliation, he'll win 500 pounds and be able to start his own business empire.

His plans are stymied when Serena Barton, a former governess, sets up camp outside the Duke's townhouse to shame him with a silent protest. Serena was forced to keep silent when the Duke assaulted her and shattered her future, so now she's determined to use that very silence to blacken his name with scandal.

Hugo knows it's up to him to "fix" this very real threat to the Duke's tempestuous marriage and his own dreams of success, but the more he interacts with Serena, the more he comes to love and admire her - and recognize the desperation of her own situation.

This is one of the stories that's a little difficult to review. BEA is so hectic and I was always putting this book down and picking it up again in so many different states of mind that I didn't really have a consistent reaction to it. The writing style is strong and lyrical, which I appreciated, and has an entertaining and complex heroine who, while practical, is not afraid to take a risk when her back is up against the wall. Unfortunately, I found Hugo to be a little two-dimensional. His motivations seemed pretty flat and standard (Make Money and Be a Man) and were pretty quickly changed as soon as he meets Serena.

While this wasn't an unpleasant read, it wasn't a particularly memorable one.
B- 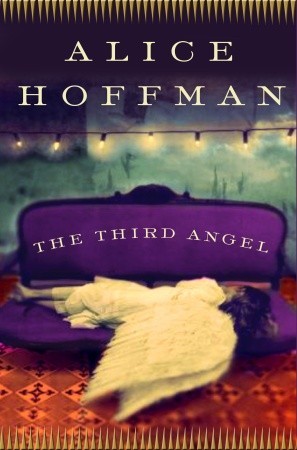 Alice Hoffman's books have been so consistently good to me that they've turned into emotional comfort reads - even if the way their characters' crises sometimes mirror my own makes them rather, uh, painful comfort reads.

The cleverness of The Third Angel's conceit lies in the fact that this novel can be read backwards and forwards, thanks to the interconnectedness of all three stories and heroines. Divided into three parts, the first part takes place in the 1990s and concerns Maddy, an embittered attorney visiting London to celebrate her sister Allie's wedding - while secretly pining for Allie's fiancé, Paul.

The second part of the novel revolves around Frieda, a girl in the 1960s who overcomes the pain of her parents' divorce by declining university to work as a hotel maid in London. There, she falls in love with a drug-addicted musician and discovers her own hidden penchant for song writing.

The third and final part takes us back to the 1950s, where 12-year-old Lucy is forced to accompany her father and new stepmother to London when she would much rather stay back in New York, read her novels, and grieve for her recently deceased mother. In spite of herself, she falls in love with London and winds up an accomplice to a secret affair between her stepmother's wild sister and her forbidden lover.

All three characters are connected - Lucy grows up to be Allie and Maddy's mother, and Frieda is the mother of Paul, Allie's fiancé. As each story brings us further back in time, the revelations in each story inform and give context to the tales that came before, making the novel extremely re-readable. Despite the rather unusual setting, the novel is still chockful of magical realism (symbolic herons and ghosts!), deeply romantic and complex female characters, and fantastic setting detail.
B+
Posted by AnimeJune at Saturday, June 08, 2013

Labels: B Plus Reviews, B Reviews, B- Reviews, contemporary, historical, literature, Paranormal, Romance, YA