I see London, I see France, Day 4: Crossing the Channel

Today, everyone packed their bags, ate their last English breakfast, packed everything onto the bus, and headed to Dover to catch the ferry to France. 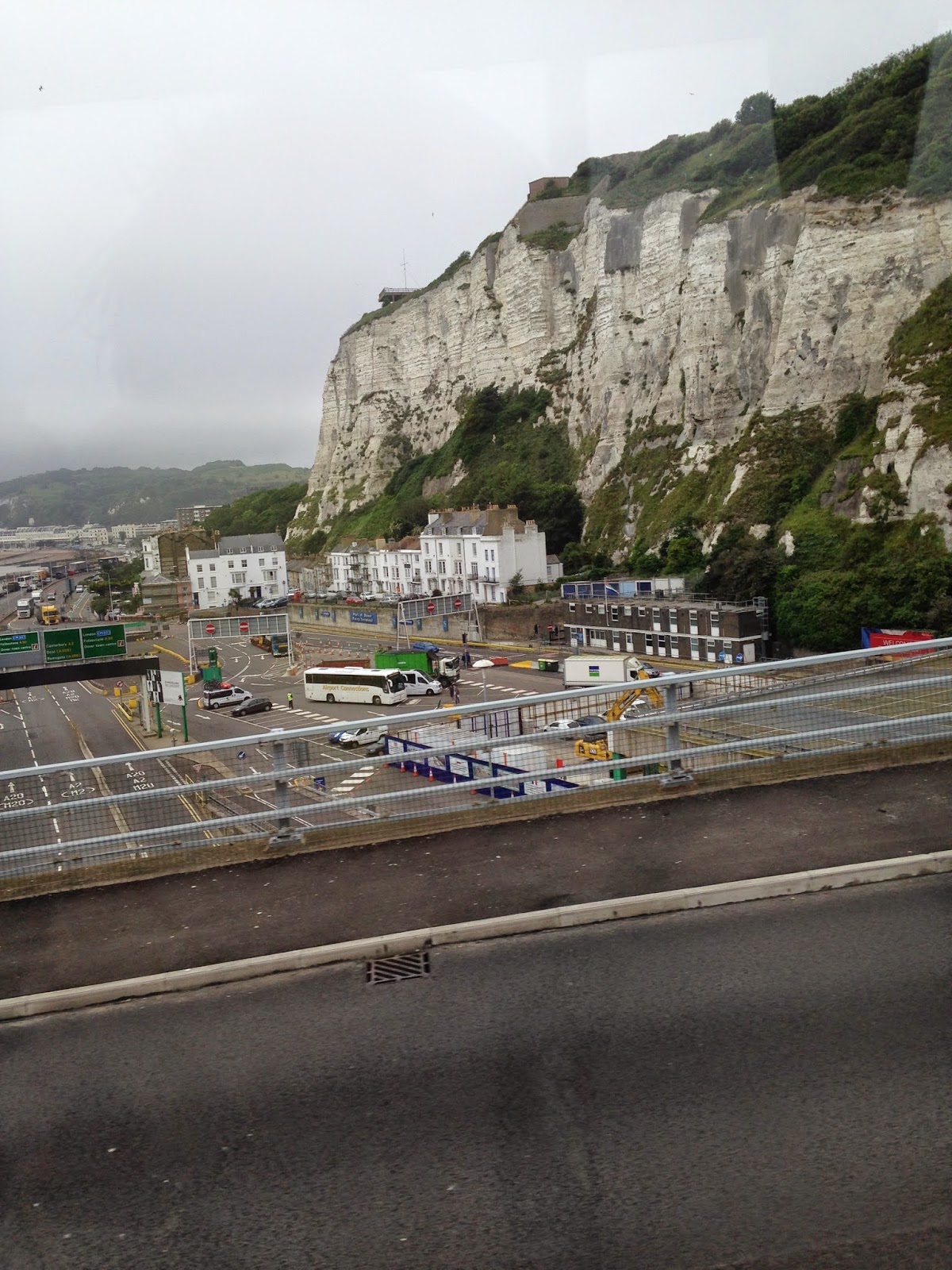 There we ate some lunch, exchanged our pounds for Euros, and settled in on the enormous ferry. I spent most of the ride chatting with Lisa, Melissa, and Megan (a nurse from Florida who was sick with bronchitis) while suppressing my vague seasickness - but one of my tour mates won 70 pounds when he used his last pound coin in one of the casino machines!

As we drove through the French countryside (pockmarked by small villages, each with a sharp church steeple poking up into the sky), Sophie tried to give out the details for the Paris, Amsterdam, and Rome extensions for those on the tour who'd paid to tack extra days onto their trips - but she kept getting interrupted by the Australian. I won't say his name, but I dare say most of my tour mates who are reading this will know who I'm talking about.

He was big, bluff, Australian, and utterly obnoxious. How obnoxious? Even the other Australians disliked him (and a few found his Australian accent "off" or "funny-sounding"). His voice sounded like a foghorn designed by the Devil to punish hungover people, and he insisted on interrupting all of Sophie's announcements to make jokes lame enough to make dad-humour feel relevant. He'd already been to London before - and Amsterdam (he has family there), and couldn't stop himself from shouting his own recommendations and corrections and additions to Sophie's run-down of Amsterdam. Over and over.

Whenever he caught on to his own annoying behaviour, he'd chirp, "Sorry 'bout that. I'm an arsehole!" and treat this admission as a cleansing of the slate so he could start over again in his unbearableness.

Soon enough, we entered Paris, and that's when I felt my first stirrings of anxiety - not very much, but still. Paris is a very different-looking city from London. It's twisting and busy and hot and rife with graffiti. It also didn't help that the Contiki hotel (the Ibis Clichy) was this bland, rectangular structure set in the middle of nowhere. If I had to compare hotels, the London one beat the Paris one by a long shot - better looking, better location, better breakfast - not to mention the Ibis room only had two electrical outlets (thank God I packed a power bar). While the availability at the Imperial allowed me the luxury of a single room, we all got twinshares at the Ibis, and a bunch of the girls played magical chairs with their room keys so I wound up with a different girl - who turned out to be a very nice girl named Sophie (not the tour manager) from Australia who was enjoying a Contiki tour before meeting her friends for a month in Greece.

I also felt a little more anxiety about eating in Paris than I did in England, oddly enough. The "fanciness" of Paris food, as well as my uncertain French communication skills, made me much more nervous about what I was eating. And when we all sat down to eat at the Paris hotel, I wound up learning two of the coolest-seeming girls on tour also had fatal nut allergies and felt no compunctions about eating the bread at all. One of of those girls, Christina, actually experienced one of my absolute worst allergy nightmares - she remembers having an anaphylactic reaction in China after leaving her EpiPen in her hotel room and her tour guide had to rush through Shanghai rush hour to get it in time.

I can't imagine being so blasé about it, but I suddenly felt very ashamed of my food-avoidance issues. Not ashamed enough to actually try any bread or croissants or pastries in Paris, but enough to feel guilty and stupid about it.

Anyway, after an uncomfortable supper, we all got on the bus for the general tour of Paris. 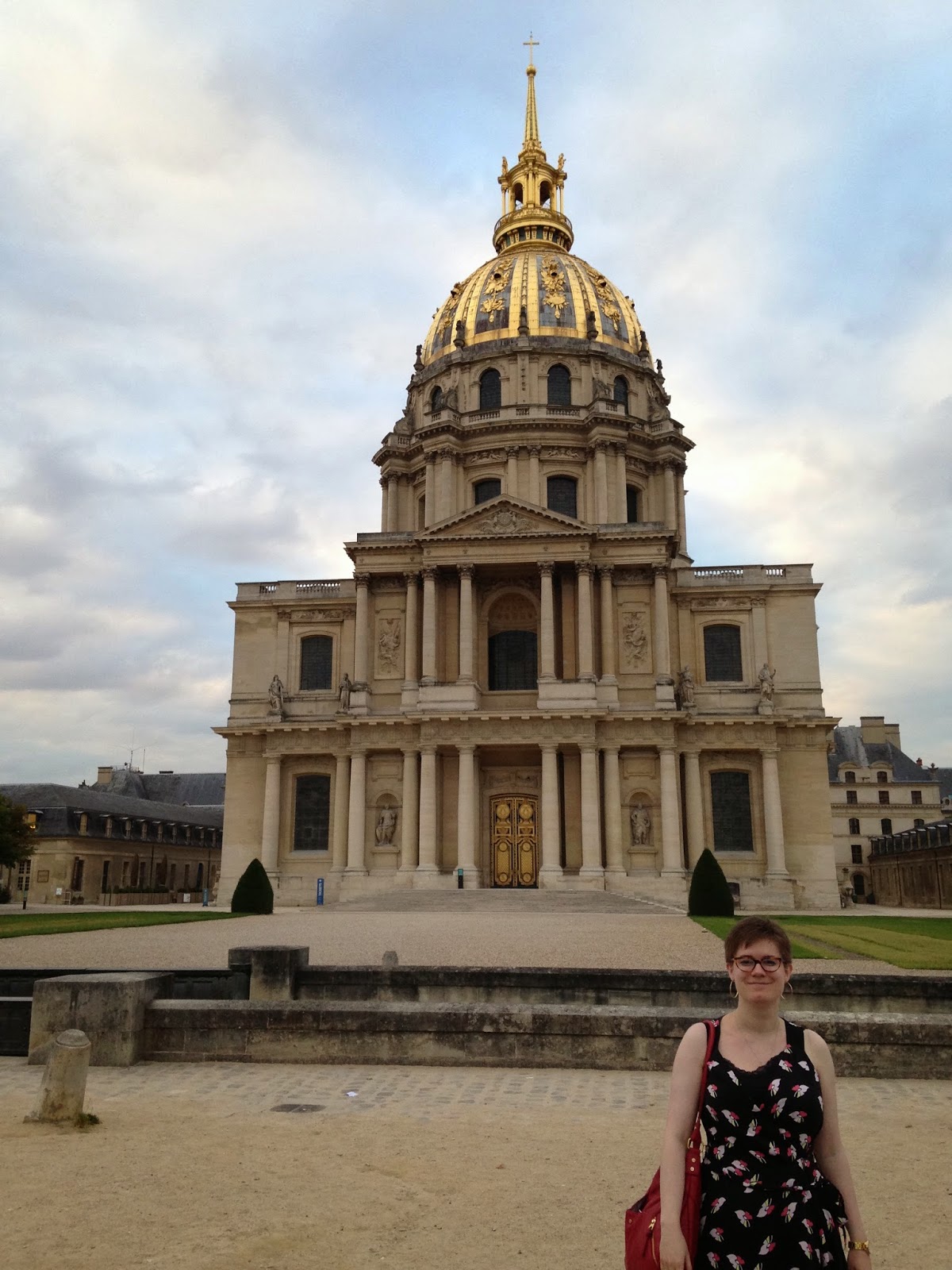 Like Napoleon's tomb! Is was indeed fascinating to discover how planned and symmetrical a lot of classical Paris is.

After the tour, we were all dropped off by the Eiffel Tower. Now - I couldn't really care less about the Eiffel Tower. It's nice to look at, but that's about it. But I was determined to be social in Paris since I was far less interested in the city than my tour mates. I would just go along with what everyone else wanted to do. 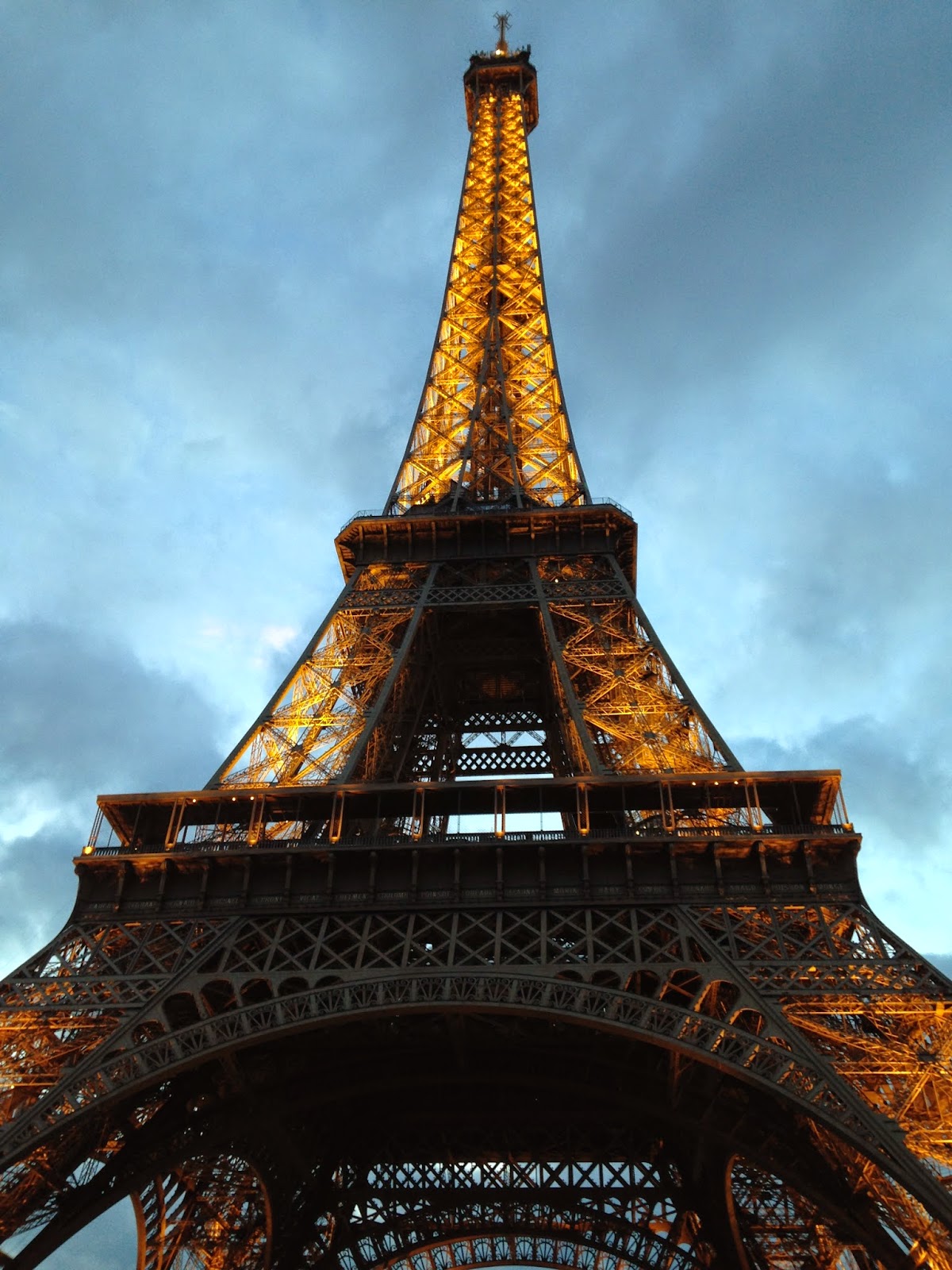 Thankfully, I wound up with a cool group of women who did not want to wait two hours in line to go up the Eiffel Tower (thank God, what a waste of time). They bought ice cream, squee'd a bit about being in Paris in July in front of the Eiffel Tower, and we all sat in the grass looking up at it, waiting for 10:00 pm when the tower lit up and sparkled. Men came up every couple of minutes or so offering wine and cigarettes to sell. Afterwards, we shared a cab ride back to the hotel - but the cabbie dropped us off at the top of the avenue, a completely unrecognizable location, so we experienced a bit of an adventure as three girls trooped through the dark looking for our hotel. But find it we did, and I dropped off to sleep.
Posted by AnimeJune at Monday, August 04, 2014