I bet you can tell how incredibly mature I am.

Two weeks ago, I went on a trip to London and Paris with a Contiki tour. In case you aren't aware, Contiki is a tour service aimed at 18-35 year olds and offers a variety of different tour options all over Europe, North America and Asia.

I've wanted to go to England for most of my self-aware life - my mum, in an attempt to make sure her Canadian children didn't just absorb pervasive American culture as a matter of course, raised us on a steady diet of Canadian and English literature, television, and history. And as for Paris - uh, well, I really enjoyed reading Madeline. So I booked the week-long tour exploring two of the biggest and most important cities in Europe, and hoped the structure of a tour and the presence of like-minded travellers my own age would help stave off the worst of my anxiety. 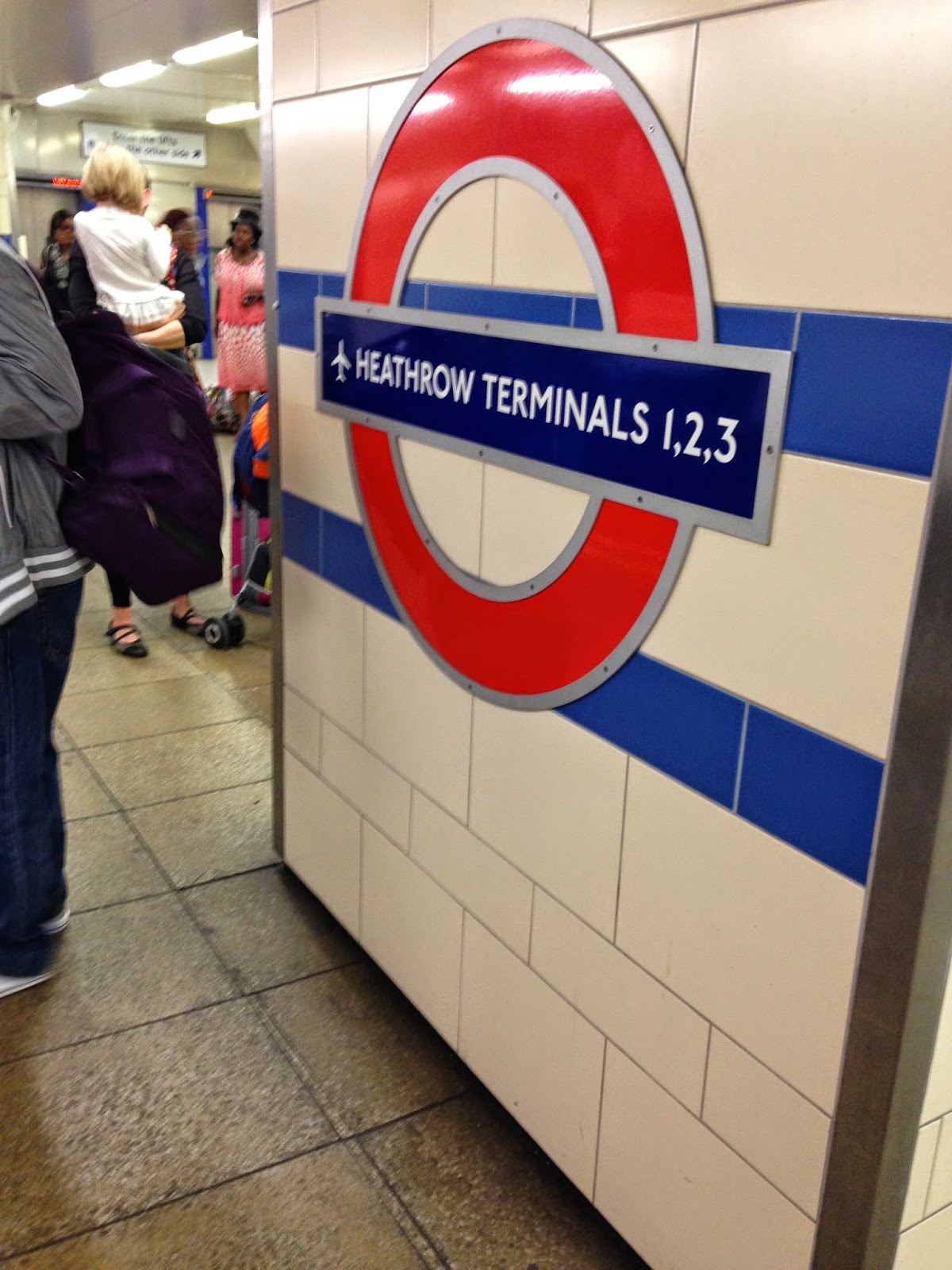 I flew to Heathrow and took my suitcase onto the Underground. No anxiety yet. Looking out the windows, I could see all the little houses and lines of laundry, and to my dazzled eye, it was all charming because they all looked British! At least compared to the blocky, identical beige stucco houses of the Canadian suburbs I'm used to.

The Contiki hotel (the Imperial) was clean, professional, and utterly nondescript, but had excellent WiFi and a very convenient and gorgeous location, close to Bloomsbury Square and the Hotel Russell, an establishment with an intimidatingly beautiful Gothic facade in the front and ordinary red brick in the back. I was surprised (and somewhat relieved) to discover I'd been given a single room instead of a twinshare.

I had a few hours before I was due back at the hotel to meet with my Contiki Tour Manager and my tour mates, so I walked around the area. It was definitely touristy - hotels and black cabs and double-decker busses everywhere, and kiosks selling anything large enough to stamp the Union Jack on. Nary an English accent to be heard. And yet, I was surrounded by marble columns and red doorways and wrought iron, and nearly every building I passed had some sort of plaque or sign indicating it as the birth/living/working/death-place of some famous British person. I went ahead to the Contiki headquarters nearby and bought advance tickets to certain London attractions (the London Eye and the Tower of London). I also caught the tail-end of a very bizarre poetry reading at Bloomsbury Square.

Back at the hotel, I joined up with the tour and our lively Tour Manager, Sophie. Willowy, brisk and wry, she gave us the run-down on the rules of the tour before we went into the hotel dining room for supper. Still no anxiety, and I managed to eat well, although I skipped dessert.

That's where I first met some of the awesome people on the tour - such as Mel, who works in a biscuit factory in Australia. Somehow this work involves arguing with robots, which someone clearly needs to use as the premise for a hilarious animated musical. I also met Lauren from Michigan, two girls from Winnipeg celebrating their high school graduation, and Anthony and Mikey from Toronto, freshly engaged. Anthony had apparently wanted to rent a private pod on the London Eye to propose to Mikey, but demurred upon learning such a service cost 500 pounds.

The tour group was a pretty good size, around 50 people. It was small enough to remember almost everyone's faces if you ever got lost, but big enough to allow you to avoid the annoying people without isolating yourself. Lots of slender, tanned Australians in flip-flops and filmy tops. Two South African girls. Some Americans, some Canadians. 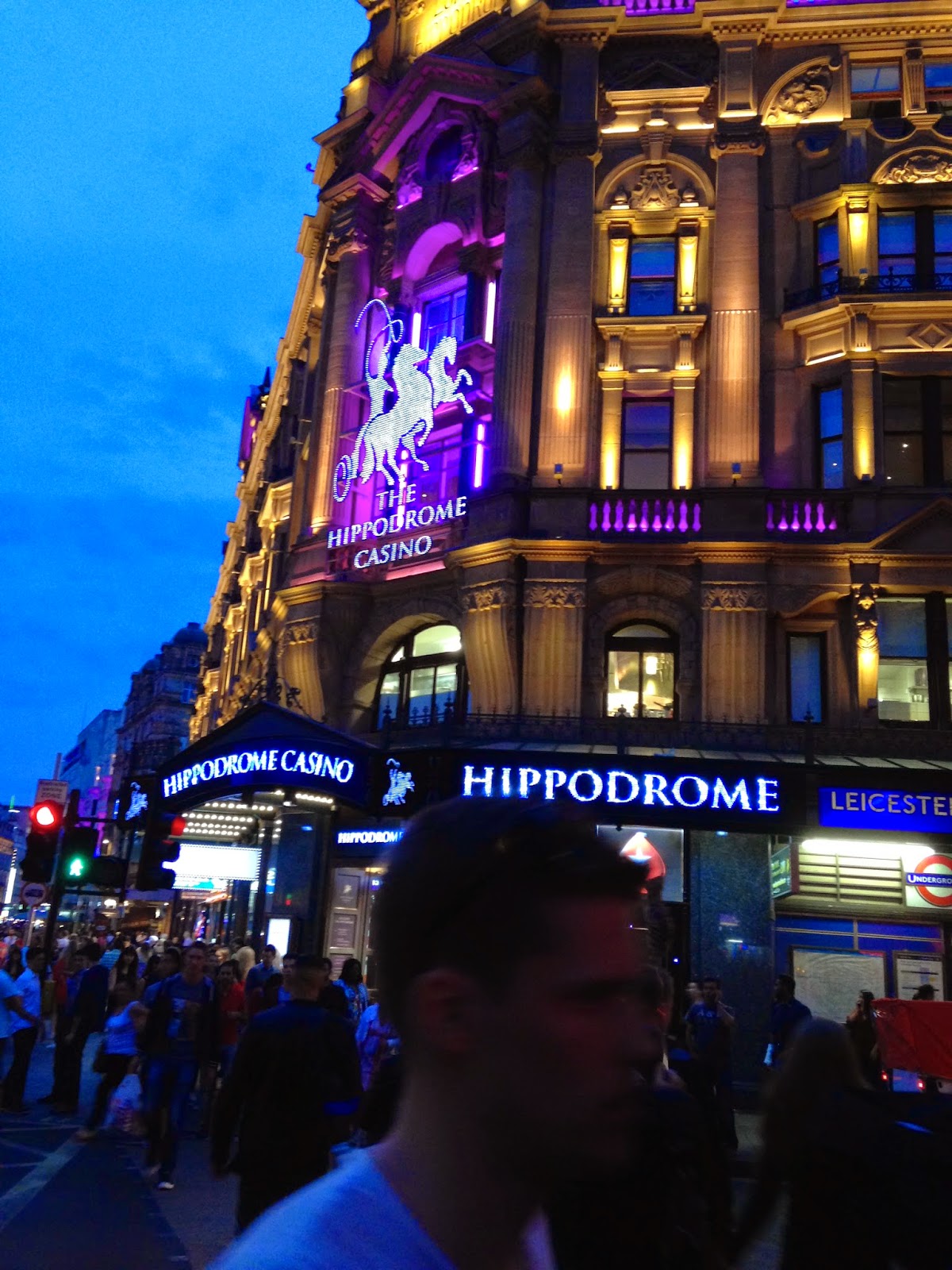 After dinner, Sophie took us on a walking tour of Covent Garden, Leicester Square, and Piccadilly Circus. It being a Friday night in July, the city was packed to the gills. There were lots of neon lights, billboards, and casinos. It reminded me quite a bit of Times Square in New York albeit with more classical architecture. There was even an M+M World there. Seriously - who travels halfway around the world, paying thousands of dollars, to visit one of the most historic cities in Europe to eat M+Ms?

I was particularly excited to see the electric billboard in Piccadilly - one of the most recognizable landmarks from my favourite Christmas movie, Bernard and the Genie!

On the way back, Sophie offered to show us certain bars and clubs. A big aspect of Contiki (at least for the younger people) is drinking and pub crawling. My sister (who's taken quite a few tours and is currently dating a gentlemen she met through Contiki) told me to expect many of my tour mates to sleep off these effects on the tour bus the next morning. I was eager to be social on this tour (or at least eager to try being social, which was why I wasn't travelling alone), but I'd barely slept on my red-eye flight and knew I'd be going to Bath the next day, so I decided to head straight back to the hotel.

I hadn't experienced so much as a tickle of my usual travel anxiety or depression, but I figured the shoe would drop tomorrow when the shock wore off and the jet lag kicked in.
Posted by AnimeJune at Saturday, August 02, 2014