This fourth episode of Downton Abbey opens on a note of special deliciousness - Isobel Crawley arrives late at Downton to discover that everyone, upstairs and down, has rearranged the hospital schedule to include everyone Except For Her. Isobel, who spent all of last episode Drunk With Power, doesn't take it well, to say the least, and confronts Cora to unleash a torrent of Passive Aggressive Classist Whining ("I suppose I can't call you unprofessional since you've never held a profession in your life!").

Isobel, now simply Hungover With Power, stamps her foot and actually threatens to join the Red Cross efforts in France if she isn't "better valued." 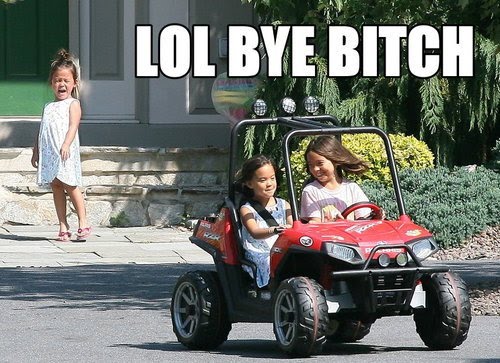 Don't let the hand-crafted 18th-century heirloom doorknobs hit you in the ass on the way out! Isobel huffily leaves for France, hoping French people respond better to Obnoxious Guilt-Tripping.

Isobel's departure is a relief, but unfortunately, we still have Irish Socialist Chauffeur Branson - who has inexplicably retained his position after attempting to throw liquid garbage on a general last episode. Apparently he Super-Dooper-Pinkie-Promised Carson he'd never try any sort of protest again. Sybil, despite spending the entire last episode pleading with Branson Not To Do Anything Stupid for Irish Freedom, is suddenly annoyed that Branson will no longer be performing increasingly horrible and self-righteous stunts. Perhaps she's realized that without his Irish Socialism, he's just a chauffeur with an attitude problem.

Branson, however, swears to Sybil that he won't leave Downton until she agrees to run off with him. Unfortunately, Mary partially overhears part of this conversation and she and Sybil get into a Tiff over it - although Mary ultimately promises not to tell anyone so long as Sybil promises not to do anything stupid. Which isn't really a promise at all, since Sybil promising not to be stupid is like Bad-Ass Mutha Violet promising to mind her own damn business. It ain't happening.

Mary's got other problems, however - as she relates to Grantham, Richard Carlisle proposed and she intends to accept. Yes, he totes tried to blackmail Roses In Her Cheeks Lavinia, but it's a hard world and he's got lots of money so - m'eh. Gratham, along with Literally Everyone Else On the Show, still ships Mary+Matthew and insists that Mary write to Matthew to tell him the "good news."

Matthew gets this "good news" at exactly the wrong time, right when he and William have to go on patrol. They promptly run into some German soldiers and are declared Missing In Action. Nice job, Mary!

Grantham receives a telephone call with the news, but decides not to share it with anyone except for Edith because he doesn't want to panic the household until they have better information, temporarily forgetting what show he's on. Indeed, the entire downstairs knew about Matthew and William's MIA status before the phone even rang. Get with the times, Grantham!

Still, things are looking pretty grim - so why not some better news? Mrs. Hughes catches Ethel and Major Bryant boning in a spare room and fires Ethel on the spot! Hooray!

Meanwhile, Thomas receives a letter telling him that Bates is working at the Red Lion Inn, and makes the mistake of repeating said news to O'Brien out loud and in a public space - it takes all of five seconds for the news to go from Daisy to Mrs. Hughes to Carson to Grantham. Grantham heads out to the Red Lion himself and apologizes to Bates for the harsh way they parted ways, and asks Bates to return to Downton. Bates accepts.

Sybil tells Branson about her conversation with Mary, and Branson proceeds to act like the Completely Selfish Asshole we all know him to be. He tells Sybil that she's in love with him (gee, thanks for clearing that up!), that her family shouldn't be more important to her than he is (because he stands for Irish Socialism, obvs), and takes a big smelly dump on her choice of nursing career ("serving drinks for randy soldiers"). I wish Mary had wound up overhearing this conversation too because I'm sure nothing would have gotten him Actually Fired faster.

Thanks to Grantham forgetting about How His Own House Works, by the time the house throws their concert to entertain the convalescing soldiers, everyone (including Mary and Cora) knows about Matthew and William's disappearance. Mary is barely holding it together and even Major Bryant's magic show can't comfort her. That's understandable - Major Bryant's best trick was getting Ethel to Disappear! (ba-dum-bum!)

Mary gets up to perform anyway, and Matthew shows up in the middle of her number and it is Heartrending and Wonderful and Not At All Surprising except for the fact that Matthew Can Sing.

The only thing that can spoil this moment is the return of Ethel - who's pregnant. OF COURSE.


Things I Didn't:
Other Remarks: This was a bit of a so-so episode. There was a lot of character inconsistency required to move the plot forward - like Sybil suddenly wanting Branson to continue protesting despite her worries of the previous episode, or how O'Brien seems like an improved person when dealing with Lang or Cora until she chastises Thomas for not pursuing revenge against Bates. The best part of the episode is the ousting of Isobel, but that happens at the beginning. The rest just feels like filler.

Rating: Six Ass-Kissing Valets out of Ten
Posted by AnimeJune at Monday, April 22, 2013