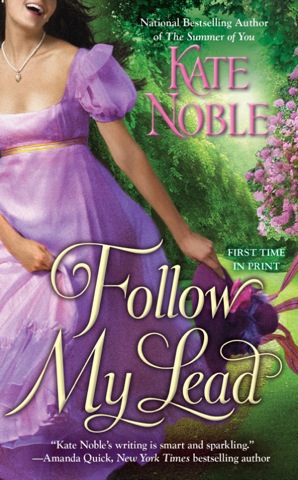 The Chick: Winnifred Crane. A noted scholar, she published many well-received works under a male pseudonym, and hopes that revealing her secret will grant her membership to the Royal Historical Society.
The Rub: No one believes her claims of genius - so naturally going on an ill-planned, hair-brained wild goose chase will convince them!
Dream Casting: Laura Carmichael.

The Dude: Jason Cummings, Duke of Rayne. His life is all perfectly planned as a responsible duke. Now all he needs is a wife.
The Rub: Nothing like having to babysit a Mad Scholarly Heroine to remind one of how important responsibility is!
Dream Casting: Eddie Redmayne.

Jason: Here I am, just minding my own business. I can't wait to live my perfectly ordinary, uninterrupted life!

Winn: HEY Y'ALL, I WANT TO JOIN YOUR BOYS' HISTORY CLUB BECAUSE I'M SO SMART. I'M C.M. MARKS.

The Historical Society: Pics or it didn't happen.

Society: Deal! Jason, make sure she doesn't kill herself.

Jason: Sure, but she seems like a perfectly ordinary person to me -

Jason: By yourself? ARE YOU CRAZY?

Winn: NO, I'M THIRTY, WHICH IMMEDIATELY MAKES ME TOO DECREPIT TO ASSAULT AND RAPE.

Jason: You are a moron - and I am inexplicably turned on by that! Let's go!

Winn: FIRST LET'S DITCH ALL OUR MONEY AND LUGGAGE!

Winn: THEN WE'LL TRY TO STEAL A CARRIAGE RIDE AND YOU'LL GET YOUR ASS KICKED.

Winn: NOW I'M GOING TO SELF-RIGHTEOUSLY SLAP YOU FOR NOT ACKNOWLEDGING MY INNATE ADVENTUROUS WOMANHOOD.

Jason: OMG, woman, will you slow the fuck down--

Winn: THAT WAS AN AWESOME EXPERIENCE IN WHICH I HAD NO EMOTIONAL INVOLVEMENT. THANKS.

Jason: You're kind of a sociopath.

Winn: WHAT WAS THAT?

Jason: Nothing. Oh look, it's your cousin George.

Jason: I'm going to nobly step out of your life now, so you won't lose your independence.

Winn: THANKS! THAT'S SUPER-NICE OF YOU.

Jason: Wait, what? No! That was a bluff! You were supposed to realize you loved me all along!

Jason: So you are a sociopath.

Winn: AND YOU'RE STILL INEXPLICABLY TURNED ON BY THAT.


The Word: Have you ever read one book that is just so glorious and amazing, that you keep reading the author's newer books, even as none of them quite manage to measure up?

Follow My Lead, as it turns out, is this sort of disappointing book. Its hero, Jason Cummings, Duke of Rayne, was a royal Asshat in the previous novel. Fortunately, five years hence, he has matured considerably into a responsible chap who is still somewhat uncertain about his future prospects beyond Being Dukely and Marrying a Sensible Girl.

While on the way to the Royal Historical Society (of which he is a member), Jason literally runs into our heroine, Winnifred Crane, who is also determined to enter the Society's hallowed halls and claim membership, on the basis that she is the author of a series of brilliantly-received historical papers written underneath a male pseudonym.

When her controlling cousin George influences the Society against her, she makes a wager with the Society and her cousin involving her ability to prove the provenance of one of the Society's famous paintings by travelling to Switzerland. Jason is asked by Lord Forrester, the President of the Society, to escort Winnifred to her ship to Calais to ensure that no one tries to sabotage her before she leaves England. The errand goes smoothly - until Jason spots Winnifred abandoning her cousin and her chaperone to board a different boat. He boards the ship to find out what's going on,  is bonked on the head by an overenthusiastic sailor, and wakes up on a ship bound for Germany instead.

As it turns out, Winn's letters of proof are actually in Nuremberg - she just told everyone they were in Switzerland in order to throw off pursuit. Jason is understandably outraged at Winn's deception and utter foolishness - but some part of him still feels an irresistible urge to protect her and see her wager through to the end. And so begins their roadtrip romance.

So, here is my MAIN problem with this story - it's a Baby's Day Out Romance. As explained in my review of Ravishing in Red, a Baby's Day Out Romance is when an infantalized and ignorant heroine is released from her bubble and inflicted upon the Real World, and our hero spends the entire book frantically following her to keep her from killing herself out of sheer stupidity.

Winn is that infantalized and ignorant heroine. Don't believe me? Let me list the ways:

Our entirely unsympathetic, blithering idiot heroine larks about Europe, determined to "have an adventure" after spending thirty years in a library - but her "adventures" involve making Ridiculously Stupid Decisions (like fleeing one city with neither their money nor their luggage) that the hero has to clean up after. She's also disturbingly cold, oblivious, and selfish - she cannot comprehend that her actions have consequences for other people, and fails to comprehend the feelings of others. For example, Jason is kidnapped, assaulted, and robbed because of her deception with the boat, and Winn whines about how he fails to see "her side" of the situation.

I appreciate the attempt to depict an unconventional Regency setting (Germany and Austria), and the plot itself is interesting (if a little top-heavy and complicated) - but when the plot revolves around the heroine being a Complete Moron that the Wise, Exasperated Hero has to babysit, I lose all interest.
C
Posted by AnimeJune at Sunday, March 17, 2013