Since I already told you how many books I read in 2013, now you'll want to know how many of those books kicked almighty ass - and which ones stunk to high heaven. Yesterday was all about how I did this year as a Reader. Today is all about how I did as a Reviewer. Specifically, which books blew my socks off. For my next post, I'll talk about the books that just, well, blew. 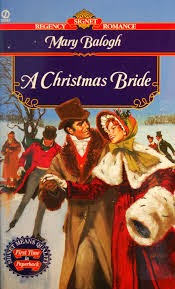 A Christmas Bride, by Mary Balogh, from Christmas Bride/Beau. Romance, Historical. A+
Best Redemption of a Villainess
Yup, Balogh's A Christmas Bride makes a heroine of Helena, Lady Stapleton, the slutty stepmum who scared the pants off the hero of A Precious Jewel in every way but the literal one. Her unsuccessful attempts to bone her husband's emotionally-vulnerable son left her with enough baggage for a thirteen year guilt trip. Which makes her so fascinating! Balogh doesn't sugarcoat Helena's sins, nor is Helena some simpering martyr. She's still not a very nice person - but she's definitely an interesting one, and her redemptive holiday romance is a darkly spiced treat. 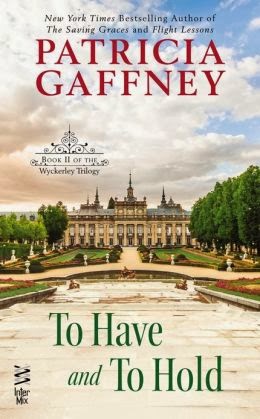 To Have and To Hold, by Patricia Gaffney. Romance, Historical. A+
Best Book That Makes Me Wonder If I'm a Bad Feminist for Loving It
This novel is so good, and crammed so full of problematic elements that in normal circumstances I would despise. WTF, Gaffney? The hero rescues our abused heroine from an unfair prison sentence in order to exploit her for sex. And yet I couldn't stop reading it - and not in the "I must see how much stupider this gets" way. The author makes much of what a bad, bad boy the hero is - the better to torment him once he gets his Good Guy epiphany and realizes the woman he coerced and raped is the One for Him.

It sounds like the plot of Whitney My Love. AND YET IT'S NOT. Thanks to a bizarre, potent alchemy of breathtakingly lyrical writing, a well-realized heroine, and an intriguingly self-aware hero, this hot mess of an idea somehow works. Really, really well. 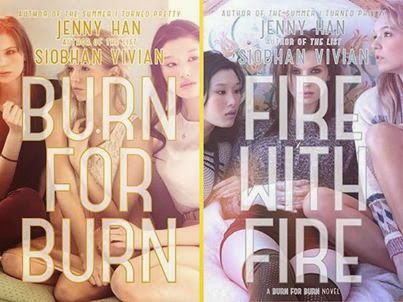 Burn for Burn and Fire With Fire, by Siobhan Vivian and Jenny Han. A+
Best One-Two Punch of Awesome Crazysauce Girl Power
The three heroines of the first two novels in the compulsively-readable Burn for Burn trilogy are the definition of crazy-good. Sure, they might spike your drink with liquid E, or publish your Secret Emo Poetry all over school, or blow out all the lightbulbs in the gym with their latent psychic powers, but they're so sympathetic and well-realized and thought-provoking! These girls come with layers, and real problems - and so do the characters they target for vengeance. The final book, Ashes to Ashes, is due to arrive NotSoonEnough-uary 2014. 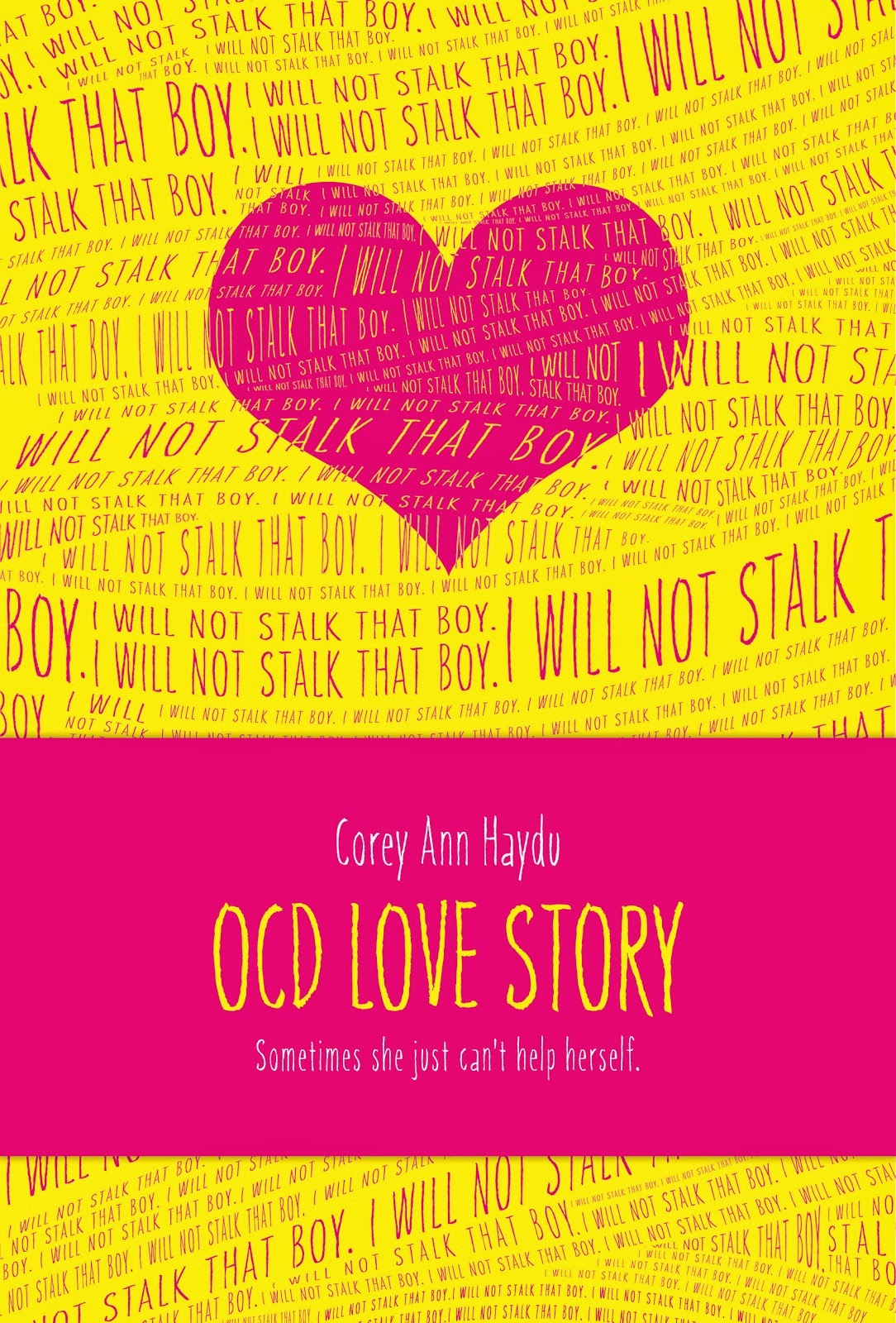 OCD Love Story, by Corey Ann Haydu. YA, Contemporary. A+
Best Novel That Makes Me Itch Just Thinking About It
Also known as the book I'm too scared to read again. Corey Ann Haydu takes us deep into the mind of a teenager struggling with severe Obsessive Compulsive Disorder - maybe a little too deep. It's not all about saying the same catch phrase five times or washing your hands. Sometimes it's just thinking about scary things - thinking and thinking and not being able to stop until you do something - even if that something is silly and irrational. This book will make you rethink saying, "I'm a little OCD" to explain your meticulously-organized Blu-Ray shelf. 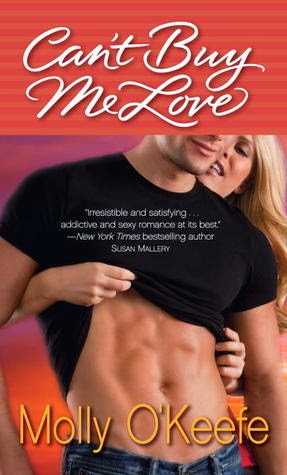 Can't Buy Me Love, by Molly O'Keefe. Romance, Contemporary. A+
Best Use of a Supermodel Mum
There's nothing particularly special about the story - other than the fact that the hero, Luc, has an awesomely fierce French-Canadian supermodel mum. We have a pretty standard Angsty Aging Athlete hero paired with White Trash Con Artist Made Good Heroine. No, what lifts this novel above the other romances I read this year is the flawless execution, the refusal to rely on hoary and often sexist stereotypes (see: Supermodel Mum, and how she is not a frigid, superficial bitch), and utterly amazing writing. You can't buy me love, but you can buy this book, and you'll love it, so … um, I'm not that good at metaphors. Just read it. 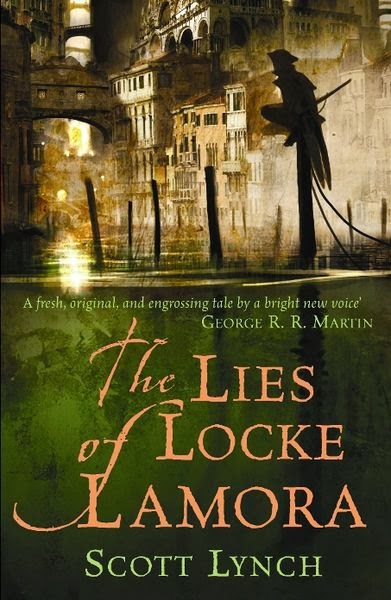 The Lies of Locke Lamora, by Scott Lynch. High Fantasy. A+
Best Doorstopper Fantasy That Isn't About How an Oblivious Empowered Orphan Finds the Magical Thingee Of Indescribable Power before The Obvious Bad Guy Does
Nope, this doorstopper fantasy is all about a gang of brilliant con artists and what happens when their meticulously planned con goes horribly wrong - in an intricate and original fantasy setting. It's got disguises! It's got trickery! It's got murder and betrayal and swords named after ladies! It hits all my High Fantasy buttons (complicated politics, in-depth magical worldbuilding, high stakes adventure)  without rehashing old High Fantasy formula. 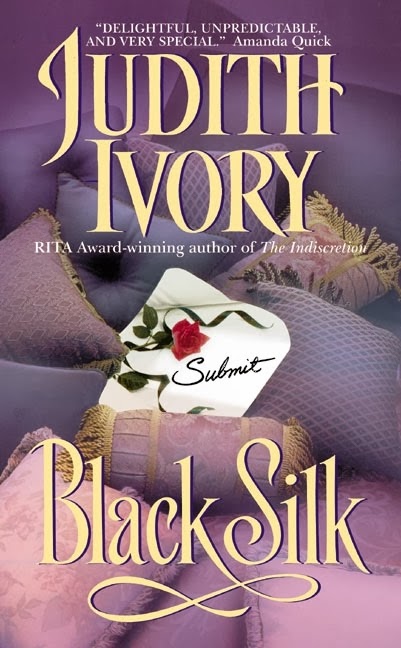 Black Silk, by Judith Ivory. Romance, Historical. A+
Best Use of Illicit Hand-Drawn Pornography as a Meet-Cute
Judith Ivory wins me over yet again with this beautifully written, unconventional romance that explores the concept of perception and point of view. When our heroine's husband dies, she tracks down his former ward to uncover the provenance of the box of unsavoury art her husband bequeathed to her. The hero and heroine discover they have vastly different perceptions of the heroine's husband and his immediate family. And what do their respective perceptions say about themselves? Slow-moving and thoughtful. 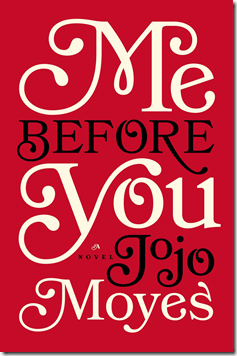 Me Before You, by Jojo Moyes. Fiction, Contemporary. A+
Best Wedding-Ruining Wheelchair Slowdance Scene
The author lures you in with an extremely formulaic opening set-up - a kooky but cute screwup is inexplicably hired to care for a curmudgeonly quadriplegic who's given up on life (even though he's still handsome and rich!). And then it whacks you over the head with the Reality Club and throws you down a well of Feels. Moyes demonstrates that romantic, heartfelt stories don't have to have the rough edges sanded off. 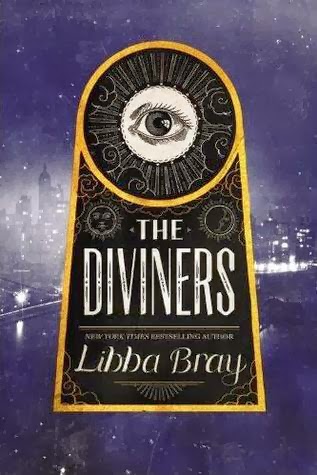 The Diviners, by Libba Bray. Fantasy, Historical, YA. A+
Best Excuse to Remind People about Cloche Hats and Egg Creams
This book is just the cat's pyjamas! The duck's quack! The ocelot's clocked stockings! Despite being roughly the size of a cinderblock, this historical paranormal YA novel zips along at a frantic clip thanks to its zany, slang-spouting heroine (who is capable of accessing memories from inanimate objects), an enormous cast of interesting characters with paranormal powers, and a 1920s setting so well-realized you can hear the jazz piano and smell the cigarette smoke. 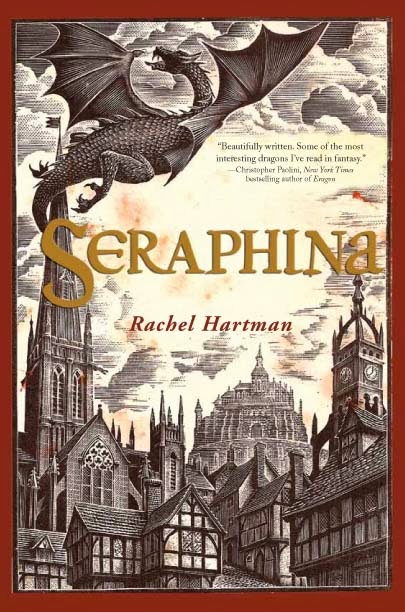 Seraphina, by Rachel Hartman. Fantasy, Historical, YA. A+
Best Joint Review With Magic-Fantastic Reviewer Fox Meadows
You've got dragons. You've got people. You've got half-dragons who are also people, although they have to hide the half-dragon part. You've got prejudice. You've got murrrrrrder. You've got retired knights. You've got a handsome prince who's also a detective! You've got interracial politics, and music, and magical powers galore. A novel that plays into what's awesome about YA fantasy without falling prey to the awful stereotypes of YA fantasy (no instalove!).

Labels: A Plus Reviews, Year End Round Up