"The Red Garden," by Alice Hoffman 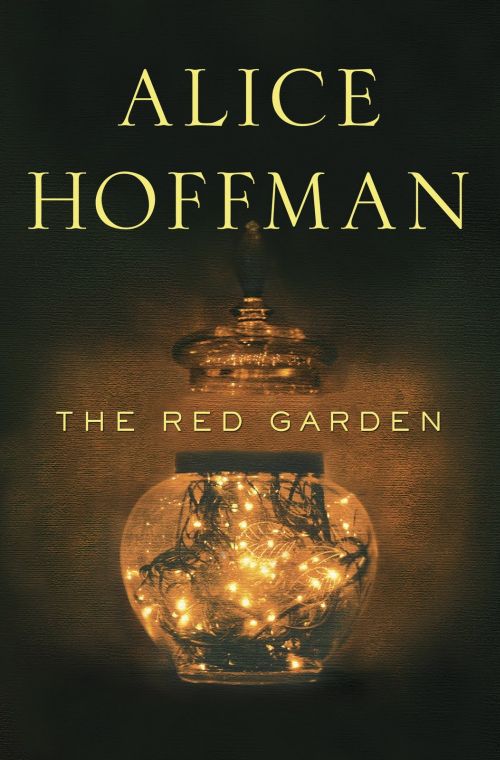 The Word: I'm always a fan of Alice Hoffman, so you should know right now that I leap into every Hoffman novel with an enormous bias towards her.

On that note - of course I really enjoyed her latest story collection, The Red Garden. Like her previous book Blackberry House, The Red Garden is a collection of dreamy, otherworldly and romantic stories arranged in a chronological timeline and all centred around the same location - the small town of Blackwell, Massachusetts. The stories range from the town's founding in the 1700s by Hallie Brady ("The Bear's House") and proceed up until the present day ("The King of Bees").

"The Bear's House" opens the collection in spectacular fashion with the story of Hallie Brady, a woman determined to make her own way in the world. When her con artist husband and a few desperate families follow him into the woods of Massachusetts only to be stranded during a fierce winter, Hallie helps them to survive and build shelter using only her wits, her refusal to die - and the surprising assistance of a black bear. When the bear finally meets its fate, it's buried with reverence in the Bradys' garden, and in each of the following stories, characters remark on the particular redness of the soil and the plants that grow in it.

"Eight Nights of Love" takes place a generation later, as a suicidal widow recovers her love of nature when John Chapman (yes, Johnny Appleseed) wanders through town and helps plant the apple tree that will later come to be known as the Tree of Life.

That tree comes in handy in "The Year There Was No Summer," as it's the only tree that continues to blossom when snow and frost continue to grip the town in the June of 1816. When a local child goes missing, her sister solicits the help of some nomadic horse traders to help find her, and uncovers desires and dreams she never knew she had.

"Owl and Mouse" is a rather brief tale about a girl running away from the life that's expected of her, who meets a world traveller in Blackwell who is slowly going blind due to an illness contracted in the Amazon. Despite his encroaching disability, he plans to return to South America, and our heroine goes to some interesting lengths to try and convince him to stay put.

"The River At Home" takes place after the Civil War, when a young war amputee and a suicidal widow (I'm sensing a trend here) form a bond when they both spot the town's infamous child-ghost at the Eel River.

"The Truth About My Mother" jumps ahead to the 20th century. A young mother takes her daughter and flees from New York after poisoning her abusive husband. In order to find work in Blackwell, she has to leave her daughter in another town and pose as a single schoolteacher. However, her clever daughter finds a way to reunite with her mother and heal their family with the help of a lovelorn farmer.

"The Principles of Devotion" focuses on the much-younger sister of the previous story's protagonist. When her older sister dies, her pet pug is so overcome with grief that it refuses to leave her gravesite and the heroine deals with her own grief and impossible dreams by caring for it.

"The Fisherman's Wife" is easily the most fantastical story of the bunch. A young reporter arrives in Blackwell during the Depression to research the local folklore, and is attracted to the rumours surrounding the mysterious, strange and beautiful new wife of the local curmudgeon. In order to rescue her, he must first believe her story, and as a result his worldview is forever changed.

"Kiss and Tell" deals with a young woman struggling with her sexuality in 1945, when the town's annual Founders Festival hires some casual actors to help with their festivities with so many of the town's men and boys fighting overseas. Through the use of some of Hoffman's trademark magical coincidence, she discovers that sometimes things work out for the best when one least expects it.

"The Monster of Blackwell" tells an interesting update of the Beauty and the Beast tale - as a deformed teenager hides out in the woods of Blackwell and befriends the town beauty. Rumours surface of a terrible beast living in the woods - but little do the townsfolk know that real monsters can hide their ugliness far more effectively.

After that, comes my personal favourite story in the collection, "Sin," as a bullied local Blackwell girl befriends an unconventional, beautiful newcomer and her single mother during the summer of 1961. Thanks to a vividly flawed protagonist and a surprising twist at the end, this examination of female friendship and the many ways in which it can go awry stands out from the whole collection.

"Black Rabbit," however, was a little confusing and meandering. Two brothers grow up as two peas in a pod - one the troublemaker, the other the loyal brother who cleans up his messes. When the troublemaker decides to skip town in order to dodge the draft, the loyal brother drives off in a rage and winds up in an accident - and as a result loses all memory of his brother or their lives together.

"The Red Garden," the penultimate story in the collection, concerns a young woman who left Blackwell to pursue her education who is forced to return when her mother becomes ill. She never really connected with the townsfolk during her childhood, but when she finds a mysterious bone in the family garden that has only ever produced red plants, she learns the value of her roots in the community.

The story collection ends with "The King of Bees," in which a boy encounters and escapes death so many times that he gives up on the idea of a future, even as his father grows ever more strict in an effort to protect his future. The resulting feud fractures their relationship, until the boy, as an adult, returns to his father's deathbed and discovers that death means different things to different people.

The use of a singular setting, with each story following in chronological order, is a marvellous and highly effective narrative device in The Red Garden. Most of the protagonists are descended from or otherwise related to the previous protagonists, and the events of one story can ripple through history to impact later tales. For example, the little girl who drowns in "The Year There Was No Summer" morphs over time into the local legend of the Apparition, a child-ghost who appears to later characters and serves as a coveted role in the annual Founders Day play. Or how the place Hallie Brady named Dead Husband's Meadow becomes Husband's Meadow a few generations later - and Band's Meadow a few decades after that.

The most important unifying aspect, however, is the red garden itself, and how even green beens will turn rusty when planted in its soil. Most of the stories feature characters who, for vastly different reasons, dedicate time towards growing and weeding and observing it. I loved how the garden and the town of Blackwell itself functioned as an axis around which all the different stories revolved.

However, I have to say I do prefer Alice Hoffman's longer works. Her stories are beautiful, whimsical snippets, but because of the brevity of the medium, the characterization can seem a bit sudden (and that's a generous adjective, at least in regards to the weaker stories in this collection). Characters and events turn on a dime - and while this sort of thing happens quite a bit in Hoffman's novels as well, there she has enough time to develop the characters and the setting and the themes so that these narrative About-Faces feel like genuine Hasty Decisions Based on Pre-Established Character Traits and less like This Is Literally What They Need To Do For the Plot Of This Story To Work.

That being said, The Red Garden is an entertaining and gorgeously-written short story collection.
B+
Posted by AnimeJune at Monday, February 25, 2013