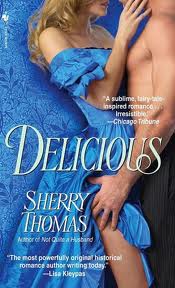 The Chick: "Verity Durant," a.k.a. Lady Vera Drake. A talented chef and former mistress of Mr. Bertie Somerset, until he dies unexpectedly.
The Rub: With Bertie's passing, his half-brother Stuart will inherit his holdings - will Verity be able to maintain her employment without Stuart recognizing her as his one-time paramour?
Dream Casting: Kate Winslet.

The Dude: Stuart Somerset. A high-profile barrister with the Liberal Party, he has a duty to uphold a moral standard while pushing forward the Irish Home Rule Bill.
The Rub: His uncontrollable reaction to his chef's food and her presence threatens everything he's ever striven for - but could giving in and possessing her be worth it, after all?
Dream Casting: Hugh Jackman.

Verity: Oh no! My employer's dead!

Stuart: Looks like I've inherited all my brother's stuff!

Verity: Might as well not dump my employer while he's on an empty stomach!

Stuart: Even though I've very conveniently never seen your face, I'm in love with you!

Lizzy: Why should he be? I'm off to marry/shag his hot secretary!

Verity: I thought he was gay.

Lizzy: SO DID I ISN'T THAT HILARIOUS?

Stuart: *recognizes Verity* OMG HOW DARE YOU. GET OUT!

Verity: Really? It took you that long?

Stuart: ... now that I think about it, yeah. Not that mad anymore! Be my mistress!

Ornery Relative: How'd you like some Convenient Backstory first?

Stuart: Even better! Be my wife!

Romance Convention Checklist
The Word: While perusing my shelves for something to read, I realized it had been more than a year since I last read one of Sherry Thomas' novels, and I realized I had to do something about it.

While I enjoyed the last novel of hers I read (His At Night), particularly the storyline, for some reason I just couldn't click with her characters, primarily because the hero spent the majority of the novel pretending to be two apples short of a fruit salad.

This time around, my experience was the opposite - I loved both characters - hell, all four characters - and the delicious writing so much that I could easily ignore some of the story's repetitive quibbles.

The heroine, Verity Durant, is a notorious chef with a past as spicy and varied as a good paella. When her employer (and former lover) Bertie Somerset dies unexpectedly of a heart attack, she realizes she will have to vacate her position now that Bertie's half-brother Stuart will inherit his holdings and estate. Verity and Stuart share A History but she decides that she owes it to him to cook him a few truly mouthwatering and life-changing meals before she looks for other employment.

Stuart is an upstanding barrister and Chief Whip for the Liberal Party. He's devoted to his calling, but he also knows that society is always waiting to hold his illegitimate birth against him (even though he was later legitimized by his father), so he strives to be rigidly practical, proper, and moral in all things, including his engagement to the well-heeled Elizabeth Bessler. One sip from Madame Durant's soup suddenly floods him with a passion, a hunger, a sensuous craving that terrifies him so much he can barely tolerate a few bites before he sends the meal back. The fact that Madame Durant is infamous for being his hated half-brother's mistress is an even bigger reason to sack her.

But he doesn't. He hasn't felt such longing in ten years, ever since he spent one life-altering night with a nameless Cinderella who ran out on his impulsive but truly-meant offer of marriage. And Verity doesn't quit - even though she was that Cinderella and she knows that nothing can ever come of it. Her own relationship with Bertie dissolved when it became clear he considered her too far beneath him to marry.

Meanwhile, Stuart's fiancee Lizzy Bessler, who sees marriage to Stuart as the way out of all her past vanities and mistakes, must fight her growing attraction to his secretary, disinherited aristocrat William Marsden.

First of all, this is a terrible book to read on a diet. The descriptions of the food are simply gut-clenching. This is an incredibly sensuous book and Sherry Thomas's magnificent gift with words is put to very good use here. She's so talented at describing sensations (both mental and physical), that it's impossible not to be swept up in the drama.

And there is a lot of drama. Very unconventional, complicated, multifaceted drama - it's a pure pleasure to read and uncover it all. It's become quite a bore to read an historical romance with an angsty hero only to learn his only major problem was one woman who did him wrong by running off with someone else. That's it? You won't find that in Delicious. It's very condensed that way - there is a lot to experience and take in, and it's wonderful, even if there are a few gaps (to this day I still can't understand how the situation where William mistakes Lizzy for a lesbian came about).

Was this story absolutely perfect, however? No - again, there are some quibbles. My main annoyance with this novel is how long it's forced to hide Verity's face from Stuart as they develop their romance. I realize it's integral to the plot that Stuart not recognize Verity as his One Night Stand until the end, but that didn't make the scenes where they're face to face less contrived or annoying.

Either Verity will insist Stuart turn off the lights (which he obeys, for no reason), or he comes across her by accident while she conveniently has a handkerchief over her face, or they meet in a fog, or he buys her a mask even though he has no possible reason I can think of for doing so. I couldn't really understand why Stuart feels no qualms about being in love with a woman whom he's never seen above the neck. 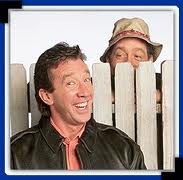 "I'm not wearing anything underneath this hat!"

My other quibble involves a sudden and all-encompassing revelation at the end by an Ornery Relation that made very little sense to me and tied up everything with all-too-neat bow.

But this is the kind of novel where the gorgeous writing and the lovelorn characters and the entertaining secondary romance clearly make up for it. This became an immediate favourite of mine and I highly recommend it.
A+

You can purchase Delicious here.