Sorry for forgetting to do a Wanting post last week, I was still recovering from my Book Expo America adventure. While I do want all of these books, I have to admit - now that I'm currently swimming (drowning?) in ARCs from the Expo, it will be a while before I walk into a bookstore or a library.

As it is, today is a very special day - because as of today, my precious little blog is eight years old! I started it upon graduating from high school, and who knew it would last this long? I'll be posting some retrospectives throughout the week, with some of the funniest (or most embarrassing) things I posted in the eight years I've been blogging. Yes, I've been blogging for eight years, but I've only been book blogging for about five. Three of those years were spent whining. But there are a few gems! So stay tuned for that. 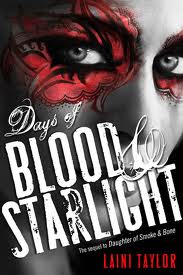 Days of Blood and Starlight, by Laini Taylor

Genre: YA, Fantasy.
Cover Snark: Maybe she's born with it ... maybe she's Maybelline! ...or a resurrected Chimera warrior. Whichever.
The Story: The continuing adventures of Karou, a gifted teenager involved in a centuries-old war between angels and chimera.
Why Do I Want It? Have you read my review of the prequel, Daughter of Smoke and Bone? It cannot come out soon enough! 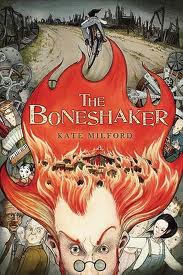 The Boneshaker, by Kate Milford

Genre: YA, Steampunk (ish), Historical(ish)
Cover Snark: This dude looks like an Irish Super-Saiyan.
The Story: A 13-year-old girl with an interest in automatons in 1914 Missouri suspects a travelling medicine show of nefarious deeds.
Why Do I Want It? The Book Smugglers gave it a positive recommendation, and I love me some period pieces. 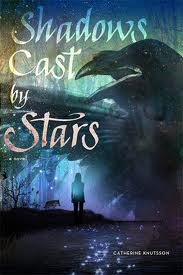 Genre: Fantasy, Futuristic.
Cover Snark: Painting with all the dark, pretty, colours of the wind.
The Story: In a plague-ridden future, people of aboriginal descent are hunted for their valuable antibodies, so our heroine is forced to flee to a protected island where the native spirits are allowed to roam free.
Why Do I Want It? Again, another book I heard of from The Book Smugglers. On top of it having a bee-yoo-tee-full cover, the story is intriguing, and sounds like a great mixture of fantasy and science fiction. 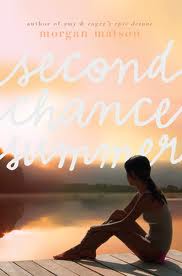 Genre: YA, Contemporary
Cover Snark: Man, I would kill to be at that lake right now.
The Story: When her father is diagnosed with terminal cancer, our heroine goes with him and the rest of her family to share his final days at their lakeside cottage - where she must also face her past with two of the residents.
Why Do I Want It? The story sounds tragic but also dramatic and interesting, and I've read a lot of excellent reviews of this book. 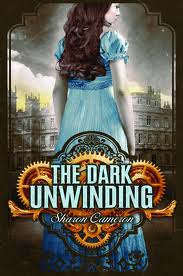 The Dark Unwinding, by Sharon Cameron

Genre: YA, Steampunk
Cover Snark: Um, pretty dress?
The Story: A girl in Victorian London goes to investigate her uncle for squandering her inheritance, only to discover he's an eccentric but brilliant inventor.
Why Do I Want It? Man, The Booksmugglers are all over my book recs these days. I'm not usually too interested in steampunk, to be honest, but this one (of a mad inventor who's the leader of a secret community of inventors) sounded different. In the good way. 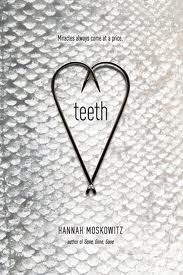 Genre: YA, Fantasy.
Cover Snark: Something smells fishy...
The Story: Two boys in love. One of them is part fish. And may eat people. Sold!
Why Do I Want It? I met Hannah Moskowitz at the Teen Author Carnival in New York last week and she is AMAZEBALLS. She is equally amazeballs on Twitter. But it doesn't come out until 2013! *sad face*
Posted by AnimeJune at Sunday, June 17, 2012