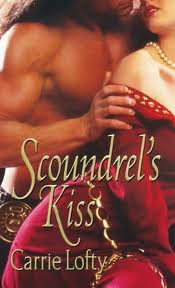 The Chick: Ada of Keyworth. After enduring terrible torture in England, opium was the only thing that soothed her nightmares to carry her through the night. Now, it's the only thing that'll get her through the day, too.
The Rub: When a patronizing, hypocritical but devastatingly sexy monk tries to help her with her addiction, can she overcome being wholly vulnerable with a man she barely knows?
Dream Casting: Felicia Day.

The Dude: Gavriel de Marqueda. A novice in the Order of Santiago, he is charged with helping a drug-addled, obviously fallen woman achieve salvation as his final task before taking holy orders.
The Rub: He needs to get into the Order, because he believes it's the only way to hide from his brutal past - but Ada is not going to make it easy on him, or his vows of chastity and pacifism.
Dream Casting: Tom Welling.

Gavriel: I really really want to get into the Order of Santiago so I'll stop wanting to kill people!

Gavriel: Don't you WANT to be cured of your addiction?

Ada: Not if it means being held hostage by condescending men of God! I won't take that lying down! However, if you're interested in what I WOULD take lying down...

Gavriel: Crap! I need to defend you but I took a vow of pacifism!

Gavriel: GOOD ENOUGH FOR ME! *takes weapon, kills a bunch of people* Crap, now I have killer's remorse.

Gavriel: DO YOU WANT TO GET IT ON OR NOT?

Evil Monk Master and His Henchman: Time for more evil!

1 Almost-Romantic Scene in a Flaming Bathhouse

The Word: I honestly can't believe it.

Three books in a row.

Maybe DNFing that first one was like a gateway drug. Maybe making it easier on myself to put a book down when it's not entertaining has made me less tolerant of books that drag.

At least this book started interestingly enough - our heroine is Ada, the bitchtacular sister of Meg from Carrie Lofty's debut novel, What A Scoundrel Wants. The hero of the previous book (Will Scarlet) was responsible for Ada landing in a dungeon for fabricating false jewels, where she was later tortured by the villainous Sheriff. When Meg refused to renounce her relationship with Will, Ada cut Meg off and skedaddled to the Continent to make her own way.

Unfortunately, her own way led her down the treacherous path of opium addiction, and she winds up at a slave auction in a brothel in Spain to cover her debts. There, she is rescued by Gavriel, a novice who seeks to take holy orders with the Order of Santiago. His master, Pancheco, informs him that his final trial - the task that will determine his acceptance into the Order - is to bring Ada back to the path of righteousness.

Gavriel's life depends on that righteousness, for he's on the run from a dark, murderous past of his own and he believes acceptance into the Order will shield him from the enemies he made in his old life as a soldier as well as repress his own violent, vengeful urges. However, Ada refuses to be under any man's power ever again, and when Gavriel defends her against an oblivious and insensitive physician, they wind up kicked out of their shelter and they have to fend for themselves. This includes fighting off suspicious amounts of well-armed bandits and guards, leading them to discover they're both embroiled in a dangerous conspiracy of courtiers and kings.

It all sounds lovely and interesting on paper, but the pacing takes a nosedive after Ada and Gavriel are kicked out of the shelter. The fight scenes are overly wordy and lifeless, the protagonists' banter is flat and inconsistent, and the ultimate conspiracy is a McGuffin that doesn't require any emotional investment.

I found I couldn't connect to either character, and one of the reasons was the conflicting themes. Gavriel serves under three vows in the hopes of being accepted into the Order: obedience, chastity, and pacifism. Three vows that, quite honestly, aren't anything new or outrageous within holy orders, but for some reason Ada views them as especially egregious and horrid and spends most of the book tempting Gavriel to break them.

I wasn't bothered by Ada's opposition to the vow of chastity - Gavriel's a hot piece of half-Berber ass and taking a vow of chastity in a romance novel is like painting a bull's-eye on your junk with glow-in-the-dark paint. However, Ada continually links Gavriel's identity to one of violence - she's always saying that he isn't a monk. She sees him as a warrior, and believes his vows repress his true nature. Given how much her fear of violent men caused her to retreat from life and become addicted to opium, I couldn't understand her opposition to the hero's pacifism.

Ada's perspective is certainly limited and flawed, and that's okay, but Gavriel had reasons - entirely justified and admirable reasons - for giving up violence. I actually respected him more when I thought he was a hero who shunned combat. Nonetheless, he returns to it really easily. So violence is good?

However, fighting hurts Gavriel's soul and increases his mental anguish. So it's bad, now? Which is it? Is Gavriel suppressing his manly-man fighting spirit by abstaining from violence or is he saving himself from future hurt?

It honestly seemed like both a cop-out and a lost opportunity - one aspect of the book is how Gavriel's intelligence is constantly underestimated. It would have been interesting to watch Gavriel come up with cunning and strategic ways to defuse situations without resorting to violence. Instead we just read how easily he succumbs to temptation and picks up a sword again - all the while being incredibly mopey and angsty about it, and that's not interesting to read about at all.

Around page 209, I started skimming. Thankfully, it doesn't look like I missed much - there is a surprisingly large amount of sequel baiting in the final quarter of the book along with self-flagellation (!), the evil guys are evil, and Gavriel does the self-sacrificing thing and muddies the thematic waters even more by violently defeating the villains, only he doesn't do it AS violently as he would have a year ago. Progress?

I tried with this one, really, I did, but it looks like I've just had a run of terrible luck with books. This next book, however, I SWEAR I'll finish. You can hold me to it - with pitchforks and torches.
DNF

You can purchase "Scoundrel's Kiss" here.