So part of my new focus on my blog is my decision to try and participate in more memes. Not every week, and maybe not always the same meme, but if the meme makes me think and examine how and what I've read, that's when I decide to put my feet in.

Today I'm participating in Top Ten Tuesday, hosted by The Broke and the Bookish. This week's theme is the Top Ten Books That Were Totally Deceiving - i.e. books whose covers and/or descriptions are completely at odds with the book I wound up reading. I decided to jump in because for me, that's a challenge. I'm expanding my reading now, but before? I read almost exclusively romance, which is known for covers that use standard stock photos of shirtless dudes in varying period wear rather than anything that really imparts the plot. But eventually, I came up with a pretty good list: 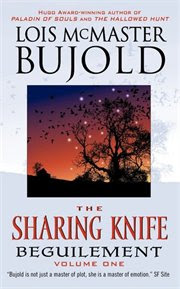 From the back cover, I was expecting this to be a fantastic, adventurous fantasy quest tale. IMAGINE MY SURPRISE when it turned into a slog of a roadtrip romance with loads of angst and little actual action or magic! Purchase here 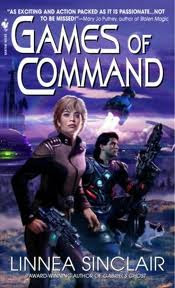 2. Games of Command, by Linnea Sinclair

This cover makes it look like a late 80s hard sci-fi rock opera, am I right? You'd never guess it was a romance novel with a sci-fi setting! That's how I tried to trick my dad into reading it (with a piece of scotch tape hiding the "romance" tag on the spine). In recent years, the publishers actually have tried to give it a more romance-y cover. Purchase here 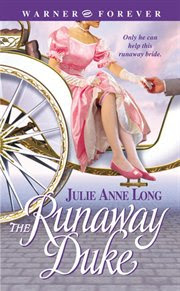 I loathed this book, and romances are known for oblivious covers, but this one really takes the cake - it's a stock photo with cutesy pink and purple colours, it makes it look like a frothy Cinderella-esque comedy of manners. Instead, it's another (sigh) roadtrip romance, this time between a bubbleheaded heroine who wants to be a doctor and would probably never be caught dead in a dress that colour, and a creepy older hero. Purchase here 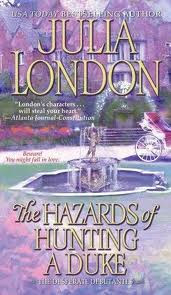 4. The Hazards of Hunting a Duke, by Julia London

This one was a pleasant surprise - despite the pastel-coloured cover of vague Regency houses and the cloying title, both of which are traditionally given to lighter, historical romance comedies, Hazards was a surprisingly layered, darker, and more introspective read, with some well-drawn characters. Purchase here 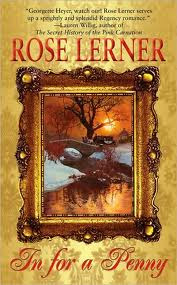 This cover still puzzles me - it's very unusual for an historical romance novel (no headless ladies in billowing gowns or heroes with their shirts billowing open), but at the same time, it's even more vague. This cover doesn't indicate anything about ANY plot, much less the entertaining, realistic, and historically relevant one of In For a Penny. I would never have glanced twice at this in a bookstore - thank God for a referral from the brilliant Booksmugglers! Purchase here. 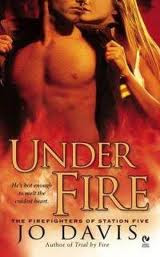 Okay, so this was one where the description on the back was deceiving. The back cover blurb says it's about a shy, virginal firefighter who falls for an exotic dancer heroine. I was excited for this book, because I really love romances that turn sexual gender roles on their heads - i.e., pairing a dominant, sexually-experienced heroine with an inexperienced hero. Unfortunately, we get a lukewarm romance where the "sharp tongued" exotic dancer is only doing it to get through nursing school (that trope's older than I am!) and the hero's "nerdiness" is told rather than shown. Bleh. If you're still interested, you can purchase it here 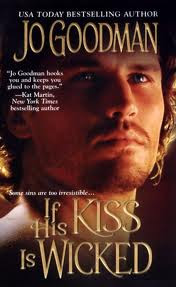 7. If His Kiss Is Wicked, by Jo Goodman. 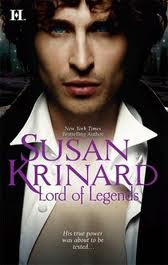 8. Lord of Legends, by Susan Krinard.

This one is also a Big Giant Head, but the reason this Big Giant Head cover is super-deceiving is that NEITHER main character looks like this guy. The hero is a unicorn who was turned into a human - a human with SILVER hair and bright blue eyes. So who's the schmuck on the cover? Purchase here

9. How to Knit a Wild Bikini, by Christie Ridgway.

I LOVED this book, but the bright colours of the cover combined with the cute knitting-inspired title completely belie the surprisingly dark story and tortured heroine. This is a great emotional read with a secret-nurturer hero, but don't expect a fluffy beach read! Purchase here 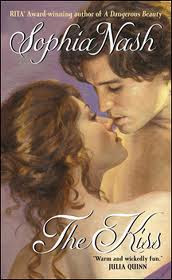 10. The Kiss, by Sophia Nash.
I could wax rhapsodic about the gorgeous cover and simple, suggestive title for hours, but the fact remains that a beautiful package doesn't guarantee equally good contents. The "kiss" in the book doesn't have very much chemistry, and the heroine is a sappy sadsack doormat. Best avoided. Purchase here