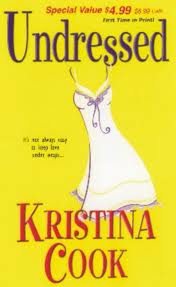 The Chick: Lady Margaret Ballard, a.k.a. "Brenna Maclachlan." A Scottish landowner whose parents recently died, leaving her in command of their significant and prosperous estate.
The Rub: It turns out they weren't her parents - but the people who stole her from her real family, a snobby British clan who want her to come back to London with them. But how well can this Scottish lass fit into upperclass British society?
Dream Casting: Bryce Dallas Howard.


The Dude: The Honourable Mr. Colin Rosemoor. A genteel aristocrat whose reputation and standing in society are ruined when a scoundrel falsely accuses him of cheating at cards.
The Rub: He meets and is instantly smitten with Brenna - but should he risk tarnishing her innocent reputation by association?
Dream Casting: Ryan Kwanten.

Brenna: Och! What are ye doin' on mah lahnd?

Lady and Lord Danville: Come back to England with us! We missed you so much after those people kidnapped you!

Brenna: OMG HOW DARE YE INSULT THE PEOPLE WHO STOLE ME FROM MY HOME, THEY WERE SUPER AWESOME AND LET ME HAVE FRUIT ROLL-UPS FOR DINNER, WHAT DID YE PEOPLE EVER DO FOR ME - except give birth to me and worry about me for ... 26 years .... okay fine.

Lady and Lord Danville: Omg ugh we're gonna be stuck with this old maid Scottish daughter forEVER, can't anyone just, like, take her? We've got a huge dowry and everything!

Brenna: ARE YOU KIDDING ME.

Colin: 'Sup - I've been kicked from society for cheating at cards so I conveniently sympathize with all your problems, also I'm hot.

Evil Brother: Jolly good thing we did framing Colin for cheating, care to marry my sister?

Evil Villain: Only if I get to rape her first!

Brenna: Your drinking problem and our inevitable separation where I run away to Scotland and you come after me and save me and my cat from a burning tower.

Colin: Let's not and say we did?

The Word: If I've learned anything about my reading habits this month, it's that the worst thing to read isn't a bad book - but a boring one.

Hence why I DNF'd these slogs, but continued to read Undressed, Kristina Cook's lazily-written, bluntly contrived crazypants novel to the very last page. I hated this novel - and was also mightily entertained by its hatefulness.

Here are the three things I learned from Kristina Cook's Undressed:

1. It's not morally repugnant and evil to abduct a baby from a loving family as long as you wuv her vewy much.
The gist is this: 26 years ago, two wealthy, childless members of the Scottish gentry crept into England, stole Lord and Lady Danville's infant daughter Margaret, and then high-tailed it back over the border to raise her in the True Scottish™ Way as Brenna Machlachlan, their daughter and sole heir who speaks with an annoying phonetically-spelled Scottish brogue.

That is, until a timely deathbed confession of an accomplice brings Lord and Lady Danville to Brenna's door (conveniently after a fever has removed both babysnatchers to the, ahem, warmer regions of the afterlife), and a tasteful birthmark in the shape of a fleur-de-lis on Brenna's right thigh (of course!) confirms her identity. However much she dislikes the English, Brenna is still mourning the death of her abductor-parents, so the chance to know her real ones (as well as her long-lost twin brother Hugh) convinces her to return with them to London.

Try as I might, I couldn't stop tripping over this appallingly mishandled and offensive set-up for most of the novel's first half.

It helps to explain the historical (*snort*) worldbuilding - in this novel, the subtleties of Scottish-English relations in the 19th century are sensitively and respectfully recreated by rendering everything Scottish good and everything British bad.

Therefore, the Scottish parents who stole a child from a loving family for their own selfish ends are the Awesomest People In the World, who raised Brenna in the True Scottish™ Way, whereas the British birth parents who had their infant snatched from their arms are depicted as shallow, hypocritical assbags who, two seconds after rejoicing at the return of their long-lost daughter, are fanatically eager to get this shamefully Scottish old maid off their hands as soon as possible with the first suitor who comes calling.

The only thing I like more than a storyline that trivializes child abduction is one that implicitly victim-blames the family who lost their daughter because of their culture!

2. Literally every man and woman of British descent is evil - or at the very least a pompous jerkbag.
But enough about Stealing Babies For Fun and True Scottish™ Profit - while all this is going on, our hero, a delightfully flouncy and sullen gentleman named Colin Rosemoor, is falsely accused of cheating at cards and is therefore socially ruined. He spends a number of pages swirling his greatcoat and storming in and out of buildings shouting "my father won't stand for this!" and "this is an outrage!" - making repeated pit stops for brandy and a hand of cards. While he has no proof, he's convinced a scumbag named Sinclair framed him. He runs into Brenna on his way to present his case to his friend Hugh (her brother), and later on at a ball, where they trade the usual repartee that ends up sparking undying attraction.

Brenna initially assumes the worst of Colin - not only because of his tarnished reputation, but because he's English. Brenna is a beacon of True Scottish™ Self-Righteousness whose favourite leisure activity is "keeping her ledgers" - which apparently makes her a highly-prized party animal in True Scotland™ instead of a boring old stick. Despite how often the book tells us she's a Strong True Scottish™ Woman, she's really an Old-School Damsel in disguise - the kind that swoons, flees in tears, and turns her ankle every time she puts a foot wrong - the better for our hero to rescue her. Bah!

I tired very quickly of the whole Rah-Rah True Scotland™ attitude - it'd be believable if it was just Brenna who believed this, but the whole novel perpetrates the cartoonishly black-and-white idea that people raised in True Scotland™ are pure and hard working and devoid of all faults or sins (except, you know, an unfortunate tendency TO STEAL BABIES), whereas people raised Ye Olde Evile England™ are just naturally predisposed to turn out asshats.

See: Brenna's birth family. As it turns out, Brenna's brother Hugh was in cahoots with Sinclair the whole time to frame Colin for cheating, in order so that Hugh could court and marry Colin's sweetheart, Honoria. Very conveniently, Brenna overhears a conversation between the Evil English™ conspirators where she learns what Sinclair expects in return: her hand and enormous dowry in marriage, consent-optional. Yes, because Evil English™ dudes are totally fine talking about Raping Each Other's Sisters. That is not contrived or wildly unrealistic at all.

Brenna flees from this Not Contrived Or Wildly Unrealistic Conversation to discuss this revelation with her new BFF, Jane Rosemoor (Colin's sister), but a Series of Lazily-Written Coincidences conspire to place her in Colin's bedroom with a shirtless Colin and her skirts up around her hips just in time for Colin's mum to pay an unfortunately unannounced house call - whoops!

As it turns out, a Hastily-Arranged Marriage is our Evil English™ villains' one weakness, and they slink impotently into the background after a few catty remarks and are never heard from again until a Random Background Character exposes their scheme and undoes their Evil English™ work at no cost or effort to our actual protagonists. Lovely.

3. Alcoholism and gambling addictions are sensitive issues that deserve to be treated with subtlety, realism, and respect.
With the Evil English™ Villains' plot foiled, there isn't much much left for Brenna and Colin to confront - except for Colin's drinking and gambling problems, which were exacerbated by the aforementioned stressful events.

Astoundingly, in a novel where every other plot point is contrived, exaggerated, distorted, and basically handled with all the delicacy and shades of gray of a child's finger painting of Edward Cullin, the depiction of Colin's descent into addiction is actually clever and subtle!

The book never actually comes out and says that Colin has a drinking or gambling problem until about two-thirds through the novel,  and suddenly the constant mentions Colin makes to brandy, the way he downs flutes of champagne in social situations when he's stressed out, his desire to go out and play cards after a particularly disheartening day - it all comes together to make a fully-realized picture of casual drinking and gambling taken too far that actually makes sense.

It develops slowly, gradually, but persistently - until (and I'm not making this up) he yells at his father during an argument and his father literally has a heart attack and dies in front of him. Now, Colin is suddenly coming home plastered, with no memory of what happened the night before, and spending days ill in bed after abstaining from the brandy he thought he only imbibed socially. Because of the gradual development, Colin is completely unwilling to face the fact that he has a problem - a completely understandable and reasonable development! - until he hits rock bottom and drunkenly gambles away a parcel of Brenna's land to an Evil English™ landlord who intends to clear out the innocent True Scottish™  tenants to raise (presumably Evil English™ ) sheep.

Horrified and betrayed, Brenna leaves him and returns to True Scotland™.

Sadly, the sensitive portrayal ends there. The power of True Love helps Colin overcome his addictions by himself thanks to his Awesome Self Control and he tears off to True Scotland™ just in time to save Brenna when the tower she's in catches fire after it's struck by lightning (for reals) - even though Brenna nearly does herself in by staying in the burning tower to save her cat. These two goons deserve each other.

Yes, this novel was Insane In the Membrane, poorly-plotted, lazily-characterized, and pretty offensive in terms of how casually and thoughtlessly it handles Babysnatching and Scottish-English relations - but at least it was entertaining.

If you really want to, you can Undressed here.