Hey y'all! It's Sunday, and you know what that means! Time to see what lovely pretties my blogger friends brought to my attention this week! 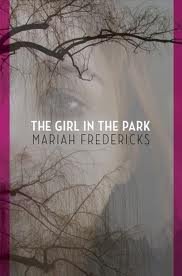 The Girl in the Park, by Mariah Fredericks

Genre: YA, Mystery
Cover Snark: Someone left her cake out in the rain...
The Story: A social outcast at a wealthy prep school is determined to find the person who killed her popular, party-girl friend.
Why I Want It? Props to the ladies at Dear Author for bringing this to my attention. Basically, it sounds a lot like my Current Favourite Book of All Time, Lauren Myracle's Shine, only in more fancy and less crystal-meth-y surroundings. 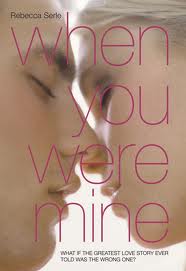 When You Were Mine, by Rebecca Serle
Genre: YA, Romance
Cover Snark: Get a room!
The Story: A retelling of the Romeo and Juliet story - only from the POV of Rosaline (that random chick Romeo dumped before shacking up with Jules) in the modern day.
Why I Want It? Honestly, I wasn't too interested in this story at first, because, let's face it, I'm not a fan of Romeo and Juliet. Those were two crazy-ass kids who really needed to SIMMER DOWN and, like, chill with a nice glass of Peregrino before choosing to take the Poison Train to Tragically Crazy In Love Town. Also, from the original description of the book, it sounded like one of those sappy "You Belong With Meeeeee" type of stories where the pure, wronged Rosaline longs after poor Romeo caught in Juliet's slutty cheerleader clutches.

But I would be wrong. Several blog reviews later, the one from Forever Young Adult sealed the deal and cleaned up that misconception. It's not actually about how Rose (who is actually popular and well-liked!) tries to win back her best friend Rob while the narrative slut shames crazy-ass Juliet. It's really more about how Rose gets over depending on guys and becomes her own awesome person. 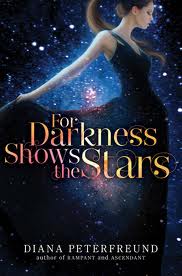 For Darkness Shows The Stars, by Diana Peterfreund

Genre: Science Fiction, Dystopian, Romance
Cover Snark: Holy crap, lady, EAT A SANDWICH!
The Story: In a world torn between those who reject technology and those who esteem it, a noble girl and the lower-class man she initially rejected reunite when a secret emerges that could rock their whole society.
Why I Want It? I had literally never heard of this book or what the plot of it was before coming across Pure Imagination's review. Did I mention it's a science fiction retelling of Jane Austen's Persuasion? Yes, yes, a thousand times yes! 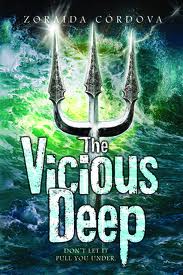 The Vicious Deep, by Zoraida Cordova

Genre: YA, Fantasy
Cover Snark: "I killed a man with a trident!"
Story: An arrogantly hot lifeguard discovers he's secretly a mermaid prince. *cough* Sorry - merman prince!
Why I Want It? Chalk this one up to another awesome Booksmugglers Review. It sounds awesome - a blond, hot surfer dude who's way more in love with himself than he should be finds out he's the heir to an underwater throne, and he has actual responsibilities! The only worry I have is that this is published by Sourcebooks, and the last mermaid book from them I read - hell, EVERY book from them that I've read with the exception of Laura Kinsale's latest has been redonkulously stupid. Maybe they're better now?

What books are you looking forward to?
Posted by AnimeJune at Sunday, April 29, 2012